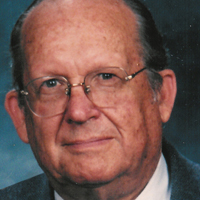 After joining USC in 1952, Reaves taught almost every course in the astronomy department.

Gibson Reaves, Professor Emeritus of Physics and Astronomy at USC, died April 8, of cancer. He was 81.

Reaves joined USC in 1952 and taught almost every course in the astronomy department, which at that time was unique in that it exclusively served undergraduate students.

In 1974, he received the USC Associates Award for Excellence in Teaching and was named a Distinguished Emeritus in 2000.

He was a Lick Observatory fellow in residence from 1950 to 1952 in Mt. Hamilton, near San Jose, Calif., and in 1958 he was appointed regional director for the Harlow Shapley Visiting Professorships, through which he lectured at 21 institutions in the United States and Canada.

During his career, Reaves published nearly 100 papers or abstracts. His most significant early papers concerned dwarf galaxies in galactic clusters. From his studies of the Virgo, Coma and Fornax clusters of galaxies, he showed for the first time that dwarf (underluminous) galaxies were the most abundant kind of galaxies in the universe.

His research also focused on the orbits of asteroids, one of which, (3007) Reaves, was officially named in his honor in 1985 by the International Astronomical Union. Several of the names he suggested for asteroids in 1986 were adopted, including (3104) Durer, (3106) Morabito and (3633) Tisserand.

Reaves’ work on orbit calculations was used by the Jet Propulsion Laboratory for reliable calculations of the positions of Jupiter’s moons.

Reaves was a referee for Astrophysical Journal, Astronomical Journal and The Astronomy Quarterly, and he served on advisory panels to evaluate National Science Foundation and National Endowment for the Humanities proposals.

Reaves was affiliated with numerous national and international planetariums and observatories and was a member of the board of directors of the Astronomical Society of the Pacific.

Reaves was a member of Sigma Xi, an honorary member of Phi Beta Kappa and was initiated into Skull & Dagger in 1990. “He considered teaching to be his greatest service,” said his son, Benjamin.

Reaves is survived by his wife of 50 years, Mary; son Benjamin; and granddaughter Grace.

Professor of Physics and Astronomy Dies