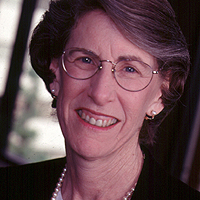 “Tamoxifen continues to be an important tool for … reducing risk of recurrence and a second primary breast cancer,” said Leslie Bernstein, professor of preventive medicine.

Writing in the May 9 issue of the British Journal of Cancer, researchers from the Keck School of Medicine of USC and Kaiser Permanente Southern California indicate that tamoxifen therapy neither raises nor lowers the chance of a subsequent heart attack in women who have had breast cancer.

The findings add to growing knowledge about tamoxifen’s cardiovascular effects after breast cancer treatment. In 2004, the same research team found that tamoxifen did not raise stroke risk in breast cancer survivors.

Researchers are uncertain about the significance of the radiotherapy finding � the study was not designed to explore radiotherapy’s relationship to heart health, they note � and they caution that further research is needed before drawing conclusions on radiotherapy’s heart impact.

“Within the past few years, studies have shown the value of a new class of drugs, the aromatase inhibitors, in preventing breast cancer’s recurrence among postmenopausal women,” said study senior author Leslie Bernstein, professor of preventive medicine and holder of the AFLAC Chair in Cancer Research at the Keck School.

“Tamoxifen, though, continues to be an important tool for improving prognosis and reducing risk of recurrence and a second primary breast cancer.

“As alternative therapies become available, it’s important for us to know the full impact of tamoxifen on a woman’s health, to help with treatment decision-making,” Bernstein said.

Oncologists began prescribing tamoxifen, which blocks the effects of estrogen, to treat postmenopausal breast cancer in 1978.

Since then, the drug has also been shown to reduce the risk of cancer in the opposite breast, as well as breast cancer recurrence. It also cuts breast cancer risk in half among women considered at high risk for the disease. But tamoxifen’s long-term effects on other aspects of health have not been fully explored.

Of 11,045 women in the Kaiser Permanente system who were diagnosed with breast cancer over two decades, 134 women experienced their first heart attack � also known as a myocardial infarction � in the years after treatment.

In their analysis, researchers matched each of the 134 women to two other women who had been diagnosed with breast cancer at the same age and during the same year, but who had not suffered a heart attack. The typical breast cancer patient was 67 years old at diagnosis.

Researchers found that use of tamoxifen was not associated with risk of heart attack, either overall or when grouped by duration of use, dose of the drug or how recently the drug was used.

Breast cancer survivors who smoked, had diabetes or had high blood pressure requiring medication all had higher risk of heart attack. Radiation, too, was associated with higher heart attack risk.

Although the association between radiation and heart attack risk must be further explored, the researchers noted that women with a history of radiation therapy or other potentially heart-damaging therapy for breast cancer “will benefit from ongoing risk factor monitoring and lifestyle modifications to improve cardiovascular health.”