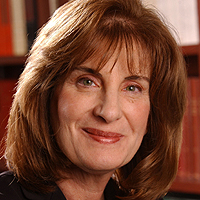 Youths with type 1 diabetes, especially boys, already show early signs of cardiovascular disease by their teen-age years, according to researchers from the Keck School of Medicine of USC and Childrens Hospital Los Angeles.

Teen-age boys with type 1 diabetes showed evidence of greater atherosclerosis, a thickening of the artery walls, than those without diabetes, according to the study.

Researchers also noted that boys with diabetes who smoked, inhaled second-hand smoke or had unfavorable levels of blood lipids such as cholesterol tended to have even thicker artery walls.

The team presented its findings at the American Diabetes Association’s 65th Scientific Sessions.

“This would suggest that aggressive anti-smoking strategies be employed, as well as perhaps a more aggressive approach to treat lipid abnormalities. But this requires further investigation,” said study senior author Francine R. Kaufman, professor of pediatrics in the Keck School and head of the division of endocrinology and metabolism at Childrens Hospital Los Angeles.

Researchers compared 90 teen-age boys and girls with type 1 diabetes to 16 other teens the same age without the disease. In each participant, they looked at the intima-media thickness (IMT) of the common carotid artery � basically, the thickness of the wall of the main neck artery. That thickness can hint at atherosclerosis progression.

Atherosclerosis, an accumulation of cholesterol-containing plaques along the artery walls, can eventually cause heart attack, angina and stroke.

IMT was higher among boys with poor glucose control, exposure to smoke and higher total cholesterol and apoliprotein B levels. Apoliprotein B (apoB) is a nonfat particle in the blood that helps transport low-density lipoprotein (LDL), the so-called “bad” cholesterol.

Kaufman noted that researchers also tested for certain markers in the blood that are related to inflammation of the inner artery walls.

Researchers believe these markers, such as fibrinogen, may indicate heightened inflammatory processes along the artery walls and more imminent risk of cardiovascular disease. However, researchers found no relationship between levels of these markers and IMT in the teen-agers.

Researchers also are unsure why the teen-age girls with type 1 diabetes fared better on IMT measurements than boys. “Girls appear to have a gender benefit, as do pre-menopausal women without diabetes,” Kaufman said. “It is not known how long this gender benefit persists in teens and young adults.”

Teens With Type 1 Diabetes Are at Risk