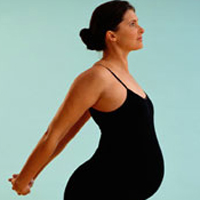 The USC study is designed to evaluate the efficiency of egg freezing.

Fertility researchers from the Keck School of Medicine of USC have achieved America’s first pregnancy of triplets resulting from frozen eggs.

It is the first triplet pregnancy in the world using a woman’s own frozen eggs.

Physicians from USC Fertility, a nonprofit fertility practice at USC, implanted the fertilized eggs as part of an ongoing clinical trial.

The physicians have a 20-year background in cryo-preservation: In 1986, USC doctors achieved the conception of America’s first baby born after embryo freezing and, in 1987, reported the first triplet pregnancy after frozen embryo transfer.

Jain noted that the technology is needed for women who might otherwise have no way to conceive a child. “Many young women diagnosed with cancer lose their fertility through cancer treatment. They lose their ability to have children in the future,” Jain said. “Some women also undergo early menopause. This gives them the chance to still have a family.”

The USC study is designed to evaluate the efficiency of egg freezing.

Patients in the study are volunteers who need in vitro fertilization (IVF) to conceive and who have agreed to have all their eggs frozen. The eggs are kept in liquid nitrogen (-196 degrees Celsius); then they are thawed, inseminated and placed back in the patient’s uterus.

Los Angeles resident Silvia Fajardo, a 31-year-old infertile woman, is expected to deliver her fraternal triplets in early 2006. She and her husband, Eric Alberto Urzua, 28, are part of the USC trial, which is the first of its kind. Researchers plan to release initial results from their study later this year.

“This study is important for anyone who is longing for a family,” Fajardo said. “We know there are many families in the world who have spent so many years, so many sad times hoping for a family. This kind of treatment can make their dreams come true, as it did ours.”

While physicians have used frozen sperm and frozen embryos to help couples achieve pregnancy for decades, the practice of cryo-preserving eggs for future fertilization remains relatively rare, with only about 200 babies born worldwide through this technique.

However, physicians have not established egg freezing as a standard fertility therapy. To do that, they must evaluate the therapy through rigorous scientific testing and peer-reviewed studies. The American Society for Reproductive Medicine currently considers egg freezing investigational and recommends its use only through clinical trials.

That is why Jain and Paulson take the technology so seriously.

“When a woman wants to save her eggs for the future, that’s her genetic legacy,” Jain said. “We have to be cautious with that. Fortunately, blending excellent lab science with our established clinical skills, we have had outstanding success with pregnancy through this technology.”

USC Fertility is a leader in fertility-related clinical research and is dedicated to developing treatment breakthroughs and providing all potential parents reliable and scientifically tested alternatives for building families today and tomorrow.

Roe v. Wade repeal may exacerbate women’s health inequities even as candidates use it to gain votes, USC experts say

Health experts see abortion as a public health issue — but in politics, it’s a campaign issue and this is a critical election year.

Supreme Court abortion ruling on Roe v. Wade: 5 things that could happen next

A USC expert on medicine access, drug utilization and pharmaceutical policy weighs in on what’s at stake across the country.

Up to 2% of pregnant women experience nausea and vomiting so severe that it can lead to problems with fetal development. A USC-led study offers insight into the condition and may help in predicting and diagnosing it.

The USC study shows women from disadvantaged communities are at greater risk of postpartum depression after higher exposure to ambient air pollutants.