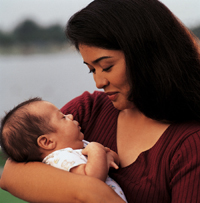 The study is the first to analyze nationwide spending on immigrants’ health care.

Immigrants in the United States receive less than half the health care services that native-born Americans receive, according to findings published in the August issue of the American Journal of Public Health.

Immigrant children get even lower levels of care, receiving 84 percent less than U.S.-born children, according to researchers at the Keck School of Medicine of USC and at Harvard and Columbia universities.

“Our study lays to rest the myth that expensive care for immigrants is responsible for our nation’s high health costs,” said Sarita Mohanty, assistant professor of medicine at the Keck School, who led the study while at Harvard.

“The truth is that immigrants get far less care than other Americans. Further restricting their eligibility for care would save little money and place many immigrants � particularly children � at grave risk,” Mohanty said. “Already, many immigrant children fail to get regular checkups, and as a result more end up needing emergency care, or get no care at all.”

The study is the first to analyze nationwide spending on immigrants’ health care. Researchers analyzed data on 21,241 people in the Agency for Healthcare Research and Quality’s 1998 Medical Expenditure Panel Survey, which collects detailed health-spending data on a representative cross-section of Americans. Researchers determined how much is spent per capita on health care among immigrants and non-immigrants by adjusting for differences between the two groups in age, income, health status and insurance status.

“Our data indicates that many immigrants are actually helping to subsidize care for the rest of us,” said study co-author Steffie Woolhandler, associate professor of medicine at Harvard. “Immigrant families are paying taxes � including Medicare payroll taxes � and most pay health insurance premiums, but they’re getting only half as much care as other families.”

Study co-author Olveen Carrasquillo of Columbia University’s College of Physicians and Surgeons noted: “Latino immigrants had the lowest health expenditures � $962 per person � which is half those of U.S.-born Latinos ($1,870) and less than one third those of U.S.-born whites ($3,117). The future economic success of the United States depends on a healthy immigrant workforce. Our findings suggest an urgent need for partnerships between health organizations and community groups to improve access to care, particularly for minority immigrants.”