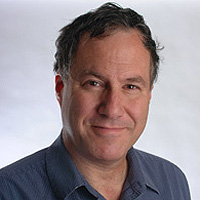 Jonathan Aronson has been named the new executive director of the Annenberg Center for Communication.

Aronson succeeds Dean Elizabeth Daley, who has directed the center since its founding in 1994. Daley will continue leading the School of Cinema-Television and will also serve, at the request of Provost C.L. Max Nikias, as the executive director of the Institute for Multimedia Literacy. The IML will expand from being an Annenberg Center project to an organized research unit within the Cinema School, also effective Sept. 1.

“When the Annenberg family established the center,” Nikias said, “they sought to create a place that would encourage scholars and researchers to look beyond their individual fields and to seek out colleagues from other disciplines who shared the same passion for understanding a problem, yet who brought different skills and approaches to discovering a solution.

“Over the course of the past decade, the Annenberg Center has excelled in this mission, enabling faculty, students and staff from the Annenberg, Cinema-Television and Viterbi schools to find common ground and forge innovative partnerships,” he added.

Aronson, an expert on communication and information technology policy and its role in globalization, believes that “the research and ideas that emerge from the center can fundamentally influence the shape of the ongoing digital communications and I.T. revolution. This in turn affects everything and everybody.”

As director, his goal for the center is to “nurture interdisciplinary bridges and understanding, which in turn will ensure that the University of Southern California is at the leading edge of communications research and ideas.”

Aronson is a graduate of Harvard and holds a Ph.D. from Stanford. His current research focuses on the ways in which communications and network developments related to privacy, equity, standard setting, competition policy and international intellectual property shape the path of globalization.

As in the past, under Aronson’s leadership the center will develop programs until they are ready to go out on their own, support ongoing efforts and launch new initiatives.

The IML � which is based on the philosophy that true literacy in the digital age requires a mastery of sound and image, as well as text, to fully express oneself � typifies this approach.

In addition, Aronson strongly supports the 2005-06 Annenberg Annual Research Theme launched under Daley’s leadership. This effort will bring together about 15 graduate, postdoctoral and USC faculty fellows from the humanities and sciences for the next year to probe what it means to be living in an era of “Networked Publics.”

Regarding new center initiatives, Aronson intends to actively engage the USC community for ideas. “I need to listen to a lot of people and weigh many possibilities before we decide on new paths. The one thing I can guarantee you, though, is that given my background and interests, there will be a strong international and global track.”

Aronson will also receive guidance from a Council of Deans, composed of the deans from the Annenberg, Cinema-Television and the Viterbi schools, as well as Nikias. Annenberg Dean Geoffrey Cowan will serve as the chair of the council.