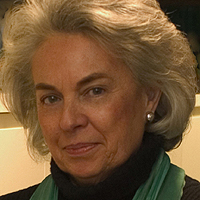 An internationally recognized scientist acclaimed for her contributions to neuroimaging, Damasio joined the USC College faculty this fall as part of the Senior Faculty Hiring Initiative. Previously, she directed the Human Neuroanatomy and Neuroimaging Laboratory at the University of Iowa College of Medicine.

Damasio, professor of psychology and neuroscience, pioneered the use of brain imaging methods in the study of brain lesions, such as computerized tomography and nuclear magnetic resonance imaging, which can be used for diagnosing all of the diseases that affect the brain.

“Hanna’s deep understanding of both form and function of the brain have been crucial to her many publications exploring the physical basis of higher brain processes such as language, memory, emotion and decision-making,” said USC College Dean Joseph Aoun.

A standard reference in the field, the second edition of Damasio’s “Human Brain Anatomy in Computerized Images” was published in May. Her award-winning book “Lesion Analysis in Neuropsychology” is widely used by neurologists, neurosurgeons, neuroradiologists, psychiatrists and neuroscientists, as well as medical and neuroscience students.

“New brain imaging methods offer unprecedented possibilities for the study of human nature,” Damasio said. “But for those studies to succeed, neuroscience must form partnerships with, for example, the social sciences, engineering and psychology. The structure and faculty of USC College are ideal for such collaborations.”

This “highly interdisciplinary approach to brain science will no doubt lead to extraordinary discoveries,” Aoun said.

The fMRI scanner was funded in part by a National Science Foundation Major Research Instrumentation Award. The principal investigator of the NSF Award, Irving Biederman, has served as interim director of the Dornsife Center since its inception.

A leading scholar of visual neuroscience, Biederman holds the Harold Dornsife Neurosciences Chair in the College and is a professor of psychology and computer science.

Users of the fMRI are expected to include 30 faculty and more than 100 graduate students and postdoctoral researchers from a variety of academic units, including the USC Neuroscience Program and the departments of psychology, biological sciences, kinesiology, neurology, psychiatry, computer science, gerontology, biomedical engineering, electrical engineering and the USC-affiliated House Ear Institute.

Cognitive scientist Zhong-Lin Lu, a professor of psychology and expert on brain imaging techniques, has been named co-director of the Dornsife Imaging Center. Lu, who originally trained as a physicist, studies vision, attention and information processing in the brain.

Lu hopes that in the future the center will be known not only for its discoveries about the human brain and the nature of consciousness but also for the development and invention of improved techniques to image the brain.

With a dual mission of research and education, the Dornsife Center features a larger than normal control room outside the scanner, where there is enough space for a small class to observe the scanning process and conduct discussions.

Currently, there is a high demand for researchers trained in advanced imaging technologies. The center will allow graduate and undergraduate students to take courses and receive hands-on training on fMRI and related techniques.

“USC is a vibrant community that has an enormous enthusiasm for interdisciplinary studies,” Damasio said. “That is the beauty of the Dornsife Center. Now that we have the facility and the fMRI machine, we can bring scientists from different disciplines together to unlock some of the mysteries of the human mind.”