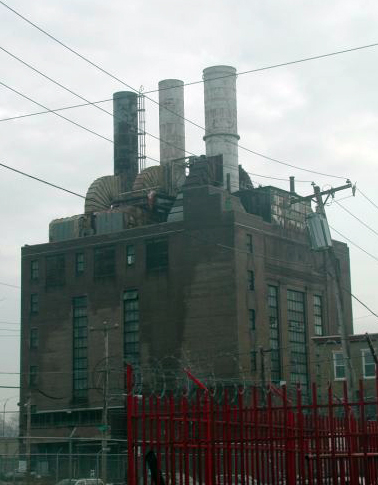 Air pollution may be more culpable in early deaths than previously thought.

Experts may be significantly underestimating air pollution’s role in causing early death, according to a team of American and Canadian researchers, who studied two decades’ worth of data on residents of the Los Angeles metro area.

When the epidemiologists examined links between particle pollution and mortality within more than 260 Los Angeles neighborhoods, they found that pollution’s chronic health effects are two to three times greater than earlier believed. The study appears in the November issue of Epidemiology but was published early on the journal’s Web site.

Among participants, for each increase of 10 micrograms per cubic meter (�g/m3) of fine particles in the neighborhood’s air, the risk of death from any cause rose by 11 to 17 percent, according to Michael Jerrett, Ph.D., associate professor of preventive medicine at the Keck School of Medicine of the University of Southern California and the paper’s lead author. Fine particle levels can differ by about 20 �g/m3 from the cleanest parts of Los Angeles to the most polluted.

“By looking at the effects of pollution within communities, not only did we observe pollution’s influence on overall mortality, but we saw specific links between particulate matter and death from ischemic heart disease, such as heart attack, as well as lung cancers,” Jerrett says. Ischemic heart disease mortality risks rose by 25 to 39 percent for the 10 �g/m3increase in air pollution.

Researchers examined data from 22,906 residents of Los Angeles, Riverside, San Bernardino and Ventura counties in the American Cancer Society’s Cancer Prevention Study II since 1982. They determined air pollution exposure in 267 different zip codes where participants lived. The vast number of participants allowed scientists to control for dozens of factors that influence health outcome, such as smoking, diet and education. Finally, they compiled causes of death for the 5,856 participants who died by 2000.

When considering air pollution, the epidemiologists specifically looked at levels of particulate matter, a mixture of airborne microscopic solids and liquid droplets. That includes acids (such as nitrates), organic chemicals, metals, dust and allergens.

Small particles less than 2.5 micrometers in diameter pose the greatest problems to health because they can penetrate deep into the lungs and sometimes even enter the bloodstream. In this study, the researchers tracked this particulate matter, called PM2.5 for short, across the neighborhoods of Los Angeles. It is often found in smoke, vehicle exhaust, industrial emissions and haze, driven by the burning of fossil fuels. Scientists also tracked ozone pollution, but found no link between ozone levels and mortality.

Increased deaths from heart disease jibe with the scientists’ earlier research showing links between air pollution and atherosclerosis, a thickening of artery walls that may lead to heart attack and stroke. They believe particulate matter may promote inflammatory processes, including atherosclerosis, in key tissues. “We have convincing evidence that those causes of death that we might expect from inflammation, ischemic heart disease and lung disorders, are elevated in areas of higher pollution levels,” he says.

Researchers also saw more than a twofold increased risk of death from diabetes, although numbers of diabetes-related deaths were smaller than those from heart disease, making findings less reliable. “People who are diabetic may be more susceptible to day-to-day fluctuations in air pollution,” Jerrett says. “They may experience a state of greater inflammation�related to insulin resistance�that makes their lungs more receptive to receiving harmful particles.”

Jerrett notes that findings might have been affected by participants who moved during the study or who changed their lifestyle since 1982. Another limitation is that scientists could only use participants’ zip codes, rather than their home addresses, to determine their home neighborhood.

Researchers will conduct a similar study in New York City to try to duplicate findings. They hope to determine whether Los Angeles’ tailpipe-emission-driven pollution poses a greater danger than that in the eastern United States, where power plants and factories contribute more heavily to pollution. They also plan to better understand pollution’s effects on diabetes, and will use more specific measures to assess pollution within neighborhoods.

Because of the large number of participants in the American Cancer Society’s study (more than a million people in 150 cities), policymakers in the past have relied heavily on findings from the study to set the nation’s air-quality standards.

“These findings should give us some pause to think about what we need to do as a society,” Jerrett says. “Restrictions on tailpipe emissions have gotten tighter, but there are more trucks and cars on the roads and people are driving farther. This study may cause us to reflect on how we use our cars, what cars we drive and whether we can do anything to make tailpipe emissions from all vehicles less harmful to health.”

The Health Effects Institute and the National Institute of Environmental Health Sciences supported the research.