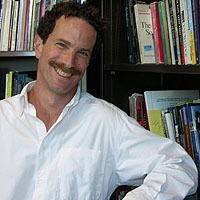 Faith-based efforts to help people in need will not succeed with compassion and good intentions alone. The key is to create the long-term, mutually respectful relationships that bridge the gap between the haves and the have-nots, according to a USC professor.

The names of the city and the groups were not revealed to preserve confidentiality.

Only one of the projects created long-term relationships, while the other eight folded � some in as little as one year, he said.

“Their style of involvement was different, but they ended up having a lot of the same frustrations and failures,” said Lichterman, an associate professor of sociology in the USC College of Letters, Arts and Sciences.

“Most of the groups wanted to create relationships with low-income people, with county agencies, with other civic, nonprofit groups,” he said. “They failed on their own terms a lot of the time. Most didn’t create the bridges they wanted.”

“‘Christ-like care’ meant zeroing in on individuals who were in pain and trying to disregard their social backgrounds as much as possible,” Lichterman said.

The volunteers helped people with tasks ranging from getting a driver’s license to baby-sitting.

“They wanted to help the family members navigate life. The care-givers tried to be like selfless servants, but did not talk about what that relationship looked like to the people served,” he said.

As time went on, the volunteers grew more and more frustrated because they found that they couldn’t communicate well with the people they were trying to help. At the core, Lichterman said, the problem was that they didn’t really understand where these people came from.

“One volunteer called it ‘culture shock,’ ” he said. “She had never seen a neighborhood like the one her family was from…. Most of the families were African-American. Most of the ‘Christ-like’ caregivers were middle-class and white.”
Lichterman said that some people served by the church groups had trouble trusting white, middle-class volunteers.

“They were skeptical that these volunteers would be just like the ones they had seen before, people who come in short-term and leave and have no familiarity with the neighborhood,” he said.

Another group called itself a social safety-net group and organized food pantries and emergency aid services for people they feared were about to lose their welfare checks. It folded within a year.

The problem with this group and the others was that they were focused on action rather than building relationships � the essential step taken by the one group that succeeded, Lichterman said.

“A lot of these groups � just like Americans all over the country � think that if we just get out and get active and volunteer, that somehow new social ties will take form by themselves. It’s as if people think that there is this invisible hand that will take all of that volunteering and turn it into new ties and stronger communities,” he said.

“The one group out of the nine that really succeeded at building relationships was the one that kept questioning, reassessing and having conversations about the relationships it was trying to build.”

Lichterman drew the following conclusions from his research:

� short-term volunteering, no matter how selfless and caring, does not create the social ties that communities need in order to thrive;

� church groups need to keep talking critically and in depth about their groups’ relation to the people they want to serve instead of assuming it is easy to learn what other people need; and

� the groups must be willing to make mistakes and offend the people they are working to help, because they will.

Whether it is disasters like Hurricane Katrina or long-term faith-based efforts, “compassion is not nearly enough to address human needs,” Lichterman said.

Thinking of religious groups as “pure bearers of compassion” disempowers them “by reducing them to feelers and not thinkers,” he said.

Good Intentions Are Not Always Enough