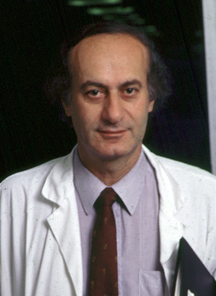 Patients who are taken to a level 2 trauma center after suffering serious injury are significantly more likely to die than comparable patients treated at a major level 1 trauma center, according to researchers at the Keck School of Medicine.

Writing in the October issue of Annals of Surgery, the Keck School team compared outcomes of more than 12,250 patients with critical injuries who were admitted to level 1 or level 2 trauma centers across the nation. They found that patients in level 1 trauma centers were nearly 20 percent less likely to die than those in level 2 centers.

A level 1 facility is a regional academic trauma center and must meet much stricter criteria than a level 2 center. These requirements include a general surgery residency program, research in trauma, a cardiac surgery program and microvascular and replantation surgery. For 24 hours a day, the center must have a dedicated operating room, surgical personnel and a surgical intensive care unit (ICU) physician. The designation also requires a surgically directed and staffed ICU service, in-house computed tomography scan technician, magnetic resonance imaging, acute hemodialysis, a specified minimum annual volume of patients and extramural trauma educational activities.

The research team analyzed data from the National Trauma Data Bank, which is maintained by the Committee on Trauma of the American College of Surgeons and tracks information on types of injuries and outcomes at trauma centers nationwide.

Patients in the study had major injuries, such as trauma to the heart, major vessels or liver, complex pelvic fractures or quadriplegia. The researchers took into account factors such as patient age, gender, mechanism of injury, injury severity and blood pressure on admission, as well as whether hospitals had large or small numbers of patient admissions.

In all, more than 25 percent of patients who entered level 1 facilities died of their injuries, compared to more than 29 percent of patients at level 2 facilities. “This difference was statistically highly significant,” said Demetrios Demetriades, study author and chief of the Keck School Department of Surgery’s division of trauma and critical care and LAC+USC Medical Center’s Surgical Intensive Care Unit.

After adjusting for risk factors, the study showed that the trauma patients had a nearly 20 percent better chance of survival in level 1 centers than level 2 centers.

Currently, trauma patients are transferred to the nearest trauma facility, regardless of its level of designation. Paramedics do not make any distinction between level 1 or 2 facilities when transferring patients.

Authors of the study conclude that these findings may influence the way trauma systems and centers are planned and organized within regions, as well as how trauma patients are triaged.

Trauma is the leading cause of death in people under age 40. Experts estimate that the national annual cost for the care of trauma victims exceeds $200 billion.

Why do the wealthy areas of L.A. have high rates of COVID-19 cases?