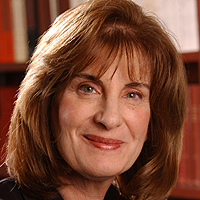 Kaufman is now one of nine USC faculty members who are part of the institute.

Francine R. Kaufman, professor of pediatrics in the Keck School of Medicine of USC, has been named as one of 64 new members of the Institute of Medicine of the National Academies.

Kaufman is now one of nine USC faculty members who are part of the institute. The selections raise the IOM’s active membership to 1,461.

“I am truly honored to be elected to the IOM. During the 30 years of my career, I have focused on children’s health and the emerging epidemics of obesity and diabetes in children, teens and adults, and this is a reflection of that work,” said Kaufman, who is head of the division of endocrinology and metabolism at Childrens Hospital Los Angeles.

Kaufman also is past president of the American Diabetes Association.

The National Academy of Sciences established the IOM in 1970 to honor professional achievement in the health sciences and to serve as a national resource for independent analysis and recommendations on issues related to medicine, biomedical sciences and health.

With their election, members commit themselves to participate in the work of the IOM, which conducts studies and other activities addressing a broad swath of issues in medical science, health services, public health and health policy.

Examples of current studies include a project to recommend appropriate nutritional standards for foods sold in schools and an evaluation of the nation’s system for ensuring the safety of prescription drugs after they have reached the market.

Brian E. Henderson, dean of the Keck School of Medicine, praised Kaufman’s selection. “This honor is certainly well deserved and timely because of Dr. Kaufman’s work in the area of diabetes and obesity,” said Henderson, who also is an IOM member. “Her work relating the two was prescient: She foresaw the coming of this huge social problem we face today.”

Henderson noted that Kaufman symbolizes the importance of Childrens Hospital and its faculty to the Keck School. “She and her ideas have been instrumental in energizing the entire Keck School effort in obesity and diabetes research,” he said. “This is terrific recognition for what she has done, as well as recognition of the Keck School’s obesity program.”

USC and Childrens Hospital, where Kaufman is director of the Comprehensive Childhood Diabetes Center, have been partners for 70 years. Kaufman is part of the Keck Diabetes Prevention Initiative, an extensive effort spearheaded by USC and Childrens Hospital to identify and address the interrelated factors that lead to obesity and diabetes in East and South Los Angeles.

Kaufman is not only a physician focusing on the needs of children and teens with diabetes, but she is also a National Institutes of Health-funded researcher, administrator, teacher and advocate for kids.

She has invented numerous products to help children with diabetes and their families, such as the Extendbar, a snack food that keeps blood sugar stable in patients with types 1 or 2 diabetes, as well as an insulin dosage guide. She also was a pioneer in the development of insulin pumps.

In addition to publishing more than 100 articles on types 1 and 2 diabetes and other metabolic disorders in peer-reviewed journals, and presenting hundreds of abstracts at major meetings throughout the world, Kaufman is involved in unique grass-roots projects, such as camps for children with diabetes.

“As the Institute of Medicine celebrates this milestone, it is a great pleasure to welcome these distinguished individuals as members,” said IOM President Harvey V. Fineberg. “Election recognizes those who have made major contributions to the advancement of the medical sciences, health care and public health. It is considered one of the highest honors in these fields.”

Current active members elect new members from a slate of candidates nominated for their professional achievement. A diversity of talent among members is assured by the institute’s charter, which requires that at least one-quarter be selected from fields outside the health professions such as the social and behavioral sciences, law, engineering and the humanities.

Professor Elected to Institute of Medicine