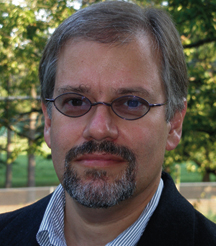 Carlos N. Pato, a renowned clinician and researcher into the genetics of neuropsychiatric disorders, has been named chair of the Keck School of Medicine’s Department of Psychiatry and Behavioral Sciences.

He is also a member of the Zilkha Neurogenetic Institute.

Pato will begin his transition to the Keck School in the beginning of January.

“Carlos Pato is clearly at the top of his field, a leader with an international reputation,” said Keck School Dean Brian E. Henderson. “He’s a good choice to lead a department that is trying to build its research programs because he is himself a researcher.”

Pato will move to the Keck School from his dual roles as associate chief of staff for research and development at the Veteran’s Administration Medical Center in Washington, D.C., and as a professor with the Center for NeuroPsychiatric Genetics at the State University of New York Upstate Medical University. He is also a distinguished professor at Georgetown University.

“Clearly, the Keck School has made a major investment in strengthening its position as a first-rate research medical school with a special focus of interest in human genetics and neuroscience,” Pato said. “That makes coming here a natural for me, since I’ve been immersed in the genetics of neuropsychiatric disorders throughout my career.”

Pato sees his role as psychiatry chair as having a series of “exciting challenges.”

“Clearly, one of the most exciting new challenges will be to develop a productive, state-of-the-art neuropsychiatric genetics and epidemiology research program, focusing on how it will complement other departments and institutes at the Keck School as well as departments and schools on the University Park Campus,” he said.

“But one of the special challenges will be to see how this department can fit in with the greater medical mission of the school, to integrate psychiatry as optimally as we can with the rest of the specialities. We will be focusing both on the future of psychiatric research and on the immediate future of delivery of care to psychiatric patients. I think all of this has to be done in the context of our primary mission of education at all levels, and the really important academic development of our faculty on an ongoing basis.”

On the research front, Pato and his wife and collaborator Michele Pato will bring to USC an ongoing interest in the genetics of psychotic disorders, such as schizophrenia and bipolar disorder, as well as obsessive-compulsive disorder.

Trying to understand the genetics of these complex diseases, Pato explained, has been extremely difficult, given inherent genetic variability and variability in the disorders themselves.

That is why he and his team decided to focus their efforts on a population strategy�one designed to “decrease the amount of variability in our study population.”

They found just such a population on the Azores and Madeira island archipelagos�landforms that did not have a native population, and so were settled virtually from scratch by the Portuguese in the 1400s.

“These are isolated islands that basically were populated by design,” Pato noted, “and you can go back 500 years to look at the families there and look over the centuries how new families added to this genetic pool. Basically, we’re just taking advantage of a natural history experiment that goes back 500 years.”

Even better, because these two islands are about a thousand miles apart, and yet share an almost-identical history, each can be used as a control to compare the other against.

And that is exactly what Pato has done: Today, he has about 3,500 subjects that he, Michele Pato and their colleagues continue to follow over time. “We’re tracking their histories, following their families and attempting to predict who is at risk�and see how that genetic risk, combined with non-genetic variables, together determine whether a child goes on to develop one of these illnesses.”

In addition, he and his colleagues are pioneering techniques for using microarray gene expression studies to pursue potential diagnostic and screening tests for these mental-health disorders. And they have also been looking at whole-genome linkage studies and family-based association studies to better understand the genetics of schizophrenia and bipolar disorder.

“A lot of this work is very much complementary to work people at the Keck School�people like Dean Henderson�have been pursuing in parallel areas like cancer genetics,” Pato noted. “The potential synergies are really exciting; I’ve already begun working actively with the biostatistics group in preventive medicine, and I’m looking forward to collaborating closely with them and others.”

Born in Coimbra, Portugal, Pato received his medical degree from the University of Cincinnati College of Medicine in 1983. He was a research fellow at the National Institute of Mental Health in Bethesda, Md., where he later went on to act as chief of the genetics research program in the Schizophrenia Research Branch.

“Carlos Pato was the first one to consider that looking at genetic isolates in psychiatric disorders would be an important way to go,” Henderson said. “His focus on genetics and on molecular biology, along with his facility in moving across diagnostic groups in research and his clinical understanding of a wide range of disorders, are really going to enhance this department.”