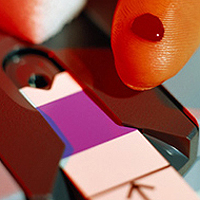 Sometimes, the body’s cells gradually become resistant to the effects of insulin.

Overweight Latino children who consume lots of sugar � especially in sugary drinks � show signs of beta cell decline, a precursor of type 2 diabetes, according to researchers in the Keck School of Medicine of USC.

Nearly one of four Latino children in the United States is overweight, and the problem is worsening. Increasing obesity rates parallel the growing incidence of pre-diabetes and type 2 diabetes in overweight teens. Now researchers report in the November issue of the American Journal of Clinical Nutrition that high sugar intake during childhood may play a key role in the development of diabetes in this vulnerable population.

“If left untreated, overweight and poor diet among these children could have disastrous consequences for minority health and the health-care costs for future generations,” said Michael Goran, professor of preventive medicine in the Keck School, associate director of the USC Institute for Prevention Research and the study’s senior author.

The Keck School research team, which is conducting the Study of Latinos at Risk (SOLAR) Diabetes Project, examined 63 overweight Latino children in Los Angeles ages 9 to 13 who are participating in SOLAR and do not have diabetes.

Dieticians determined children’s everyday dietary habits by using three-day records that tracked children’s food-and-drink intake. Then children were admitted overnight to the USC General Clinical Research Center, where they were given a standard dinner and evening snack.

The next day, researchers took blood samples from children before and after giving them glucose (sugar). They then tested the blood for levels of insulin.

As Goran explained, beta cells in the pancreas create the hormone insulin in response to sugar from food. Cells in the body’s tissues need glucose, for energy; insulin helps cells grab and take up glucose circulating in the blood.

Sometimes, though, the body’s cells gradually become resistant to the effects of insulin. In response, the beta cells initially create more insulin to overcome that resistance. But in certain people, when beta cells are faced with a difficult workload over time, the beta cells start to function less effectively and eventually produce less or even no insulin.

Researchers believe this decline in beta cell function may result in the accumulation of sugar in the bloodstream that characterizes type 2 diabetes.

In the children studied, those who consumed more sugar on an everyday basis had signs of decreased beta cell function, implying they were heading toward type 2 diabetes. Sugars included glucose, sucrose, fructose, lactose and galactose found in food and drink products.

Researchers further broke down the sources of sugar in children’s diet. About 40 percent of the sugar children consumed came from sugary drinks, such as soda or sweetened juices.

The group’s previous research shows that Latino children are more likely to be insulin-resistant than are white children, regardless of how fat they are � a finding most likely linked to genetic issues.

“Clearly, this is a group that faces a higher risk for metabolic problems,” said Jaimie N. Davis, research associate at the USC Institute for Prevention Research and the study’s lead author. “But findings suggest that even modest reductions in sugar intake might preserve beta cell function and prevent metabolic disorders in these children. Public health among Latinos may benefit from interventions to reduce simple-sugar consumption.”

The research was supported by the National Institute of Diabetes and Digestive and Kidney Diseases, as well as the American Diabetes Association.