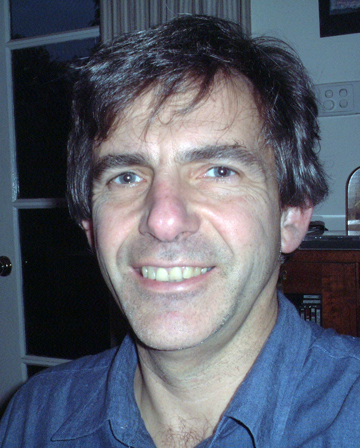 Martin F. Pera, an internationally renowned expert in the development of human embryonic stem cells and the control of growth and differentiation of human pluripotent stem cells, has been named director of the newly created Institute for Stem Cell and Regenerative Medicine (ISCRM) at the Keck School of Medicine of the University of Southern California (USC).

“Martin is an outstanding scientist and one of the real pioneers in the area of human embryonic stem cell research,” says Brian E. Henderson, dean of the Keck School of Medicine. “Equally important, he’s a stellar individual who has the attributes of academic leadership that we feel are necessary to grow a center of excellence that is recognized as a key regional, national, and international research center in the area of stem cell and regenerative medicine.”

Before being named as director of ISCRM, Pera served as a research professor and director of the Monash Institute of Medical Research, and as director of embryonic stem cell research at the Australian Stem Cell Centre, where he was also one of the founding scientists.

“It’s clear that this initiative will give me the best chance to advance the application of stem cell research in regenerative medicine,” Pera said. “I’m looking forward to leading ISCRM into an exciting future and making the institute an international leader in this area.”

Pera’s involvement in stem cell biology and research has been extensive. He was part of a small group of researchers who, in the 1980s and ’90s, pioneered the isolation and characterization of pluripotent stem cells from human germ cell tumors of the testis, work that “provided an important framework for the development of human embryonic stem cells,” he notes. His laboratory at Monash University was the second in the world to isolate embryonic stem cells from the human blastocyst, and the first to describe their differentiation into somatic cells in vitro.

His current research focuses on the extracellular signals involved in maintaining a pluripotent state (i.e., the ability to mature or develop into a wide variety of cells types) in human embryonic stem cells, and the factors that drive stem cell commitment into progenitor cells representative of the three embryonic germ layers that eventually form the body’s tissues.

“A major hypothesis behind this work is that stem cell cultures represent a community of different cell types, similar to those found in the embryo around the time of implantation into the womb, and that just as communication between different cell populations in the embryo acts to specify cell fate during development, similar conversations control stem cell maintenance and differentiation in vitro,” Pera says.

“This work has fundamental importance for our understanding of stem cell biology, but it also addresses practical questions that must be solved before human embryonic stem cells can achieve their full potential in research and medicine,” he adds. “Understanding how to control the differentiation of stem cells is essential to producing desired types of mature cells in sufficient quantity and in pure form for use in laboratory research or regenerative medicine.”

ISCRM is a new, multidisciplinary initiative centered at the Keck School, and including researchers from both the Health Sciences and University Park campuses as well as from Childrens Hospital Los Angeles. The scientific teams based at ISCRM will pursue basic research in regenerative medicine, and will work with teams from the California Institute of Technology and other regional scientific institutions to develop novel platforms in imaging, bioengineering and nanotechnology for application to stem cell research. The Keck School and its associated researchers will enable translation of basic research at ISCRM into new therapies.

“The ability to collaborate with Childrens Hospital and Caltech is an opportunity to get in on the ground floor of the exciting new developments related to human embryonic stem cell research and the clinical potential of this research,” Henderson says.

Pera received his B.A. in English language and literature from the College of William and Mary and his Ph.D. in pharmacology from George Washington University. He did his postdoctoral work at the Institute of Cancer Research and the Imperial Cancer Research Fund in London, and was a research fellow at the Department of Zoology at Oxford University.