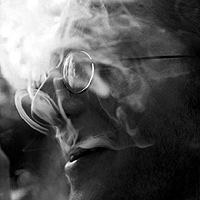 “We wanted to see to what extent population-based differences in lung cancer incidence can be explained by differences in cigarette smoking,” said Christopher Haiman, the lead author on the study.

Lung cancer is more likely to develop in cigarette smokers who are African American or Native Hawaiian than in smokers who are white, Japanese American or Latino, according to a study published in the current issue of the New England Journal of Medicine.

Led by scientists from the Keck School of Medicine of USC and the University of Hawaii in Honolulu, the research team analyzed lung cancer incidence among 183,813 African American, Japanese American, Latino, Native Hawaiian and white men and women from the prospective Multiethnic Cohort Study of more than 215,000 individuals in California and Hawaii.

Between 80 and 90 percent of lung cancer cases can be attributed to cigarette smoking. Previous research has shown that there are disparities in the distribution of lung cancer risk, with African American and Native Hawaiian smokers seeming to shoulder more of the burden than other racial and ethnic populations.

“We wanted to see to what extent population-based differences in lung cancer incidence can be explained by differences in cigarette smoking,” said Christopher Haiman, assistant professor of preventive medicine in the Keck School of Medicine and the lead author on the study. “This is the largest study to date to address this question.”

In the analysis, 1,979 incident lung cancer cases from the Multiethnic Cohort were identified prospectively over the period between baseline (1993-96) and 2001.

The cases were identified by linkage to the Surveillance, Epidemiology and End Results (SEER) cancer registries for Hawaii and California, with deaths being identified by death certificate files in both states and through the National Death Index.

What they found was that the risk of smoking-related lung cancer not only varied by ethnicity, but by smoking “dose.”

� Among those who smoked less than 30 cigarettes per day, risks for African Americans and Native Hawaiians were significantly greater than for the other groups;
� Among those who smoked less than 10 or between 11 and 20 cigarettes per day, relative risks for Japanese Americans and Latinos ranged from .21 to .39 and .45 to .57 for whites compared with African Americans, whereas the risks for Native Hawaiians and African Americans were similar;
� At levels above 30 cigarettes, the cancer risk differences between populations were not significant;
� The environmental measures looked at in this study � occupation, diet and education (as a proxy for socioeconomic status) � could not explain what Haiman called “the striking racial and ethnic differences in the risk of lung cancer associated with cigarette smoking.”

Why would lung cancer risk fluctuate between racial and ethnic populations?

“We were not able to determine the reason for these differences in this study,” Haiman said. “But the data suggests that differences in susceptibility may exist, which may be due to the metabolism of nicotine or tobacco carcinogens, or perhaps nongenetic factors that vary in frequency across populations.”

Haiman cautioned, however, that these findings should not change the overall public health message. “The truth is still that the elimination of smoking � in any and all ethnicities � will dramatically reduce lung cancer incidence.”