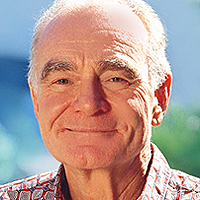 Schoen has held many executive positions in banking, finance and industry.

William J. Schoen, chairman of the board of Health Management Associates Inc., a Florida-based hospital corporation, has been elected to the Board of Trustees of USC.

Since 1983, Schoen has been affiliated with Health Management Associates, the premier operator of acute care hospitals in the southeast and southwest areas of non-urban America.

“We are delighted that William Schoen has joined our Board of Trustees,” said USC President Steven B. Sample in announcing the election. “He brings an exceptional background in general management and health-care administration to our campus, along with a dedication to providing acute care and health-care delivery services to America’s rural communities. He also cares deeply about the youth of the nation, as evidenced through his many philanthropic associations.”

Health Management Associates operates hospitals in 16 states, with approximately 8,995 licensed beds. When HMA acquires a hospital, it immediately sets out to upgrade the quality of health-care delivery and simultaneously expand its medical services so that community residents no longer need to commute to major urban centers for specialty medical care, except in rare instances.

Prior to his retirement in 2001, Schoen was HMA’s president, chief executive officer and chairman of the corporation. Previously, he served as chairman of Commerce National Bank in Naples, Fla. He also held other executive positions, including chief executive officer of the F&M Schaefer Corp., president of the Pierce Glass subsidiary of Indian Head Inc., vice president of sales and marketing for Obear-Nester Glass Co. and marketing manager for the Anchor Hocking Glass Co.

Schoen grew up in Arcadia, where his father sold produce. Schoen sold flower seeds from a wagon when he was eight years old and newspapers at the local race track when he was 13. He dropped out of high school and started a scrap metal business.

From 1953 to 1956, he served in the U.S. Marines in Korea. He said that his boot camp experience spurred him to finish his education.

Through The Schoen Foundation and private gifts, Schoen has supported a variety of youth- and family-oriented initiatives, including the USC Neighborhood Academic Initiative, an extensive outreach effort to Los Angeles schools. In addition, the foundation has made significant donations to the Naples, Fla., Philharmonic Center for the Arts, its youth orchestra and several Christian schools, churches and ministries.

Schoen also has supported the Marine Corps Heritage Foundation and National Museum. In addition, he has made significant contributions to the USC Marshall School of Business to support scholarship funds for veterans of the U.S. armed forces through the Schoen Family Scholarship Program. He was the 1995 Marshall Undergraduate Commencement Speaker and the 1996 recipient of the Marshall Alumni Award for Business Excellence.

Schoen and his wife, Sharon, live in Naples, Fla. They have four children.

Hospital Chairman Named to USC Board