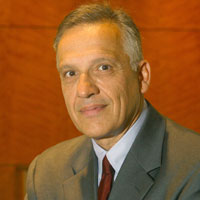 Yannis C. Yortsos, a distinguished chemical engineer and university administrator, has been named dean of the USC Viterbi School of Engineering, it was announced by USC President Steven B. Sample and Provost C. L. Max Nikias. The appointment comes at a symbolic time, as the school celebrates its centennial this year.

Yortsos has served on an interim basis as dean of the USC Viterbi School since June 2005. Prior to that, he served as the school’s associate dean and senior associate dean for academic affairs, and also chaired the school’s chemical engineering department. He first joined the USC faculty in 1978 and was named the Chester F. Dolley Professor of Petroleum Engineering in 1995. His appointment will be effective June 1.

“Yannis Yortsos has shown tremendous leadership skills since arriving at USC,” Sample said. “He is a world-class scholar who understands the Viterbi School’s limitless potential � and he also understands how to mobilize the school’s faculty, students, alumni and staff to fulfill that potential.”

During his time overseeing the USC Viterbi School’s academic affairs, Yortsos facilitated an impressive overhaul of the undergraduate curriculum, and the school enjoyed significant gains in student strength and in the quality of academic programs for freshmen. His comprehensive retention program also dramatically strengthened the school.

“Professor Yortsos has won acclaim for describing what the ‘new engineer’ of the 21st century must look like,” Nikias said. “He has argued that the future of engineering � as well as that of other disciplines that seek to impact our world � will require a ‘seamless blending of left-brain and right-brain skills,’ which necessitates creative alliances between engineers and counterparts in other sciences, the social sciences, the humanities and the arts.”

Nikias, who co-chaired the international search for the Viterbi School deanship, also said that Yortsos has laid out ambitious strategies to enhance the school’s profile as an elite institution by building additional strength and diversity within the school’s faculty and student body, continuing aggressive fund-raising efforts on behalf of the school and furthering the school’s ongoing efforts to build global partnerships that offer new possibilities for education and research.

In accepting the position, Yortsos said: “I am humbled and honored to be named dean of the USC Viterbi School of Engineering. The school has become a global leader in innovations in engineering, and I am thrilled to be part of its future enhancement and growth. In this century, engineering will flourish in exciting new areas that require interdisciplinary research and teaching, and alliances across disciplines and across the globe. I am convinced that with the continuing, unparalleled help of our friends, the Viterbi School will reach new heights of excellence in creating new paradigms of engineering education and research.”

Yortsos is highly regarded for innovative work relating to the mechanics of fluids in porous media, with specific application to oil recovery. He earned a diploma in chemical engineering from the National Technical University in Athens, Greece. After coming to the United States for graduate work, he earned an M.S. and a Ph.D. in chemical engineering from the California Institute of Technology.