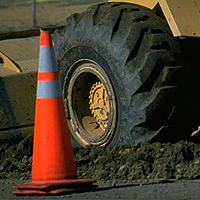 Some crews will work around the clock, in two shifts.

Its Brigadoon-like setting up and taking down of commencement tents and chairs on the USC campus was impressive enough, but Facilities Management Services is following that act with an even more ambitious one.

Within hours of the last diploma changing hands, demolition crews began work on the nearly 50 construction and renovation projects underway across campus this summer.

These efforts are in addition to the large, ongoing construction projects such as the Galen Center, Webb Tower upgrades and the second phase of Parkside Residential College that are managed by USC’s Capital Construction Development office.

The projects are a race against time, according to FMS chief John Welsh, with Aug. 16 as the move-in date for students; crews try and wrap up projects a week before then, to allow for cleanup. That gives them only 11 weeks for construction � and a scant six weeks for projects that can’t start until the July 1 fiscal year begins. Some crews will work around the clock, in two shifts, he said.

There is a renovation of storefront space in the Shrine Auditorium, and 14 distance education classrooms to construct on both campuses. There’s renovation of labs and faculty offices for USC College in the Ahmanson west tower, at a cost of more than $2 million.

More lights will be added to Cromwell Field, and the crush on the Lyon Center’s fitness machines will be eased by enclosing the second-floor patio on the east side into an exercise room. A cosmetic dentistry area will be added to the Oral Health Center in University Village, and Town & Gown will have a patio makeover.