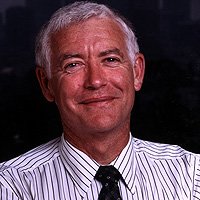 Scientists report that tumor cells display a dramatic reduction of cancer-causing genes when a newly discovered method is used to activate the expression of protective microRNAs in the cancer cell genome.

The research, published in the June issue of Cancer Cell, demonstrates that agents known to regulate gene expression also can impact regulatory RNAs that may function as tumor suppressors in normal cells and proposes a novel strategy for treating human cancers.

DNA methylation and histone deacetylation are epigenetic processes involved in the regulation of gene expression. In the case of cancer, these processes are thought to turn off genes that may protect cells from abnormal cell growth.

Drugs that inhibit DNA methylation and histone deacetylation, known as chromatin-modifying drugs, can reactivate genes that have been abnormally silenced in cancer cells. It is conceivable that these processes also may regulate expression of some RNAs.

MicroRNA (miRNA) is small and noncoding RNA that can regulate gene expression by inhibiting protein translation. Recent research has implicated miRNAs in cancer development and has led to the observation that some miRNAs are reduced in various human cancers and may normally function as tumor suppressors.

According to study author Peter A. Jones, director of the USC/Norris Comprehensive Cancer Center and Distinguished Professor of Biochemistry and Molecular Biology and Urology in the Keck School of Medicine of USC, “Although the biological importance of miRNA is becoming increasingly apparent, regulation of miRNA expression is not fully understood.”

Jones and his colleagues examined whether miRNAs can be controlled by epigenetic alterations linked to chromatin remodeling. Cancer cells and normal cells were treated with chromatin-remodeling drugs to simultaneously inhibit DNA methylation and histone deacetylation. A subset of miRNAs was upregulated in the cancer cells but not the normal cells.

Importantly, miR-127, which was downregulated in 75 percent of the human cancer cells tested, was highly induced after treatment with the chromatin-remodeling drugs. Induction of miR-127 resulted in downregulation of BCL6, a known proto-oncogene. Therefore, induction of miR-127 by treatment with chromatin-remodeling drugs may have an anticancer effect.

“Taken together, our results suggest an effect of epigenetic treatment that couples inhibitors of DNA methylation and histone deacetylation to induction of some miRNAs. These miRNAs can potentially regulate expression of target genes that are important in the development and progression of human cancer,” Jones said.