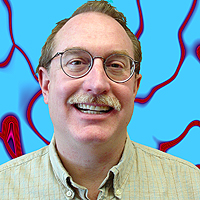 “These are timely specializations in important areas, including the growing field of serious games. We have been very pleased with the reception we have received so far,” Yortsos said.

Medioni worked for more than a year to shepherd the new degrees through USC curriculum committees and on to final approval by USC Provost C. L. Max Nikias.

“Education curricula increasingly exist in academia in the dramatic and artistic aspects of games but remain extremely scarce for the nuts-and-bolts coding that make games work,” Medioni said. “We know we have students who want such skills, and we know that a $45-billion industry is also looking for the same.”

Mike Zyda, director of the school’s GamePipe Laboratory, which already offers 15 computer science game courses, points to a recent analysis of skill demand in the industry.

By 2007, the number of employees is expected to double, with roughly the following demand: 65 percent programmers, 30 percent artists and 5 percent designers. “Our new B.S. and M.S. programs will speak precisely to these needs,” he said.

Zyda is the author of “Educating the Next Generation of Game Developers,” an article in the June issue of IEEE Computer Science which details the lessons learned in GamePipe’s recent experience offering computer science-oriented courses in computer gaming.

The article reports that existing relations with other USC schools will continue. The new Viterbi School B.S. and M.S. degree programs will interact with the MFA degree now offered by the USC School of Cinema-Television’s Interactive Media program, with engineers taking CNTV courses and vice-versa, Zyda said.

The syllabus also provides increasing ties with the USC Roski School of Fine Arts’ developing programs in game art and design, as well as the USC Annenberg School for Communication’s work on the impact of games upon society and media, carried out in its Annenberg Studies on Computer Games (ACS) center.

“Because USC places such emphasis on multidisciplinary cooperation, it is the ideal place to pioneer such degrees,” Yortsos said. “I look forward to the first commencement when we will hand the first CS [games] graduates their diplomas.”

Medioni estimated the first B.S. and M.S. degrees would be coming by 2008 or perhaps sooner.

Complete information about the new degrees, including requirements and course descriptions, can be accessed through the GamePipe and computer science department sites, for both the bachelor’s and the master’s programs.