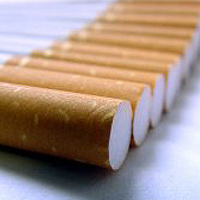 “The study suggests that society can have the most impact in preventing people from smoking in the first place,” USC researcher Ann Hamilton said.

However, the study, which appears in the current issue of the journal Cancer Epidemiology, Biomarkers and Prevention, found no differences between the sexes in factors related to continued smoking, which appeared to be strongly influenced by genetics.

The study, titled “Gender Differences in Determinants of Smoking Initiation and Persistence in California Twins,” looked at factors that influenced twins to start smoking and to continue the habitual behavior.

With regard to starting smoking, there was a significant difference between men and women, said Ann Hamilton, assistant professor of preventive medicine in the Keck School of Medicine of USC and lead author on the study.

“Heritability, which reflects factors related to genetic effects, was stronger in men; however, among men who communicated with each other at least weekly, the heritable effect was reduced. This may indicate that the heritable effect in men could be overestimated or able to be affected by environmental factors.”

But when it comes to continuing to smoke, the study found little difference in causal factors between males and females or between those who communicated with each other often and those who did not. “Of those who smoke, it seems that there’s a resistance to stopping that has a genetic component,” Hamilton said.

“The study suggests that society can have the most impact in preventing people from smoking in the first place,” Hamilton said. “It may be possible to modify the stronger genetic effect in men starting smoking with some programs that provide the proper type of peer influence or having a more-connected social structure.”

Although not tested directly in this study, environmental factors may include peer influences, social networks, concern about bodyweight gain and tobacco in the media. Examples of genetic factors include genes that affect nicotine metabolism and/or genes that affect brain sensitivity to nicotine and to constituents in tobacco smoke.

This research was based on the California Twin Program, a cohort of more than 32,000 pairs of native California twins. It is the largest twin study to investigate factors related to smoking behavior and was originally funded by the California Tobacco Related Disease Research Program funded by cigarette taxes under Proposition 99.

In the United States, an estimated 25.5 million men (24.1 percent) and 21.5 million women (19.2 percent) are current smokers, according to the American Heart Association.

Public health education programs are needed in the community, schools and media to spread the message to teens and young adults that smoking is no longer socially acceptable, Hamilton said.

Other research has shown that when these programs are well-funded, smoking rates among teens decline, but when funding is diverted from these programs, teen smoking rates begin to increase again. “Because quitting smoking is so difficult for some people, it is more effective to prevent them from becoming addicted smokers in the first place,” Hamilton said.

Once somebody starts to smoke, “the genetic factors that are related to continued smoking are much less able to be affected by interventions.”