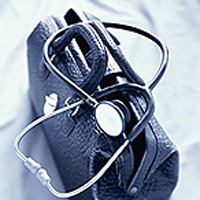 USC is working to incorporate other hospitals and community clinics into the medical school curriculum.

Growing evidence of a national physician shortage prompted the Association of American Medical Colleges to call for a 30 percent increase in medical school enrollment within the next decade, adding weight to the ongoing campaign by Brian Henderson, dean of the Keck School of Medicine of USC, for two new medical schools in the state of California.

“There simply aren’t enough spaces in the eight medical schools in the state to accommodate the growing need for doctors here,” he said.

California’s population has grown faster than the national population, increasing 6.7 percent from 2000-05 (compared to a 5.3 percent increase nationwide), according to the U.S. Census.

Nationwide, the number of medical school graduates has remained steady for the past 25 years. The newest medical schools in California were started in the 1960s.

USC already has increased its M.D. class size from 150 to 168 students. Plans are in the works to add more spaces, said Erin Quinn, associate dean of admissions and academic affairs, but “it’s not a simple matter of just adding openings.”

Medical education, she noted, involves so much hands-on participation. “You can’t simply increase the number of students doing a hospital rotation in surgery or pediatrics,” she explained.

“It’s not just about observing � students have to work, and they have to be involved with the patients. If you increase the number of students, they won’t have the same experience,” she said.

USC, she added, is working to incorporate other hospitals and community clinics into the medical school curriculum.

“So, for example, you could have students do one part of their obstetrics and gynecology rotation at LAC+USC Medical Center with high-risk patients, and another part at Kaiser Permanente with patients with uncomplicated deliveries,” she said. “It would increase our capacity without affecting the students’ ability to learn.”

The AAMC recommendations, which call for boosting enrollment at existing schools as well as creating new allopathic medical schools, would result in an additional 5,000 new M.D. students annually.

“A shortage of U.S. doctors would have a profound impact on all Americans by affecting access to quality health care, especially for the underserved who already encounter substantial barriers when seeking care,” said AAMC President Jordan J. Cohen.

“Based on current evidence, we believe this recommended increase will help prevent a future shortfall and meet the health needs of our nation,” he said.

In February 2005, the AAMC recommended a 15 percent increase in U.S. medical school enrollment.

Subsequent analysis of key factors that affect physician supply and demand by the AAMC’s Center for Workforce Studies found that a 30 percent increase was warranted.

� Americans’ rising expectations for and the increasing availability of effective health-care services that will keep people healthy and active as they age;

� an aging physician workforce � one of every three active doctors is over age 55 and likely to retire by 2020; and

� a new generation of physicians who may choose to work fewer hours than their predecessors.

The AAMC’s analysis of the data concluded that if these trends continue, the number of doctors will peak by about 2020 and then drop just as the baby boomers begin to reach age 75.