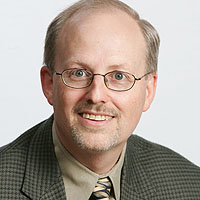 “Islam and Mammon,” one of Kuran’s recent publications, offers a critique of the modern doctrine of “Islamic economics.”

Timur Kuran is a professor of economics and law in USC College and the King Faisal Professor of Islamic Thought and Culture. More than 20 years ago, he wrote an influential paper explaining how the long history of Islam contains valuable lessons for economists. Now, hundreds of academics study the intersection of religion and economics. Kuran, who was born in the United States but grew up in Turkey, sits on the editorial boards of seven journals and is much in demand as a lecturer here and abroad.

AE: Until a few centuries ago, the Middle East was a prosperous region of the world. It is now economically underdeveloped. What went wrong?

TK: Indeed, the Middle East was once an economically advanced region of the world, as measured by standard of living, technology, agricultural productivity, literacy or institutional creativity. Only China might have been even more developed. Subsequently, however, the Middle East failed to match the institutional transformation through which western Europe vastly increased its capacity to pool resources, coordinate productive activities and conduct exchanges. The economic institutions of the Middle East continued to evolve during the second millennium. But in certain areas central to economic modernization, changes were minimal, at least in relation to the structural transformation of the West and, for that matter, the Middle East’s own evolution during the early Islamic centuries. In 18th-century Damascus, credit practices hardly differed from those of the 10th century.

AE: What were the institutional bottlenecks to economic growth?

TK: Several mechanisms contributed to the region’s economic retardation. Certain distinctly Middle Eastern institutions, including ones rooted in Islam, unintentionally blocked the transition to the modern economy. The institutions that generated evolutionary bottlenecks include the Islamic law of inheritance, whose egalitarian character inhibited capital accumulation. Also, the strict individualism of Islamic law and its lack of a concept of corporation hindered organizational development and contributed to keeping civil society weak. The waqf, Islam’s distinct form of trust, locked vast resources into inflexible organizations that tended to become dysfunctional over time. These institutions did not pose an economic disadvantage at the time of their emergence. Nor did they ever cause an absolute decline in economic activity. They turned into handicaps by perpetuating themselves during the long period when western Europe took the lead in developing the institutions of the modern economy.

AE: Except for Turkey and Lebanon, the countries of the Middle East are ruled undemocratically. Does your work tell us why?

TK: Democratic rights develop when the ruled demand them and have the means to prevail. In Europe, the strengthening of the rule of law entailed centuries of epic struggles between rulers and the ruled. The peoples of England and France fought hard for judicial independence, the right to sue royalty in independent courts, and institutional checks and balances to bind the hands of government. If the peoples of the Middle East were less successful on these counts, one reason is that private merchants and producers were organizationally handicapped. Specifically, until recently they could not form joint-stock companies and corporations. Had they been able to do so, they would have achieved greater political power, putting the region on the road to democracy.

Certain particularities of the waqf system compounded the obstacles to advancing democratic rights. Unlike commercial wealth, real estate could be preserved intact within waqfs. Alas, the law required the trustee of a waqf to follow the founder’s wishes to the letter, and this limited opportunities to channel waqf resources into broad political causes. Moreover, trustees and other waqf beneficiaries lacked a pressing need for strengthening personal economic rights, because the sacredness of waqfs sheltered their assets against taxation or expropriation. By drawing wealth into structures that preserved some of their wealth, the waqf system thus dampened the demand for constitutionally enforced private property rights. Notwithstanding its great economic contributions � practically all the historical monuments in the region were financed by waqfs � the waqf system eventually became a source of retardation by hindering democratization.

AE: One of your recent publications is “Islam and Mammon.” What is it about?

TK: This is a book on the subject that got me into the study of economics and religion. It offers a critique of the modern doctrine of “Islamic economics” and evaluates its practical achievements. Its most visible practical achievement has been the establishment of Islamic banks meant to avoid interest. Islamic economics has also promoted Islamic norms of economic behavior and founded redistribution systems modeled after early Islamic fiscal practices. I argue that the doctrine of Islamic economics is simplistic, incoherent and largely irrelevant to present economic challenges. Few Muslims take it seriously, and its practical applications have had no discernible effects on efficiency, growth or poverty reduction. You might wonder, if this is so, why Islamic economics has enjoyed any appeal at all. The real purpose of Islamic economics has not been economic improvement but cultivation of a distinct Islamic identity to resist cultural globalization. It has served the cause of global Islamism, known also as “Islamic fundamentalism,” by fueling the illusion that Muslim societies have lived, or can live, by distinct economic rules. In fact, now as in the past, the economic life of Muslims has adhered to the very same principles observed elsewhere. When something got more expensive, demand fell. Producers looked for ways of producing as cheaply as possible. What was different is not economic behavior but the institutions under which people made choices.

AE: How did you become interested in the economic role of religion?

TK: In the fall of 1982, as a new assistant professor at USC, I became aware of a new school of thought whose goal was to restructure the economics discipline on the basis of fundamental Islamic teachings. Studying this literature, which emerged under the name of “Islamic economics” in the 1940s, I found it to lack depth and, strangely, to be out of touch with Islamic history. The long history of Islam contains many valuable lessons for economists. But Islamic economics was less interested in these, I felt, than in designing a cosmetically Islamic variant of economics in order to make Muslims look different for its own sake. I proceeded to write a critical essay on Islamic economics, thinking that I had said all I could. Alas, the paper caught attention and invitations to speak at conferences followed, sometimes more broadly, on connections between economics and religion. Before long, “economics and religion” had become one of my fields of research. At the time, very few economists worked in the field, perhaps fewer than 10 across the U.S. Now there are hundreds, and we have a society that organizes an annual conference.

AE: In 2005, you launched the USC Institute for Economic Research on Civilizations within the university’s Center for Religion and Civic Culture. What other regions and religions is the institute studying?

TK: The purpose of the IERC is to study the economic performance of large regions over long time spans. We are interested in broad trends that have accounted for the relative rankings of civilizations and countries over periods measured in centuries. Fellows of the institute include faculty and students who focus on the Middle East, western Europe, Latin America, sub-Saharan Africa, India and China. Many are interested in the interplay between religion and economic institutions. Islam, Christianity and Hinduism are among the religions receiving attention.

AE: In March 2003, when U.S. combat in Iraq began, you said you doubted the war would produce “a happy domino effect” resulting in the spread of democracy across the Arab world. You feared that our relationships with longtime allies would get strained, that there would be greater global instability and that international law would weaken. What do you think about your predictions?

TK: The Iraq war was mismanaged, I think, and the United States is consequently weaker. People around the world are less likely to support an American-led campaign today than they were a few years ago. Anti-Americanism has risen substantially in countries long friendly to, if not also militarily allied with, the United States. Spain, Turkey, Italy, Chile and Jordan offer examples. Precisely because America is now so unpopular, “moderate” and “pro-Western” groups in the Middle East are now on the defensive, and the region’s autocrats feel less urgency to carry out economic or political reforms. The Iraq war is not the only factor. The rise in oil prices in the past few years has given new life to regimes that are themselves unpopular. It is still possible for a regime change in one country to trigger a series of additional changes. But the chances are lower that regime changes, if and when they occur, will bring about improvements in individual liberties.

AE: What publications or Web sites do you follow on a daily basis?

TK: I read the print editions of The Economist, The New York Times and the Wall Street Journal regularly. I also read the Web editions of three Turkish newspapers (Milliyet, H�rriyet and Radikal) on a daily basis, and the Web editions of Le Monde, BBC, Fox News and Al-Ahram intermittently, to follow or get a range of viewpoints on particular stories.