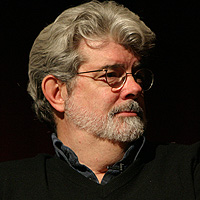 “My experiences [at USC] shaped the rest of my career,” Lucas said.

Acclaimed filmmaker George Lucas, creator of the “Star Wars” and “Indiana Jones” movies, has announced that his private foundation, Lucasfilm Foundation, will provide $75 million for the construction of new educational buildings and renovations of existing structures at the USC School of Cinematic Arts. In addition, his foundation has agreed to provide a $100-million endowment for the school.

Taken together, these gifts will be the largest single donation in USC’s history, said USC President Steven B. Sample. The School of Cinematic Arts, which is under the leadership of Dean Elizabeth M. Daley, holds the distinction of being the oldest cinema school in the United States.

“I discovered my passion for film and making movies when I was a student at USC in the 1960s, and my experiences there shaped the rest of my career,” Lucas said. “I’m also an ardent advocate for education at all levels and encouraging young people to pursue their ambitions by learning. I’m very fortunate to be in a position to combine my two passions and to be able to help USC continue molding the futures of the moviemakers of tomorrow.”

Said Sample, “Through this gift, George Lucas manifests the distinctive traits that make him an extraordinary exemplar of the Trojan Family: a prolifically fertile imagination, courage to take creative risks and a heartfelt desire to educate the next generation of young people. To give back so generously to his alma mater will encourage our students and faculty to continue the legacy that will ensure USC’s preeminence in cinema, television and new media well into the future.”

Building on its excellence in cinema, television and new media, the school also has undertaken a groundbreaking initiative that expands the definition of literacy to include a mastery of moving image, sound and databased resources, as well as text.

The exploration and development of this area is the primary focus of the USC Institute for Multimedia Literacy, an organized research unit within the School of Cinematic Arts that works with students, professors and staff at USC and beyond to introduce multimedia communication as an object of study and a new language for research and teaching.

“Multimedia has become an important 21st-century vernacular that must be understood and embraced,” Lucas said. “In the media landscape of today’s world, multimedia as a primary means of communication is simply a reality.”

Lucas’ gift continues his long-standing dedication to fostering and supporting educational initiatives. He became actively involved in education in the mid-1980s when he created Lucasfilm Learning, which worked with such leading companies as Apple Computer, the National Geographic Foundation and Fujitsu to develop innovative educational software.

Today, Lucas serves as chairman not only of San Francisco-based Lucasfilm Ltd. � which includes film and television, visual effects and videogame production � but also of the George Lucas Educational Foundation.

GLEF was founded to compile and disseminate information about the best, most successful teaching practices in the United States and to celebrate and encourage innovation in schools. GLEF publishes the acclaimed magazine Edutopia as part of its endeavors.

Lucas has long been a supporter of educational and children’s charities. Since its inception, Lucasfilm Ltd. has focused its charitable efforts on organizations that serve young people in California and throughout the country. In addition, special premieres of all of Lucas’ “Star Wars” movies have raised millions of dollars for children’s charities worldwide.