Before asking director Sam Pollard anything after the screening of his documentary MLK/FBI Tuesday evening, moderator Miki Turner had a question for the more than 250 members of the audience: “How many of your parents or grandparents had these three pictures hanging in their home: President John F. Kennedy, Jesus Christ and Martin Luther King Jr.?”

Heads nodded knowingly throughout Norris Cinema Theatre, and numerous attendees raised their hands. Turner, an associate professor at the USC Annenberg School for Communication and Journalism, then remarked on the difficulty in accepting that the civil rights icon — “the prince of peace, and the man who was going to lead us to the promised land — was indeed a flawed human being.” 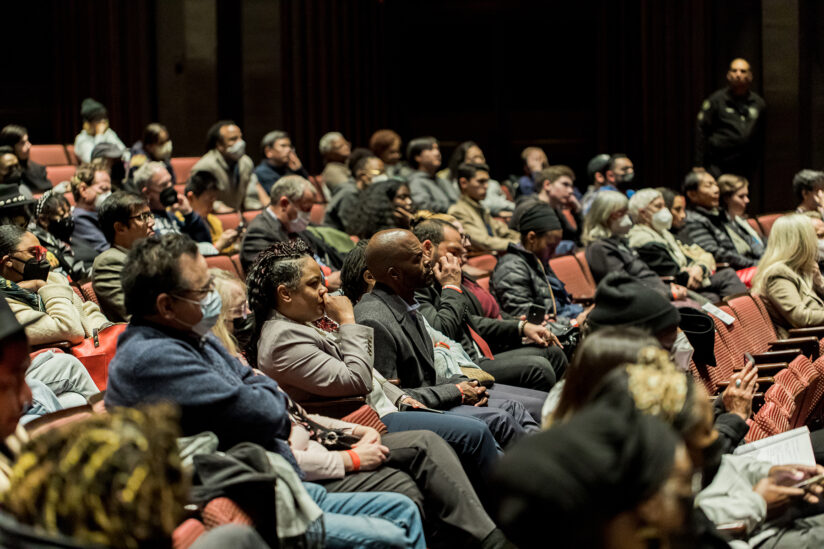 Pollard, whose film was the centerpiece of the 42nd annual USC Celebration of Martin Luther King Jr., explained that while King has mostly been viewed on a pedestal, the documentary seeks to present a full picture of the Nobel Peace Prize recipient.

Pollard’s documentary details the extent of the FBI’s surveillance and harassment of King, the chief proponent of nonviolent activism in the civil rights movement in the 1950s and ’60s. The FBI’s campaign included a secret effort to ruin King’s reputation by exposing his affairs with women other than his wife, Coretta Scott King, the mother of his four children.

“Even though he’s a great man who was monumental in taking our community from where we were in the 1950s to the present with the March on Washington and everything else he did, he was a flawed human being,” Pollard said to the audience.

The Emmy Award-winning and Oscar-nominated filmmaker said he wanted to present a layered look at King, a portrait that included shades of gray.

“My responsibility was to say, ‘I love and admire Dr. King, but he’s human,’” Pollard said.

The film relies on recently declassified files, documents obtained through the Freedom of Information Act, archival footage and new interviews to tell its story and show how the FBI and its then-director, J. Edgar Hoover, regarded King as “the most dangerous Negro in America.” 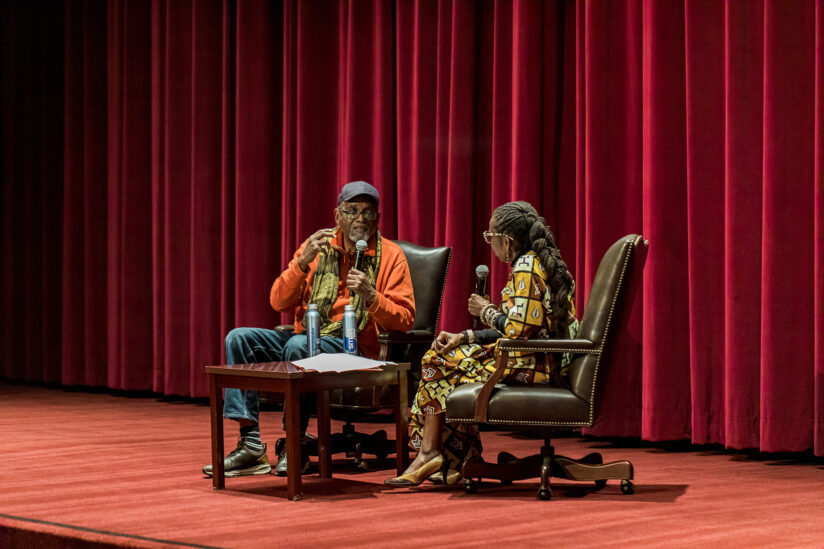 The film shows how the FBI initially tried to label King a communist. When that didn’t work, they began to monitor his private life.

“They found stuff they thought would help to destroy his career,” Pollard said. “But it didn’t.”

Still, Pollard said being monitored by the FBI day after day must have had a tremendous impact on King psychologically and emotionally.

Part of the post-screening discussion centered on the anticipated release of the FBI surveillance tapes of King, due to be made available to the public and the press in 2027.

“I don’t think it’s going to matter at all,” Pollard said when asked if the tapes would tarnish King’s legacy. “If the FBI releases all the tapes — and not just in situations where he’s with another woman — you will have him talking about strategies with [fellow activists] Ralph Abernathy or Jesse Jackson or Andrew Young. You’re going to be able to get lots of different things from Dr. King and his cohorts.”

MLK/FBI depicts King, flaws and all

Among those in the audience for the MLK/FBI screening was USC School of Dramatic Arts senior Max Bodak, who said that learning more about King, flaws and all, was the most interesting part of watching the film.

“The idea that he was a human being and flawed doesn’t diminish his legacy in any way, shape or form,” Bodak said after the screening. “It only adds to our collective understanding of him as a person. It was a really interesting message about not putting people on a pedestal and understanding everything that they did and the contributions that they made.” 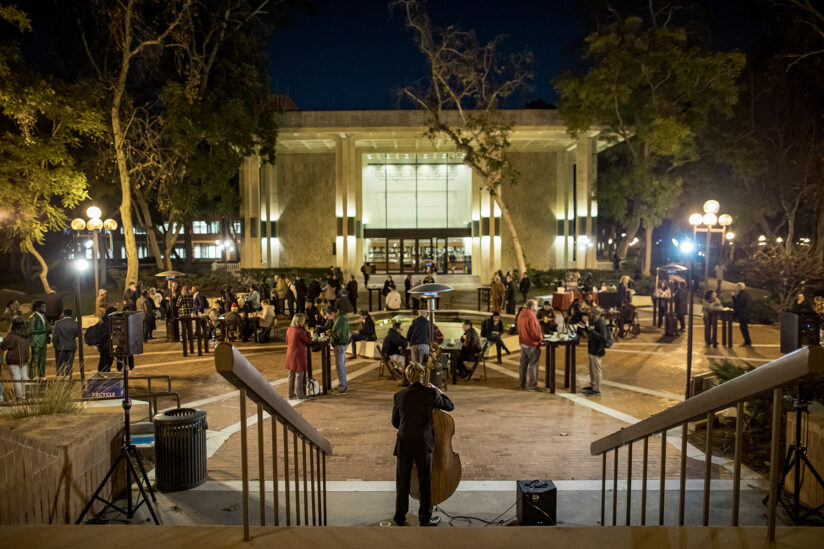 Jaren Savage, a junior at the USC Price School of Public Policy, appreciated the thorough reporting done in the film and the complex portrait that emerged. He was struck by how the toll of the FBI surveillance and threats of exposure could be seen in King’s face during later public appearances.

“Rarely do people understand what goes into living day to day as a public figure and having no privacy,” Savage said. “We are learning how these things can affect a person’s life and trajectory. His private life will, of course, have many implications in his public life, and in how he navigates and handles situations.”

The screening was preceded by a reception in the USC Queens Courtyard, with the entire event presented by USC Visions and Voices, the USC School of Cinematic Arts, the USC Black Staff and Faculty Caucus and the Center for Black Cultural and Student Affairs. This year’s MLK event explored the theme of “Lest We Forget … We Are Standing on the Shoulders of Giants.”

USC Dornsife’s Hajar Yazdiha writes that politicians have a long history of contorting the civil rights leader’s words to further their own goals, which often are at odds with King’s vision of a colorblind society.