Just last month, Anshay Saboo was relaxing at his family’s home in Orange County, enjoying his Thanksgiving break. He was using that downtime to launch his app, Instafest, which showcases Spotify users’ top artists in a Coachella-like poster. He hoped to launch it, share it with his friends and watch the app steadily grow.

A little over a week later, Saboo said his Google Analytics for the site showed more than 16 million users. 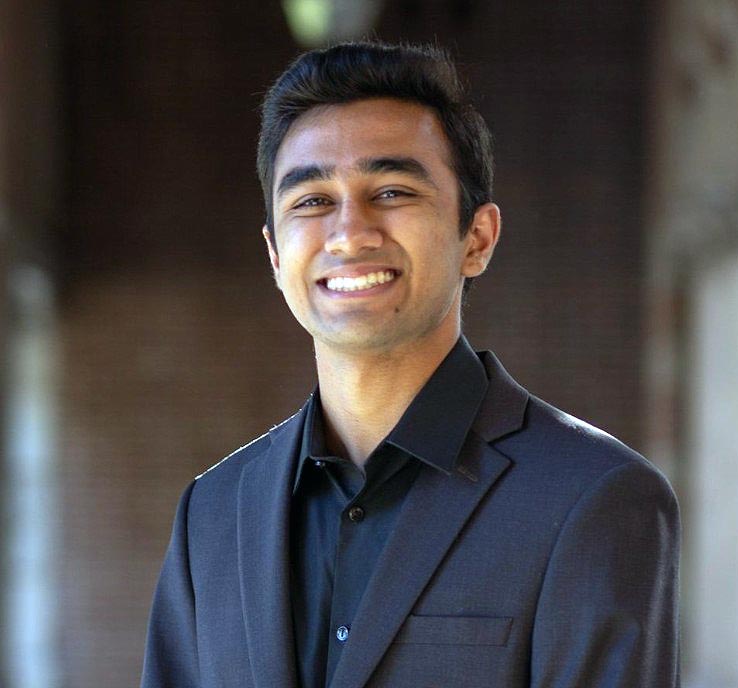 USC Viterbi student Anshay Saboo used his Thanksgiving break to launch Instafest, an app that takes users’ Spotify data and creates a Coachella-like poster with their dream lineup based on their listening preferences. (Photo/Courtesy of Anshay Saboo)

“My goal when I was building the app was to hit a million users, and I thought it would take me a month or two to reach that number, with ad campaigns and a lot of social media posts,” said Saboo, a computer science major in the USC Viterbi School of Engineering.

“What ended up happening was I just posted on my story, had a bunch of my friends post it, and the app just caught on like wildfire.”

Much like Spotify Wrapped, which allows users to see their top artists, songs and genres, and then share them on social media, Instafest pulls data from users’ Spotify accounts to create a dream lineup that can be shared with friends. From there, users can customize their posters with various themes — “Malibu Sunrise,”  “L.A. Twilight” and “Mojave Dusk” — and change the lineup based on the most popular artists in their last four weeks, six months and all time.

The idea came to Saboo earlier this year when the spring and summer music festival season was just starting. As he scrolled through TikTok one morning and saw content for all the festivals, he thought about who his ideal lineup would be. The second-year Trojan knew that Spotify’s application programming interface — which allows him to pull information like users’ top artists — was relatively easy to work with. From there, he built his first version of the Instafest app.

“Music has an incredible power to bring people together,” Saboo said. “It’s just super cool to see everyone engaging with the app and engaging with each other online about music.”

Early designs and winding path to USC and Instafest

Instafest isn’t the first app Saboo has designed. As a student at University High in Irvine — which shares the Trojan mascot — Saboo created an app called Grades that allowed students to check and calculate grades in a user-friendly way. The app grew to a quarter-million downloads within a two- to three-year span.

“It was definitely my first taste of making something that people really enjoyed, and something that worked,” Saboo said. “It gave me some experience that I could build off of into the future with projects like [Instafest].”

Both of Saboo’s parents are USC alums, having met in graduate school. He said USC was always on his radar, but after not being accepted as a freshman, Saboo decided to attend the University of Washington in Seattle. As much as he said he loved UW, Saboo knew that he wanted to return closer to home and follow in his parents’ footsteps at USC. He applied again, was accepted and transferred into USC for the fall 2021 semester.

“There are so many first-year transfer students at USC, so it was incredible to find that community,” Saboo said.

Though Saboo is overjoyed at the popularity and support Instafest has received so far, he still wants to add even more features to the app to promote it to a wider audience.

“I never took the mentality that since it blew up, this is it, and now I can kind of sit back and relax,” Saboo said. “I really just want to make it as big as possible.”

He already added a “Basic Score” feature that grades the uniqueness of the user’s lineup, and recently expanded the app into other music streaming platforms like Apple Music and Last.fm so those users could “join in on the fun.”

“Spotify users are a little too spoiled, I think,” Saboo said with laugh. “But in all seriousness, having everyone included and just having a good time was what I was looking to do.”

A USC-developed interactive mapping tool shows the location of every pharmacy in the United States — and which neighborhoods are “pharmacy deserts.”

Many people don’t even know what an NFT is (it’s a “non-fungible token”) or how to buy one. This Trojan startup aims to take care of that.

Kristina Thomas, member communications manager for YouTube TV, knew that graduate school was a crucial next step to becoming a thought leader in the digital media industry. USC was the right place for her.