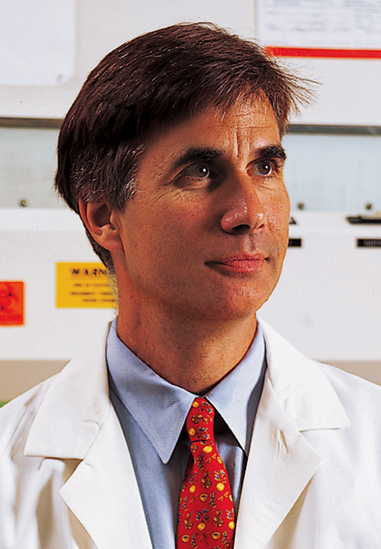 The study, “Most Early Disseminated Cancer Cells Detected in Bone Marrow of Breast Cancer Patients Have a Putative Breast Cancer Stem Cell Phenotype,” which appears in this week’s issue of Clinical Cancer Research, provides the first evidence of the putative stem/progenitor cells within tumor cells collected from the bone marrow.

Stem cells are a type of cell in breast tumors that are believed to seed the growth of new cancers. These cells are only a small part of the vast number of cells within tumors, but they can act like adult stem cells�a basic cell that can grow into different types of specialized cells.

Current research has focused on the theory that it is these stem cells landing in a distant site that create metastases, and not simply single cells that detach from the primary tumor and travel to another part of the body.

Although disseminated tumor cells, either in the bone marrow or lymph nodes, are already regarded as a prerequisite for relapse and metastasis, no studies have as yet examined these cells for the existence of the stem cell phenotype.

“The primary implication is that it is the stem cell population in cancers that are presumed to be the only cells capable of forming metastases,” said Cote. “Metastasis is the most important event for determining outcome in cancer patients.

What was surprising to Cote and his colleagues, who anticipated some stem cells within the disseminated tumor cells, was that the majority of tumor cells have the stem cell characteristics, and that they appeared in the bone marrow of breast cancer patients whose disease was caught in the earliest stages.

“We know that the presence of disseminated tumor cells in the bone marrow is a bad feature, as it is an indicator of future metastases, but we didn’t know if these were the cells that actually cause disease progression,” said Cote. “These data suggest that the vast majority of patients with disseminated tumor cells may have a life-time risk for relapse. We definitely need to pursue molecular studies of these putative stem cells.”

The study was funded by a grant from the National Cancer Institute.