Los Angeles County residents are generally less satisfied with their lives than they were before the pandemic, according to the third annual USC Dornsife LABarometer survey on livability and affordability, released today by the Center for Economic and Social Research at the USC Dornsife College of Letters, Arts and Sciences.

The survey, conducted from June 22 to Sept. 4, asked a representative sample of 1,600 L.A. County residents a series of questions about overall life satisfaction, future housing plans, neighborhood change, experiences with racial discrimination and crime-related stress as well as access to and affordability of critical resources like housing, health care and more.

“Angelenos are far less satisfied with their health, finances, family life and neighborhoods than they were last year,” said Kyla Thomas, director of USC Dornsife’s LABarometer and a sociologist. “Nonetheless, far fewer people are planning to leave L.A., a sign that the pandemic exodus may be slowing down. Moving, in general, declined in popularity this year, likely because of returns to in-person work and spikes in rent and interest rates.”

Finding of Los Angeles survey on livability and affordability 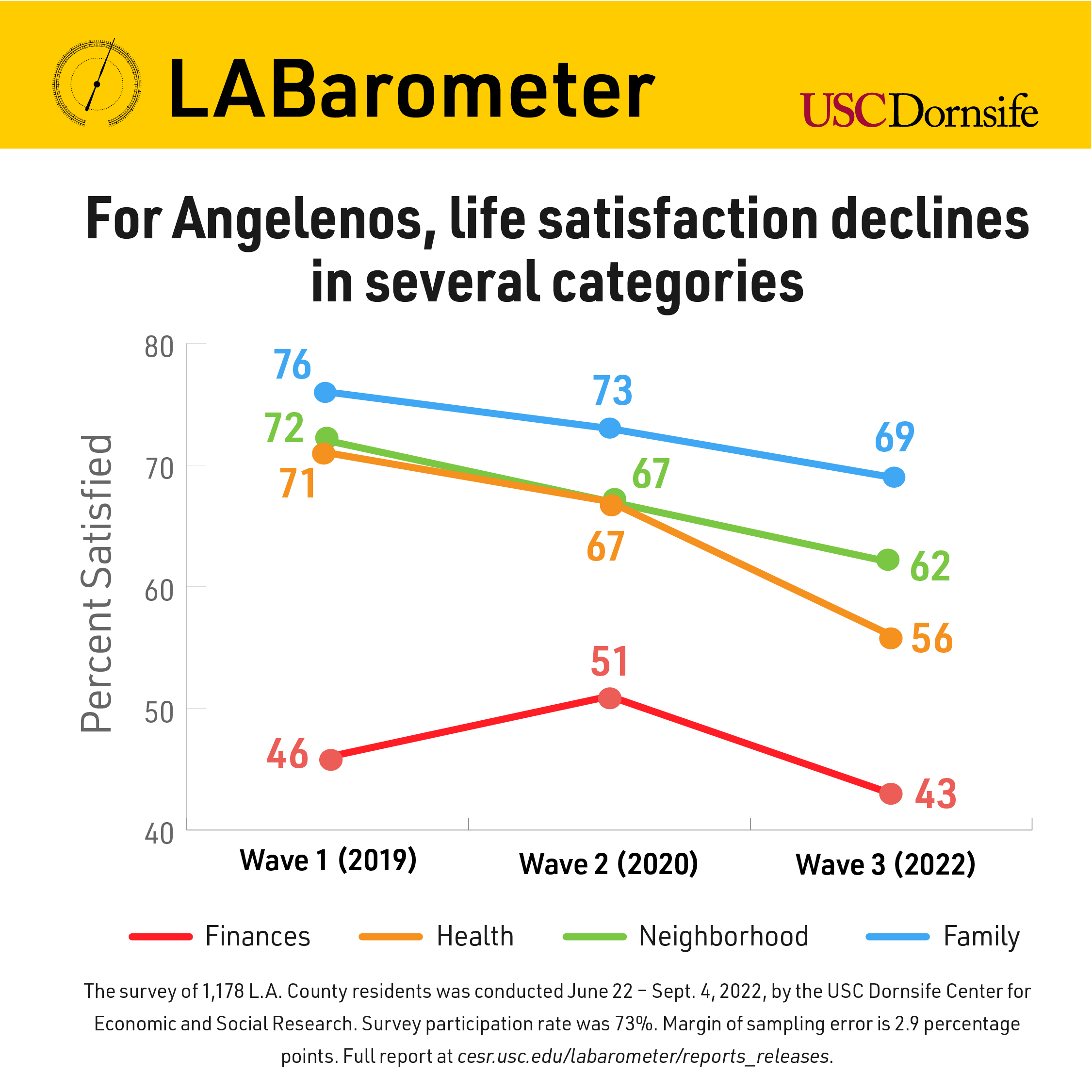 Three percent of Angelenos plan to leave L.A. in the next year — down from 10% in 2020 — and renters are driving most of the change. 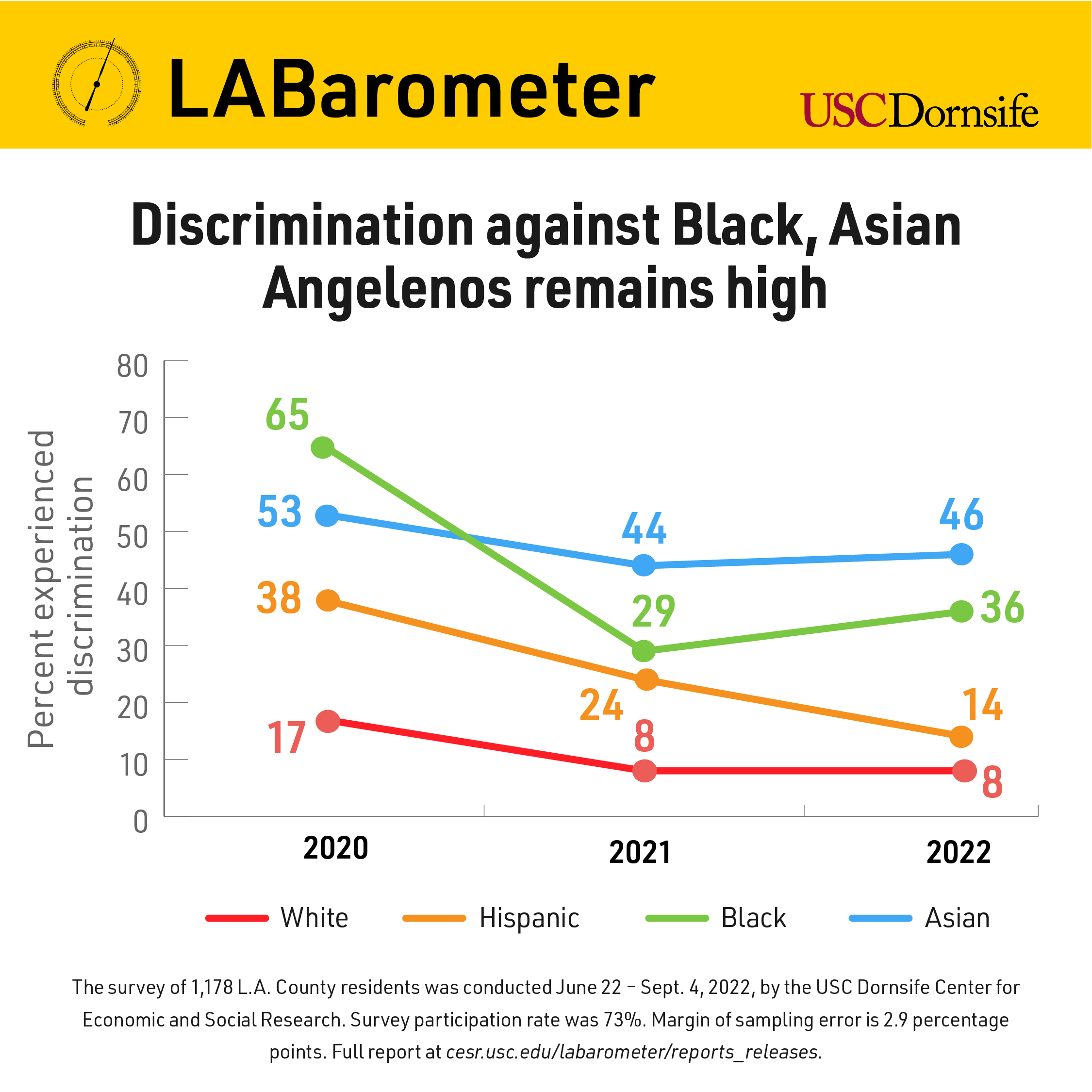 Forty-six percent of Asian Angelenos experienced racial/ethnic discrimination in the past year, up 2 percentage points from 2021.

Nearly 3 in 4 Angelenos delayed or went without some type of medical care they needed over the last 12 months — primarily due to cost and availability challenges.

The survey of 1,178 L.A. County residents was conducted from June 22 to Sept. 4, 2022, by the USC Dornsife Center for Economic and Social Research. The survey participation rate was 73% and the margin of sampling error is 2.9 percentage points.

Smoke, heat and stress: A snapshot from Southern California of life in an altered climate

The latest USC Dornsife-Union Bank LABarometer survey shows that the effects of climate change have impacted Los Angeles County residents in a variety of ways including mental health.

California approved regulations banning the sale of new gasoline-powered cars and trucks by 2035, an action aimed at addressing climate change that could speed the nation’s transition to electric vehicles. How will incentives from the Inflation Reduction Act affect the hot electric vehicle market? USC Assistant Professor Hovig Tchalian weighs in.

The second annual USC Dornsife-Union Bank LABarometer survey regarding sustainability and resilience examines how Los Angeles County residents experience and interact with their natural environment in the midst of a warming climate.

Still, the USC Dornsife-Union Bank LABarometer livability survey finds people perceive less crime, vandalism and drug and alcohol use in their neighborhoods than they did in 2019.

Nearly 3 years since start of pandemic, USC Dornsife report shows how life in L.A. is changing