Filipina American educator and librarian Helen Agcaoili Summers Brown, known affectionately as “Auntie Helen,” was on the minds of many during the Pilipino American History Month closing reception on Tuesday.

The reception, hosted by USC Libraries, celebrated the exhibit Preserving Filipino Los Angeles, located in the Edward L. Doheny Jr. Memorial Library’s Ground Floor Rotunda through the end of the fall semester. The collection highlights the Filipino American lived experience in Los Angeles and includes several of the books, pamphlets, photographs and artifacts that Brown collected over four decades. 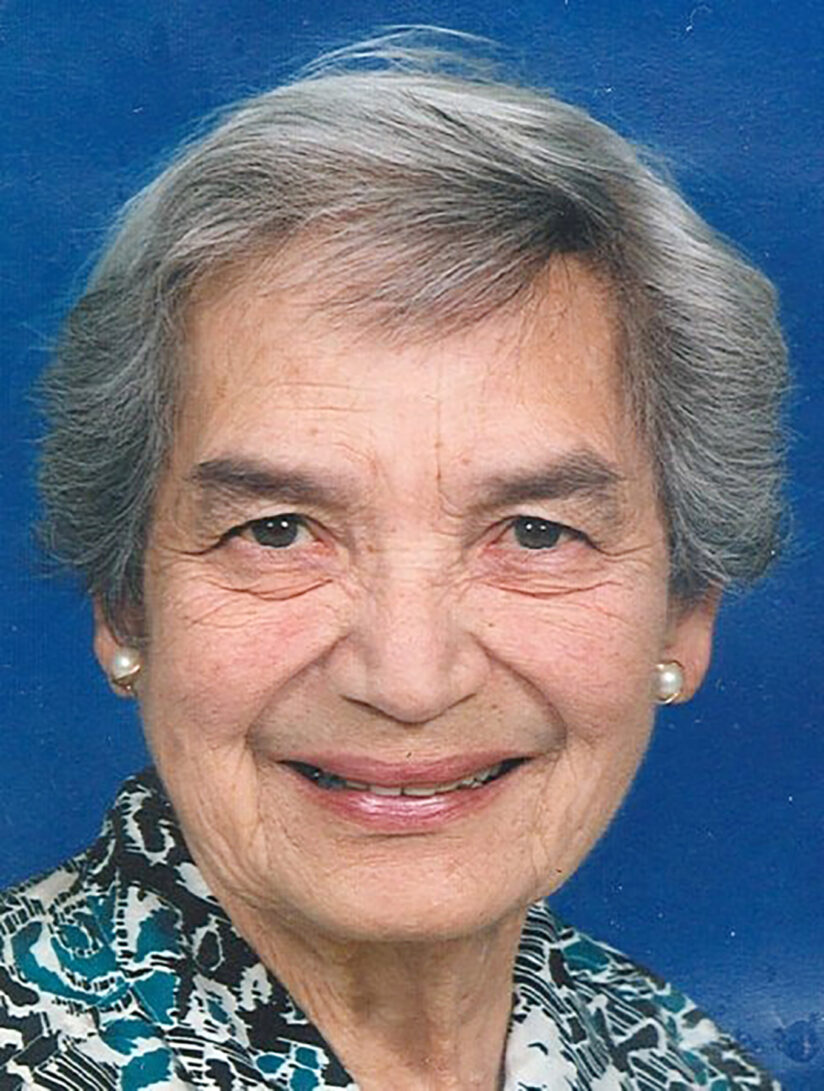 “Auntie Helen is actually why we’re here,” co-curator Melanee Vicedo told the crowd of students, faculty, staff and guests gathered at Doheny Memorial Library’s Nazarian Pavilion. “We combed through that collection; we spent a lot of time. We selected materials that cover customs, traditions, Filipinos in wartime, education, immigration and Filipino American history.”

While a student at Pasadena City College, Brown was writing a report on the Spanish influence on Manila but couldn’t find resources at her college or local library. She eventually completed the assignment using her father’s scrapbooks and memorabilia. The experience inspired her to collect resources on Filipino culture for the rest of her life.

Brown, who died in 2011 at the age of 95, was an educator with the Los Angeles Unified School District for 34 years and established the first library in the United States to focus on the Philippines and the Filipino American experience. The Filipino American Library Collection — which houses more than 6,000 items — has had several locations since first opening to the public in 1985. It was acquired by USC in 2017, and a large portion of the collection has been digitized by the university. The archive includes materials written in English and Filipino languages including Tagalog and Ilocano.

Vicedo, associate dean for teaching, learning and research engagement at USC Libraries, curated the exhibit with Vanessa Gomez Brake, associate dean of religious life at USC, and Alyssa Adraneda, a business development coordinator at the USC Marshall School of Business and graduate student in the school’s master of management in library and information science program. 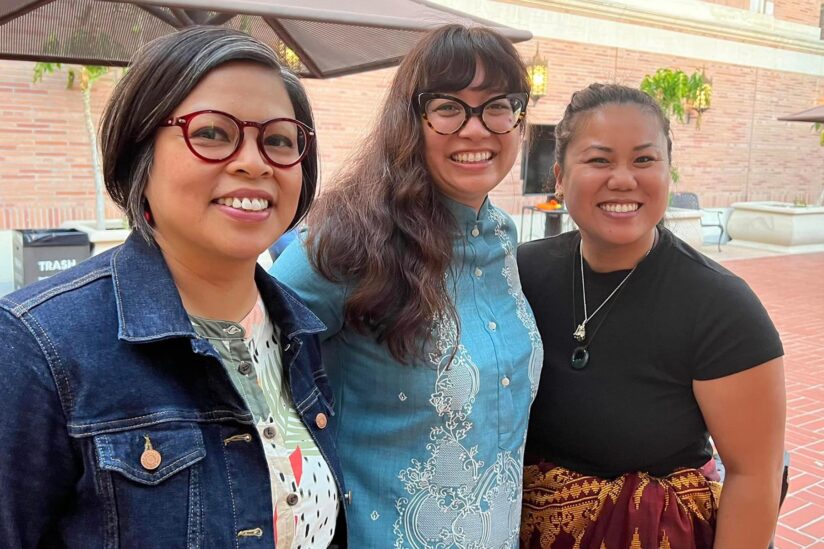 “Los Angeles has a huge Filipino American community, and I think this is a great reflection of that community,” Vicedo said. “We’re not represented a lot, especially in spaces like this. Whether someone is of Filipino descent or not, there is something for everyone.”

While giving a tour of the exhibit during the closing-night party, Adraneda grew emotional discussing the Bataan Death March. In 1942, the Imperial Japanese Army forced between 60,000 and 80,000 American and Filipino prisoners of war to march more than 60 miles in the Philippines during World War II.

Her grandfather — who delivered messages between the U.S. and Philippine armies during the war — was among those who marched. He managed to survive, but many others died during the perilous journey.

“A lot of pain I see in the Filipino community is just not knowing and acknowledging things that have happened in the past and wanting to forget them,” Adraneda told the tour group. “The pain is something you don’t want to remember often, but it still exists. You have to figure out how to learn from it and get better from it.”

Earlier in the evening, while addressing the crowd at the reception, Adraneda said the collection “speaks volumes” about the Filipino American community and how recognition of their history is long overdue.

We’ve been here since the 1500s but are just now being recognized.

Alyssa Adraneda, one of the exhibit’s curators

“We’ve been here since the 1500s but are just now being recognized,” she said. “It shows our resiliency, it shows how powerful we are as a community if we come together. It represents how powerful and rich our history is.”

The closing party, which also included food and karaoke performances, wrapped up a series of events throughout October. There was a launch party hosted by the Asian Pacific Islander Faculty and Staff Association, a Migration Stories Workshop presented by Troy Philippines, and a USC Libraries panel of Filipino American community members and USC faculty and staff speaking about the library exhibit during a Los Angeles Archives Bazaar event on Oct. 22.

Before launching into a spirited karaoke performance, Keck School of Medicine of USC graduate student Carla Ibarra told the crowd at the closing event that the month “is something personal to me as a trans Filipina and as an immigrant in this country.”

“It’s called ‘History Month’ because we have contributions to the history of the United States,” Ibarra said. “I hope we keep remembering that alongside our Latinx, Latino and Latina brothers and sisters and our African American brothers and sisters, we are here and we’re making progress.”

Adrian De Leon, assistant professor of American studies and ethnicity at the USC Dornsife College of Letters, Arts and Sciences, was also at the event and said he hopes the exhibit will result in people reflecting on both the good and the bad in Filipino American history.

“I hope people check it out,” he said. “I hope people learn a thing or two about the Philippines and about the fact that Los Angeles has such an incredible, vibrant, huge Filipino community and why and where we come from.”

More stories about: Diversity Equity and Inclusion, Race and Ethnicity

Mariachi Los Troyanos de USC is heavily booked, with gigs on campus, at major city events and on television.