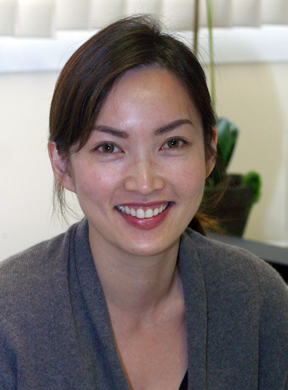 Researchers have known that a woman’s natural hormone levels can affect her risk of developing breast cancer. A new USC study has found that the natural levels of estrogens in post-menopausal women varies by ethnicity and race, and may explain the differences in the two groups’ breast cancer rates.

The study appears in the October issue of Cancer Epidemiology, Biomarkers & Prevention.

Using data from the Multiethnic Cohort Study, V. Wendy Setiawan, assistant professor of preventive medicine at the Keck School of Medicine, and her colleagues determined that of the five primary ethnicities/races in the cohort, native Hawaiians have the highest risk of breast cancer—65 percent greater than whites.

They also had some of the highest levels of circulating estrogens.

“We had observed that some groups, such as native Hawaiians, have higher breast cancer rates compared to white women. We knew hormones are a factor, so we decided to test them,” says Setiawan. “The research seems to support that idea.”

The researchers also found that Japanese-American women have comparatively high estrogen levels and the second highest breast cancer risk of the five groups. “This is interesting because breast cancer rates have been increasing steadily in Japanese women who live in the United States, as well as in Japanese women who live in Japan,” Setiawan says. “We think it could be caused by lifestyle changes that impact age at first menstruation or other factors.”

Latinas had similar hormone profiles to whites, while Latina women who had recently immigrated had slightly lower levels, though not statistically significant, the researchers found. However, risk of breast cancer in Latinas is the lowest of the groups studied.

The researchers analyzed the hormone levels in 739 postmenopausal women in the cohort who were not on hormone replacement therapy. After adjusting the hormone levels for age, body mass index, and other lifestyle factors, they then compared the levels to their ethnic/racial groups’ breast cancer incidences. The study is the largest analysis of hormone levels by ethnic group, and the first large study of native Hawaiians and Latinas.

“Clearly, more work is needed to identify factors that contribute to racial and ethnic differences in hormone levels,” Setiawan says.

The research was supported by grants from the National Cancer Institute.

The USC-led study examined the shoulder assembly of Little Foot, an Australopithecus that lived more than 3 million years ago, and may have confirmed how our human ancestors used their arms.