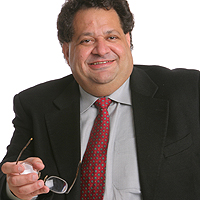 “The foundation sector is strong and vibrant,” said SPPD professor James M. Ferris, director of the Center on Philanthropy and Public Policy.

Weathering economic downturns earlier this decade, California foundations have rebounded, nearly restoring assets and exceeding giving levels found at high watermark levels in the year 2000, according to a new report by the Center on Philanthropy and Public Policy at the USC School of Policy, Planning, and Development.

When adjusted for inflation, assets declined by 2 percent and giving increased by 21 percent.

“While our earlier analysis found the foundation sector suffered declines in the early years of the decade, foundation fortunes have rebounded and giving is beginning to pick up its pace,” said SPPD professor James M. Ferris, director of the Center on Philanthropy and Public Policy. “The foundation sector is strong and vibrant, and the prospects for the future are bright.”

In addition to measuring the growth of foundations in California, the new report also offers analysis of the structure of the California foundation sector and changing patterns in its capacity and grant making. Key findings include:

� Foundation capacity continues to be concentrated in the Bay Area and the Los Angeles area, with 68 percent of the foundations and 89 percent of foundation assets located in these regions.

“The regional and county level analyses featured in this study provide the perfect complement to the Foundation Center’s new ‘California Foundations’ report, which looks broadly at changes in resources and giving priorities among California foundations since the late 1990s,” said Steven Lawrence, director of research at the Foundation Center. “Together, these reports provide the most detailed picture available of the state’s foundation community.”

“California Foundations 2004: Trends and Patterns” was developed in cooperation with The Foundation Center and funded by The California Endowment, The James Irvine Foundation and The David and Lucile Packard Foundation. A summary of the report is available at https://www.usc.edu/philanthropy.

The report is being released simultaneously with The Foundation Center’s California Foundations: An Update on the State’s Grantmaking Community.

California Foundations on the Mend