Renowned choreographer and dancer Monica Bill Barnes and writer Robbie Saenz de Viteri are bringing their latest high-energy performance to Los Angeles with the help of students at the USC Kaufman School of Dance. 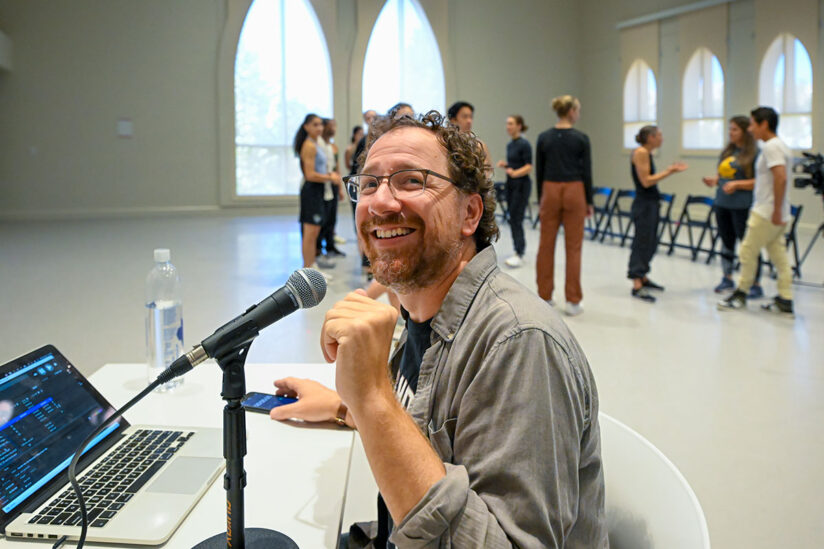 With just four days between auditions and the final show to learn the choreography and the creators’ vision, USC Kaufman students — most of whom are freshmen — have been working tirelessly to bring the vision of Barnes and de Viteri’s New York City-based dance company vision to life.

“Dancers are some of the few artists that will sign up for something kind of insane,” Barnes said. “The invitation is in five days to learn an entire show, and then perform it on a big stage, and that’s a lot to ask of people.”

► VIDEO: Watch the students prepare in this Instgram video from Visions and Voices

The show, Monica Bill Barnes & Company: The Running Show, makes its West Coast premiere at 7 p.m. Thursday in USC’s Bovard Auditorium. The performance — presented by USC’s Visions and Voices series — will feature 13 dance students from USC Kaufman and provides an authentic look into the life of a dancer as a new kind of sports hero.

‘You don’t really know the outcome’

“It came out of a real desire to steal something from sports, which is that you don’t really know the outcome,” Saenz de Viteri said of the show using new performers in each city. “It’s the thing that I think sports really has over theater in a lot of ways.”

Freshman Simone Peterson admits that she doesn’t know much about sports, but as a USC Kaufman dance student, she said she understands movement and pushing her body to the limit, which is what prompted her to audition for the show.

Admission is free but tickets are required.

“I think I actually understood sports a little bit better because this dance is heavily geared towards sports,” Peterson said. “Hopefully people will see dance more through a sports lens instead of the opposite.”

The performance made its debut in July at the American Dance Festival. Each performance teams with local artists ranging in age from 12 to 80 years old to develop a new version of The Running Show in each city.

“It both sort of celebrates dance and it really questions what it is to commit your life to something physical that you know has an expiration date,” Barnes said. “This week is about challenging students but also really supporting and encouraging them and bringing them along in this process.”

Though there are differences among the performances, the show always features rigorous athletic movement from Barnes and the students accompanied by witty play-by-play commentary and narration delivered by Saenz de Viteri from his “press box” on stage. Through the course of the rehearsals leading up to the performance, Saenz de Viteri will interview the cast and then incorporate their stories and voices into the show.

“I call it a physical live documentary about the life of a dancer,” Saenz de Viteri said. “It takes audiences through what it means to like fall in love with dance when you’re 7 years old … and then what it means to decide to pursue that as a career in college, and then what that means 20 years after that when you’ve dedicated your life to this physical thing.” 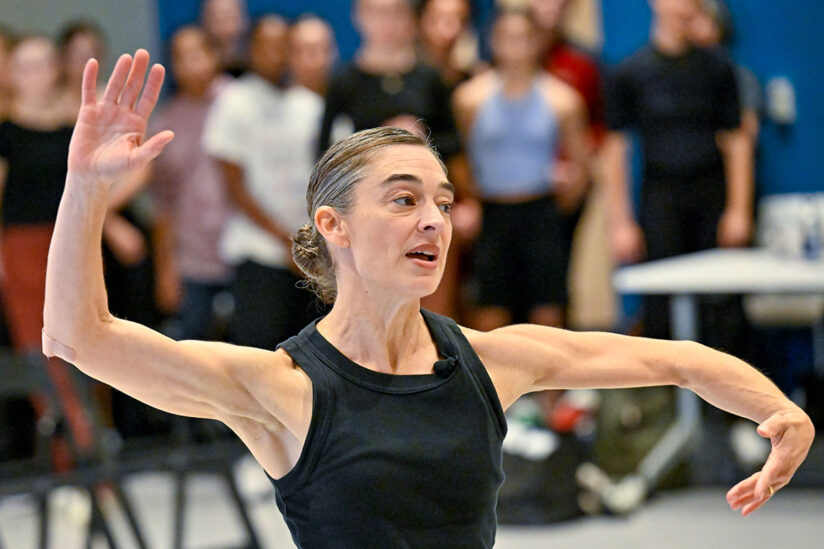 The quick turnaround between auditions and performance was part of the appeal to USC sophomore Avery Zerr.

“That’s the fun thing about it,” Zerr said. “It’s almost like a little game of seeing how quickly you can pick up things and how detailed you can be with the work that you’ve been given.”

Both Barnes and Saenz de Viteri said that the intense atmosphere brings the performers closer. The four-day process provides both dancers and choreographers with a new way of looking at their craft. The hope is that this approach can offer a fresh perspective for the audience.

“I think it’s almost an appreciation of athletics and the tedious work that goes into that,” Zerr said, “and how it’s almost a little bit hilarious how much time we spend doing these things, and how hard we work at them and how much we push our bodies, which is the same for dance.”

The showcase at the historic Joyce Theater celebrates the first four years of USC Kaufman, which will graduate its first class in May.