They didn’t want to drive because flying is more their thing. But 1,400 miles and 26 hours later, a van filled with members of the USC AeroDesign Team arrived in Wichita, Kan. Team members didn’t have a choice. 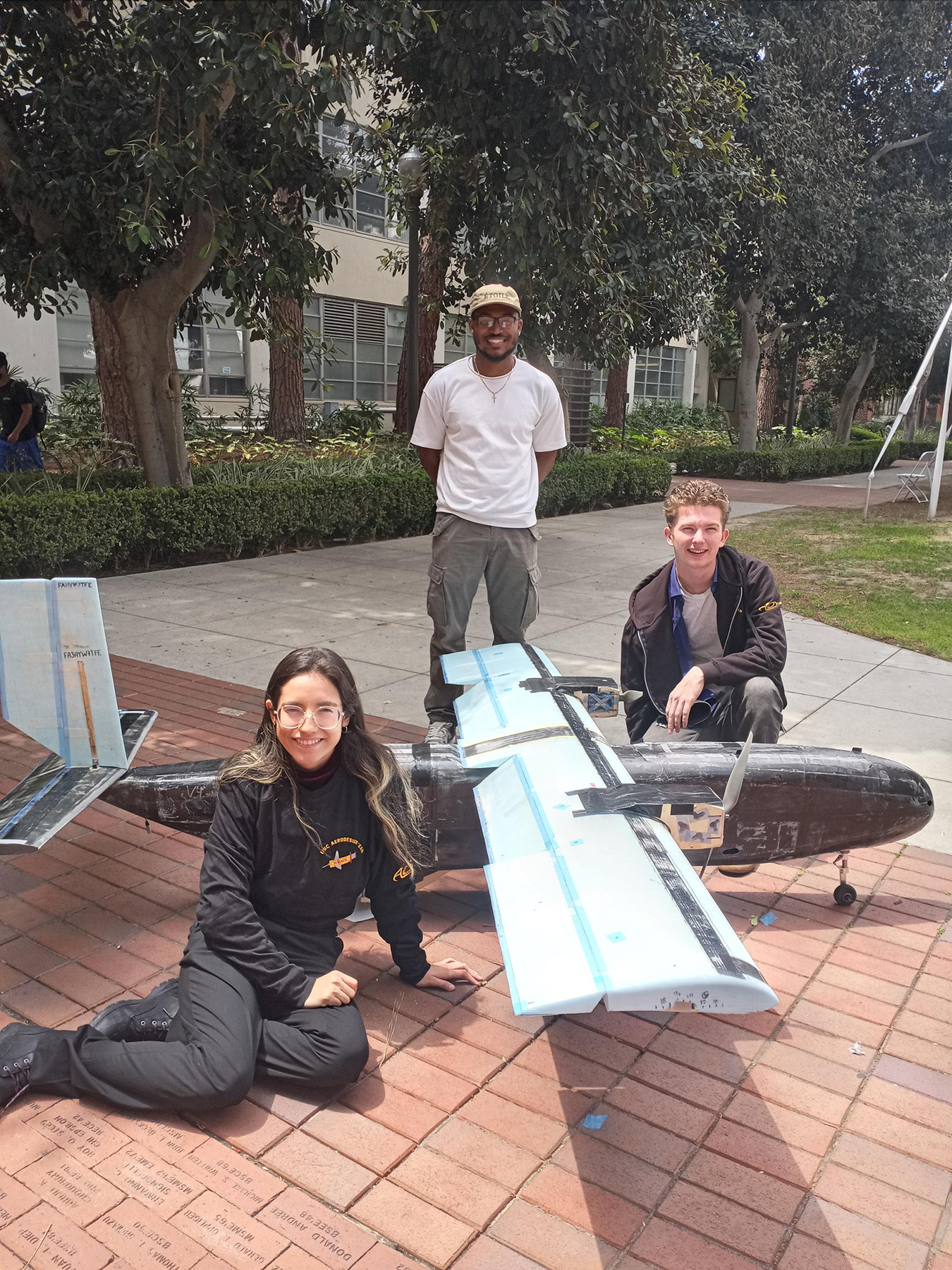 “The plane we were entering into the competition had both a wingspan and length of 8 feet, which is the max size for checked luggage,” the team’s chief engineer, Jackson Markow.  “So, we had to drive to get there” — there being the Textron Aviation Wichita Service Center and the site of the 26th American Institute of Aeronautics and Astronautics Design/Build/Fly competition.

Since 1996, the objective of the Design/Build/Fly contest has been to challenge students to design, fabricate and demonstrate flight capabilities of an unmanned, electric-powered, radio-controlled aircraft. Each year, the contest is updated with new design requirements and performance objectives.

USC student engineers among 69 teams from around the world

This year’s contest, held in April, attracted 69 teams from top universities all over the world, including USC’s team — which as has taken first place three times in the competition. This year’s team was ready for the challenge.

“We’ve worked really hard for the past year and designed a really competitive aircraft,” Markow said. “We all love airplanes, we love things that fly, we love rockets, and we love designing things from our own minds.” 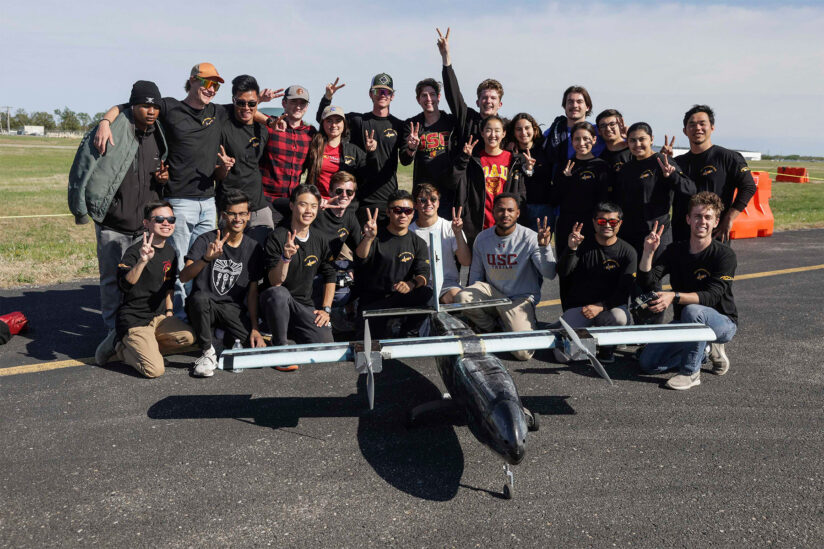 USC’s AeroDesign Team competed against 68 other teams from around the world. (Photo/Courtesy of Michael Tawata)

The 2022 USC team was made up of more than two dozen students looking to gain hands-on experience by applying textbook principles to real-world situations.

Logistics manager Mikell Myers has been on the student-led team since his freshman year and calls the firsthand experience invaluable.

“I don’t come from a family of engineers,” Myers said. “There’s that separation between knowledge and application and that’s what I’ve found in the AeroDesign team: I can take what I’ve learned, and I can turn it into something usable and feasible and really apply it.”

The customized mission for the 2022 fly-off was to design, build and test an aircraft to deliver vaccination components. Missions over the three-day contest included deployment of the aircraft, staging of vaccination syringes, and delivery of environmentally sensitive vaccine vial packages.

Diana Salcedo-Pierce, who served as the program manager, said the competition involved a myriad of challenges.

“Our team had to fly as many syringes as possible in three laps in under 10 minutes,” Salcedo-Pierce said. “We also were required to turn in a report of our plane’s design, so the competition was composed of a report score and motion score.”

In the end, the USC AeroDesign Team took fourth place, but the real prizes were classmate camaraderie — and a leg up on their careers.

“The competition is part of it, but there’s the getting to know your classmates, making friends, building up a network and knowing people both in school and the really great alumni network,” Markow said. “Also, getting involved in the fabric of the engineering community and, especially, the aerospace engineering community, which is a small one.”

This summer, team chief engineer Markow worked for the San Francisco-based company Zipline, which develops medical delivery drones that drop off lifesaving blood supplies and vaccines all over the world. Jackson said he’s also interested in small satellites and space. “I see myself starting my own company,” Markow said. “I’m interested in structural analysis and performance analysis, skills that I’ve learned at USC.”

Logistics manager Myers, who has accepted a job at the Jacobs engineering firm in his home state of Maryland, said he was hired in part for his expertise in propulsion systems.

“I couldn’t believe I got the offer,” she said. “My parents are from Mexico and my mom got her master’s degree there, but my dad didn’t go to college. I’m the first in my family to graduate from college in the United States.”

The recent USC Viterbi graduates agreed that their hands-on experience on the USC AeroDesign Team gave them a competitive edge when applying for aerospace jobs.

“When you get educated, people say they also want you to have experience as well,” Myers said. “And now I have that experience because of my time on this team.”

For more information on joining the USC AeroDesign Team, visit the program page.

The 2023 AIAA Design/Build/Fly will be hosted by the Tucson International Modelplex Park Association in Arizona and is tentatively scheduled for April 13-16.