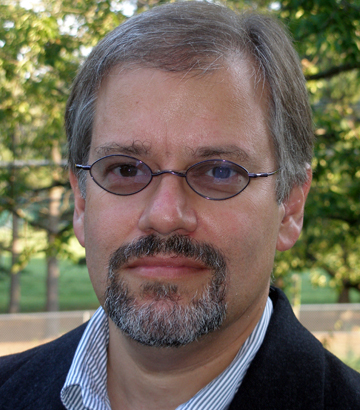 Imagine a world where the “bench” in the psychiatrist’s office has no leather and all the chairs are actually stools lined up along a metal lab table.

While there will always be a need for the traditional psychiatric clinician, the future of psychiatry involves a significant amount of bench research, noted Carlos Pato, chair of the Department of Psychiatry at the Keck School of Medicine.

Research into psychiatric neuroscience presents the tantalizing possibility that medications could stave off many crippling conditions that are only treated symptomatically now, he said. And with the two-part game plan Pato has for the department, much of that research will come from USC.

“The USC Department of Psychiatry has traditionally had a very strong educational focus, training excellent clinicians to treat those with serious mental illness,” said Pato, who came to USC from the Veteran’s Administration in Washington, D.C., about a year ago. “That mission is absolutely critical to advance. But in becoming one of the leading private research universities, USC is moving quite naturally into psychiatric neuroscience as well.”

Pato defines genomic psychiatry “quite broadly,” to be the study of genetic risk, gene expression, its functional impact and the interaction of those risks with environmental risks that lead to illness. “The promise of genomic psychiatry is actually developing a major way that medicine will be practiced�with the potential of defining the risks so you can intervene before people become ill.”

Genomic psychiatry is a natural progression for “those of us who were looking at research opportunities in the 1980s and benefited from the beginning of the era of molecular genetics,” he said. “Those tools really allowed us to open a new window on these tremendously disabling illnesses.”

For centuries, he added, “we’ve suspected�or known�that many of these illnesses were familial. For example, if you have a sibling who’s ill with bipolar, there’s a 10 to 15 percent risk that you will have it. If you’re an identical twin, the risk rises to 75 percent. Muiltiple studies show a genetically transmitted risk that’s very important in whether or not you become ill.”

At the same time, he added, “there are also environmental factors, such as an infection, nutritional status, anything in both external and internal environment. The trigger may be an in utero event. So these are complex disorders with a tremendous amount of genetic liability as part of the pathophysiology.”

One of the projects already providing “tantalizing” prospects is a study looking at gene expression profiling from leukocytes in schizophrenia.

“It’s the beginning of what might end up being a diagnostic blood test,” he said. “It’s one of a number of potential avenues that are still some time in the future.”

USC is uniquely poised to take advantage of the new era of genomic psychiatry, he said, given that it has a number of researchers who are studying epigenetics�the heritable changes in genome function that occur without a change in DNA sequence. For decades, the sequence of DNA was considered to be the sole determinant of heritable information, but recent discoveries have drastically changed this view. So-called “epigenetic” modifications�changes to the chemical “switches” that turn specific genes on and off�affect hereditary information without the genetic code being modified.

And more recruits will be coming, he said.

The traditional training role of the department will benefit from the “translational” aspect of the bench research, Pato added. “The interface between the science and the direct care of patients will improve care significantly,” he said. “We’re very cognizant of the need to work with things we can do today to improve the care delivered to our patients in Los Angeles.”

In fact, said Pato, “we are equally committed to improvement in the traditional strengths of this department, in to bringing together absolutely the best people who want to work with each other and improve the clinical and training missions. We are looking at how we can work with state and federal government and community networks of providers to better the lives of our patients, to improve their care and to achieve the highest level of recovery in our patients.”

Evolving the department to take advantage of both the latest science and improved clinical practice will take some time, said Pato, but is completely within realistic expectations. “We’re looking for the synergy achieved by ideas that compliment each other and produce new directions,” he said. “I’m very optimistic.”

Carlos Pato, recently received a Doctorate “Honoris Causa” from the University of Coimbra in Portugal. Pato, who was born in Coimbra, traveled to the school to receive the honor during a special commencement ceremony, which is “done in Medieval garb, because this is one of the oldest Universities in Europe.” He added that the Ph.D. is presented to a recipient only after a thorough review of their work. “They’ve been giving this degree for almost 500 years,” he said. “It’s a significant honor.”