Many Americans will take time to remember the Holocaust and the anniversary of the Warsaw ghetto uprising as part of Yom HaShoah — Holocaust Remembrance Day from sundown Wednesday through Thursday. This year’s remembrance overlaps with a disturbing moment in Russia’s war against Ukraine, as recent documentation has shown atrocities against civilians in Bucha.

Kori Street, interim executive director of USC Shoah Foundation — The Institute for Visual History and Education, recently discussed concerns about genocide in Ukraine, the distortion of the Holocaust and the recent loss of one Ukrainian who survived the Holocaust only to die in her home in Mariupol.

What can you say about what’s going on with Ukraine, particularly the atrocities in Bucha?

The war between Russia and Ukraine is resulting in what can only really be called appalling in terms of the cost to civilians and military personnel. From that perspective, it’s a horrible situation. It’s a tragedy. 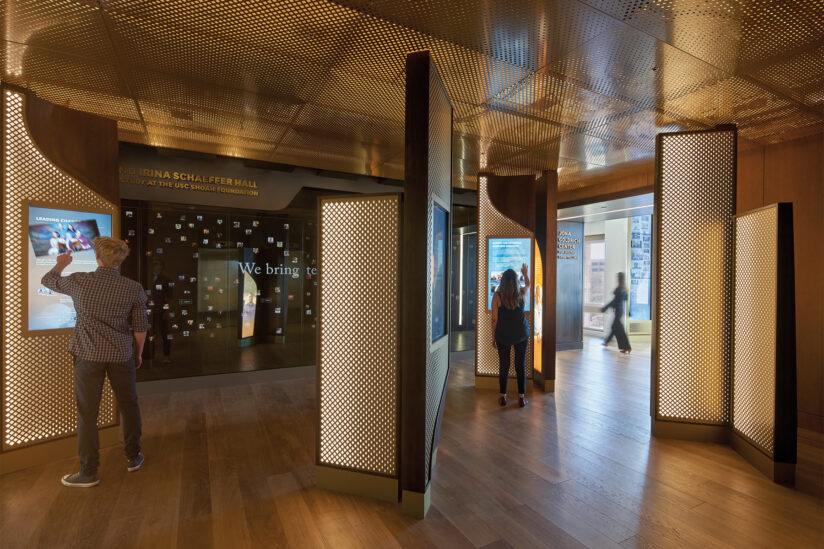 Based on reports, I’m confident that there are war crimes ongoing. Absolutely. I don’t know that it meets the definition of a genocide as the United Nations has defined it, but I also don’t know that anyone’s in a position right now to measure that.

How do you go about gathering testimony in the middle of a conflict?

We’re delighted our Starling initiative [an archive preservation project with Stanford University] is currently partnering with a number of organizations to help determine and verify what is going on in the region not only by taking interviews, but by using other documentation, such as social media. And this is why the Starling initiative is so important and why documentation and verification are both so critical.

We’ve got some great partners who are already operating in the Ukraine region. Yahad-In Unum, for example, has worked tirelessly for years in Ukraine, and already has teams on the ground who are taking the interviews of witnesses and survivors in Bucha and other locations in order to understand what has been happening to the civilian population.

We’re working with other organizations to ensure that we can verify that content is authentic, which is made more difficult by the level of distortion and denialism that has characterized the Russia-Ukraine war, on both sides, along with the level of Holocaust distortion. The kinds of terms that are being bandied about as political rhetoric on both sides is incredibly disheartening and disappointing, and certainly is playing into the very question that you asked about – whether it is genocide.

How does such misinformation and disinformation hinder your efforts to document truth and stories from survivors?

Through the International Holocaust Remembrance Alliance, we’re involved in a campaign to fight Holocaust distortion. The Holocaust is perhaps the most documented genocide in our history, and yet it’s reached a horrific level of distortion, particularly recently from extremist groups on both sides of the political spectrum. Just the level of misuse, reframing or diminishing is concerning. Putin indicating that the ‘de-Nazification’ of Ukraine is justification for this war is one example.

We’re seeing this distortion of the Holocaust across the political spectrum. And that does us all a disservice.

We’re seeing this distortion of the Holocaust across the political spectrum. And that does us all a disservice. That really calls into question some of the basic precepts of our democratic principles. Again, coming back to the Starling initiative, that’s why this kind of documentation is so important.

Russia-Ukraine is not the only conflict where it appears that certain groups of people are the target of genocide. Situations in Southeast Asia and Africa that have been deemed genocide or are under investigation by the U.N. have not gotten the attention of the potential genocide in Ukraine. Why is that?

Part of it is the historical connectivity with Ukraine. Part of it also is most of the refugees that are streaming out of Ukraine look very much like the people who are in the spaces that they are going to, and they share many of the same values.

I would say that part of it has to do with concepts around constructions around race and ethnicity. And that is far closer to home when it’s someone who’s recognizable.

There’s a great deal more interest in whether or not what’s happening in Ukraine is genocide, at a time when there are literally two or three other places that genocide does seem to be occurring, particularly in sub-Saharan Africa. I think we are in a society where we are getting more and more into our silos in terms of othering those who aren’t who aren’t like us, and I think we’re seeing that in America, we’re seeing that in our neighborhoods, but we’re also seeing that on a geopolitical level.

There’s also the argument that geopolitically Ukraine could be the tip of the iceberg for Europe, for Russia. It is evoking a Cold War-style dystopia where you’ve got Russia as the boogeyman and that notion of Putin as an authoritarian leader who may or may not go further if he’s not stopped at some point. You’re seeing lots of historical tropes coming up that refer back to these fears that are very much a part of our history.

Does USC Shoah Foundation ever weigh in on what is or isn’t genocide?

We shared a position last year, as have other organizations in the field that what is happening to the Uyghurs [in China] is a genocide. What has happened to the Rohingya is a genocide. And there are others that are actively in place that are not as, you know, politically acceptable to intervene or label as such. But that’s not to say that we shouldn’t be calling out what we see and that we shouldn’t be looking carefully at these spaces.

USC Shoah Foundation has shared on its social media channels the recorded testimony of the late Holocaust survivor Vanda Obiedkova to mark the end of Passover. Obiedkova died recently at her home in Mariupol, Ukraine, a city devasted by Russian attacks. In her Russian-language testimony, she shared memories of celebrating Passover with her family.

Why is gathering testimony a critical mission in curbing violence and genocide?

There are opportunities for testimony to help break down barriers. It’s the power of story. We noticed it recently when we learned of the 91-year-old survivor who was killed hiding in the basement of her home in Mariupol. There was a sense in the reporting that her story was lost, but, in fact, it is preserved in the Visual History Archive. We can provide it to the family, even though the tape of the original testimony is lost, but because we’ve digitized it, because we have these available, we’re able to reach out, we’re able to provide that story. It’s tragic that after surviving the Nazis, she lost her life in the way she did. Through her testimony, her story can live on so that people can be inspired.

While it assists with testimony gathering, the Starling project is largely working to develop the technology to support verification at the source and to preserve the information.

Wolf Gruner, founding director of USC Shoah Foundation’s Center for Advanced Genocide Research, began his quest to build a Holocaust library as soon as he arrived at USC a decade ago.