As scientists around the world seek solutions for Alzheimer’s disease, a new study reveals that two indigenous groups in the Bolivian Amazon have among the lowest rates of dementia in the world.

An international team of researchers found among older Tsimane and Moseten people, only about 1% suffer from dementia. In contrast, 11% of people age 65 and older living in the United States have dementia, according to the Alzheimer’s Association.

“Something about the pre-industrial subsistence lifestyle appears to protect older Tsimane and Moseten from dementia,” said Margaret Gatz, the lead study author and professor of psychology, gerontology and preventive medicine at the Center for Economic and Social Research at the USC Dornsife College of Letters, Arts and Sciences. 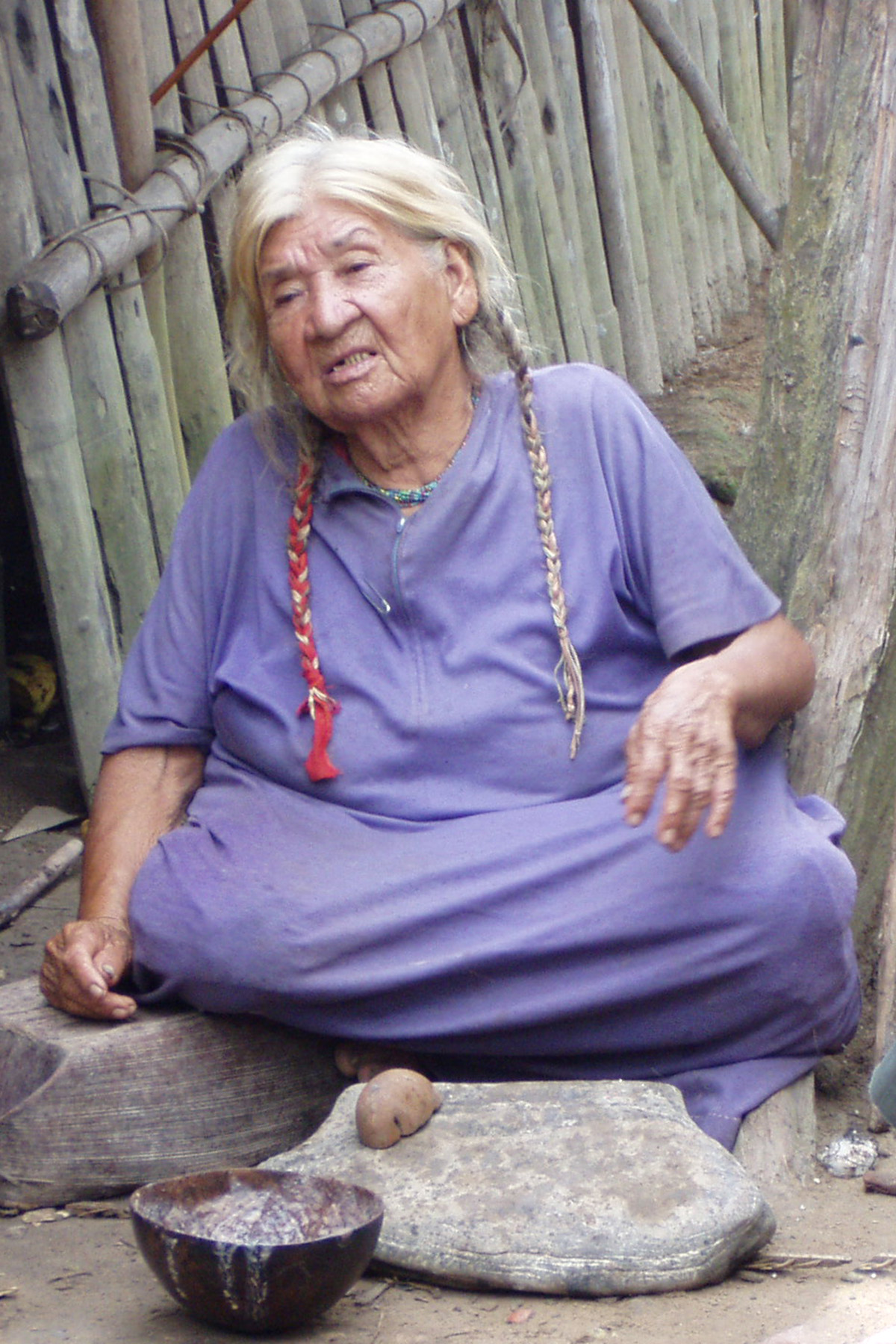 The study found only five cases of dementia among 435 Tsimane people and just one case among 169 Moseten age 60 and over. (Photo/Courtesy of Michael Gurven, UC Santa Barbara)

The study, published in Alzheimer’s & Dementia: The Journal of the Alzheimer’s Association, found only five cases of dementia among 435 Tsimane people and just one case among 169 Moseten age 60 and over.

In the same over-60 groups, the research team diagnosed about 8% of Tsimane and 10% of Moseten with mild cognitive impairment (MCI), which is typically marked by early stage memory loss or decline of other cognitive ability, such as language or spatial perception. The study’s authors pointed out these rates are more comparable to MCI in high-income countries like the U.S.

Researchers were surprised to find that the study participants found to have dementia or MCI frequently had unusual and prominent calcifications of their intracranial arteries. These study participants frequently displayed Parkinsonian symptoms during neurological examinations and cognitive deficits in attention, spatial awareness and executive functioning.

Although calcifications were more common among the cognitively impaired, researchers also observed these vascular calcifications in the CT scans of those without dementia or MCI.  They say more research is needed to understand the role of vascular factors as well as infectious and inflammatory disorders — which are highly prevalent in these populations — along with other risks for dementia. To this end, the research team is currently returning to all the Tsimane and Moseten villages to revisit those who were previously assessed.

Comparing dementia rates among Tsimane, Moseten and other indigenous peoples

The roughly 17,000 Tsimane remain physically very active throughout their lifespans as they fish, hunt and farm with hand tools and gather food from the forest. The 3,000 Moseten also reside in rural villages and engage in subsistence agricultural work. Unlike the more isolated Tsimane, they live closer to towns and have schools, access to clean water and medical services, and are more likely to be literate. 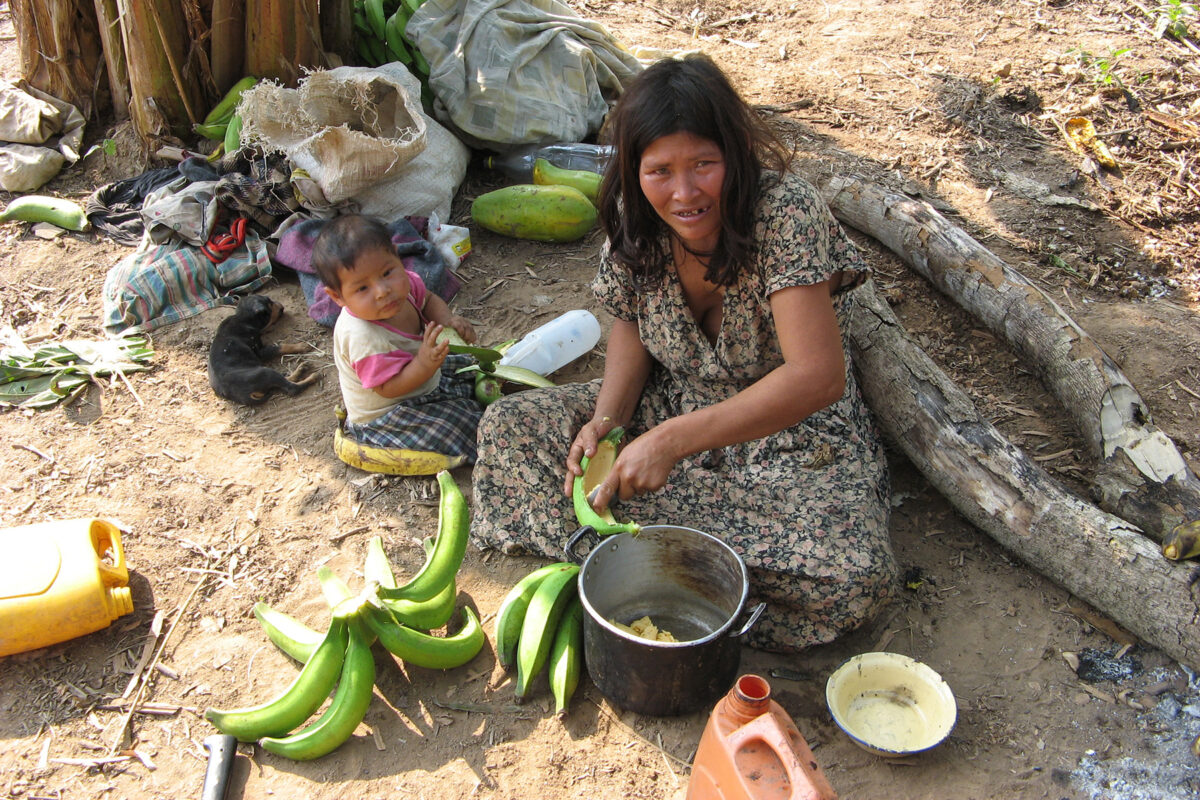 The Tsimane live much as they have for generations, offering researchers insights about the health benefits of a hunter-forager-farmer lifestyle. (Photo/Courtesy of Tsimane Health and Life History Project Team)

The study authors compared their results to a systematic review of 15 studies of indigenous populations in Australia, North America, Guam and Brazil. That earlier review found dementia prevalence ranging from 0.5% to 20% among indigenous older adults.

The fact that indigenous populations in other parts of the world have high rates of dementia may be due to a higher amount of contact with — and adoption of lifestyles of — their non-indigenous neighbors. They also face greater risks of diabetes, hypertension, alcohol abuse, obesity and cardiovascular disease.

These dementia risk factors are extremely low among the Tsimane and Moseten populations. Prior research published in The Lancet showed the Tsimane people have extraordinarily healthy hearts in older age and the lowest prevalence of coronary atherosclerosis (a disease that shows in the form of fatty deposits inside arteries) of any population known to science. This distinction may be linked to their subsistence lifestyle.

Another study published last year in The Journal of Gerontology — led by USC assistant professor Andrei Irimia, also a co-author on the new publication — found that the Tsimane experience less brain atrophy than their American and European peers.

Researchers say in contrast to the Tsimane, lifestyle factors in higher-income countries — including lack of physical activity and diets rich in sugars and fats — contribute to heart disease and may also accelerate brain aging.

Alzheimer’s research: A race for solutions

Aging is the most important known risk factor for Alzheimer’s and other dementias. Converging evidence points to low formal education, midlife hypertension and diabetes, cardiovascular diseases, physical inactivity and — most recently — air pollution as the major modifiable risk factors for dementia and Alzheimer’s disease.

An aging global population, along with the proliferation of those modifiable risk factors, will lead to a tripling of the number of people with dementia worldwide by 2050, to more than 152 million, according to estimates.

“We’re in a race for solutions to the growing prevalence of Alzheimer’s disease and related dementias,” said Hillard Kaplan, a study co-author and professor of health economics and anthropology at Chapman University who has studied the Tsimane for two decades. “Looking at these diverse populations augments and accelerates our understanding of these diseases and generate new insights.”

“By working with populations like the Tsimane and the Moseten, we can get a better understanding of global human variation and what human health was like in different environments before industrialization,” said Benjamin Trumble, a study co-author and an associate professor in the School of Human Evolution and Social Change and the Center for Evolution and Medicine at Arizona State University. “What we do know is the sedentary, urban, industrial life is quite novel when compared with how our ancestors lived for more than 99% of humanity’s existence.”

By studying the APOE4 gene and its impact on brain inflammation and metabolism of fatty acids, Hussein Yassine discovers potential new ways to prevent cognitive decline.

After watching his twin brother lose a 15-year fight with the memory-robbing illness, Dan Epstein decided to do something about it. The result: an unprecedented research collaboration between USC and UC San Diego.

Among older Americans surveyed in the weeks after FDA approval of aducanumab, few could correctly answer true or false questions about the first new Alzheimer’s drug in decades.