Laura Ferguson believes attention to human rights can improve health outcomes — particularly in child health, sexual and reproductive health and the treatment and prevention of HIV. Ferguson, director of research at the USC Institute on Inequalities in Global Health, has worked at the intersection of global health and human rights for 20 years, first in the nonprofit sector and now in academia.

In honor of International Women’s Day, USC News caught up with Ferguson to talk about how her research helps countries around the world support women’s health and human rights. 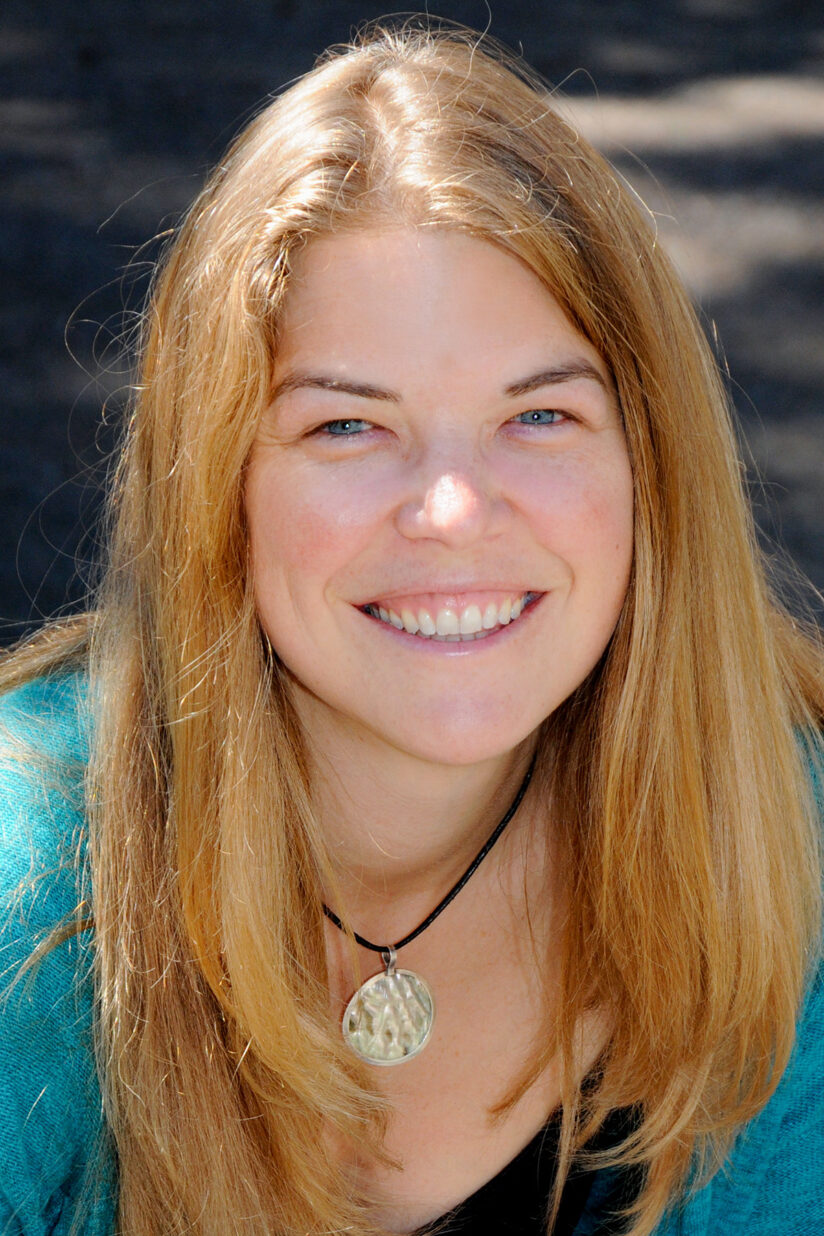 How does recognizing International Women’s Day support the struggle for equality around the world?

Women’s rights are under threat in all sorts of ways. From Russian President Vladimir Putin’s war in Ukraine to the Taliban’s rule in Afghanistan, women’s rights, including health-related rights, are being violated on a very large scale. Everywhere around the world, the COVID-19 pandemic has disproportionately affected women, whether it be through additional caregiving responsibilities, the disproportionate number of women who are frontline health workers or the massive increase that we’ve seen in intimate partner violence around the world.

Here in the U.S., another important example is that Roe v. Wade is under threat in the Supreme Court, and multiple states are enacting laws to restrict access to abortion, particularly for women who are poor or marginalized.

Amidst all of this, I think we need to celebrate the commitment and successes of female leaders around the world who’ve really been pushing women’s rights issues in hard situations. Many of these women are not famous. They’re working locally for their communities and defying gender and cultural norms to promote women’s health and rights. They’re all over the world: providing access to family planning for adolescents in The Gambia; advocating for abortion access in Poland; lobbying for access to health services for refugees in Venezuela.

These are the women who inspire me to do this type of work.

What are some examples of your work on this front?

A lot of our work is about generating evidence to support the implementation of laws and human rights to improve health. We have funding from the United Nations Population Fund to conduct research in several countries that say that they have good laws and legal frameworks for sexual and reproductive health. We looked at Colombia, Uruguay, Malawi and Zambia, where health outcomes vary widely. We saw a lot of room for improvement.

We examined the pathways between the law and actual outcomes in maternal care, family planning, sexuality education and HIV. We wanted to know: What does it take to translate a good law on paper into good health outcomes for women? For example, if there’s a law that guarantees access to contraception irrespective of marital status, how do we make sure that unmarried adolescent girls can access these services?

This requires, for example, training health workers so they know their legal obligations and ensuring that contraceptive supplies are available, but also challenging cultural beliefs that stigmatize pre-marital sex, and empowering girls to seek these services.

In each country, there are different challenges to all of these steps and different stakeholders best placed to help advance the work. We’re now at the stage of policy dialogues with those four countries about our findings, and how those findings will help them figure out how to make their laws actually work for the people.

This is particularly exciting in the context of the decision just weeks ago, when Colombia’s Constitutional Court decriminalized abortion. Our research could be used to help ensure that appropriate steps are taken to implement this decision and have a positive impact on Colombian women’s lives. 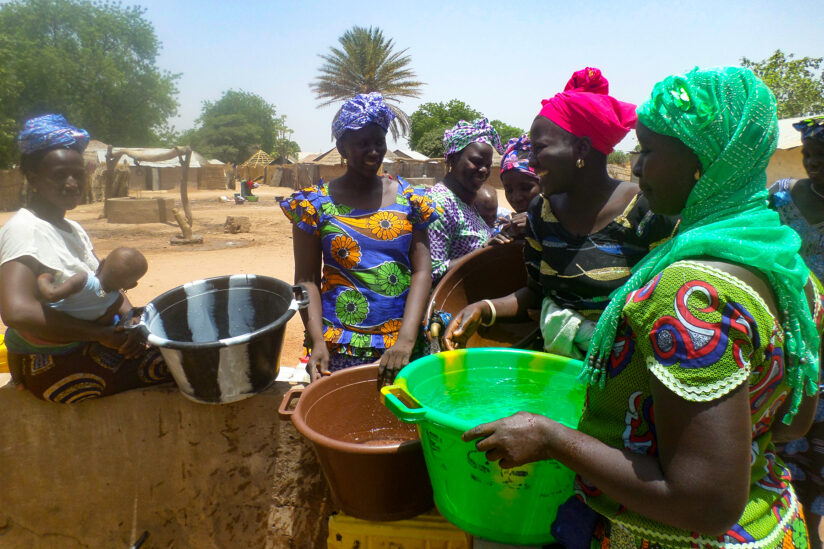 What are some common themes you’re finding in this research?

The results of our case studies ended up in one of two categories: one that includes organizational factors and what the government should be doing on the supply side to implement laws, and the other that includes sociocultural factors, which are, in my mind, more intractable, but need a lot of nuanced attention as they can impact women’s health outcomes.

The issues around cultural diversity are huge, particularly where there are many different indigenous groups all with different understandings of sexuality and maternity. The gender norms around what it means to be a woman, including cultural values placed on motherhood, are really loaded in all these places, and indeed, in most countries.

Religion is a big deal in all these countries, in different ways. For example, the court in Colombia is quite progressive so it’s been a great mechanism for progressive change, more so than the Congress where religious beliefs have impeded progress on this front.

There are specificities in each country that shape how laws can and should be implemented. For example, in Uruguay, they’re using unions or professional associations of health workers in amazing ways to help implement laws. None of the other three countries were doing that.

Are there lessons for other countries from these four case studies?

Absolutely. Although there’s a need to tailor any actions to the local context, we did uncover a generic pathway of actions that can help move laws from paper into practice. And that can be applied anywhere.

In addition, political will is such a key part of this. People’s willingness to implement a law that’s designed to reduce maternal mortality is generally much higher than one that’s going to promote sex education for adolescents. That’s shaped by politics as much as anything else. It’s a reason why voting is so important. Elections influence if and how laws will be implemented to support sexual and reproductive rights. 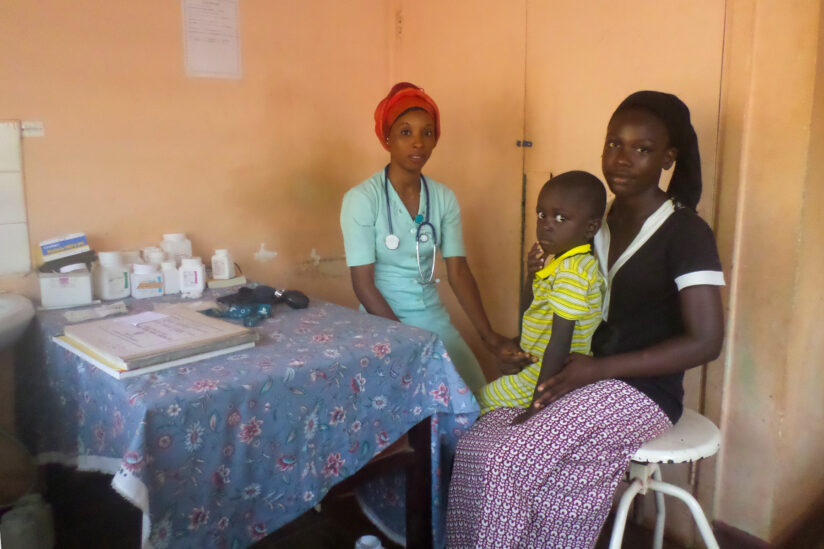 A health care worker attends to a Gambian woman and her daughter at a child health clinic. (Photo/Courtesy of Laura Ferguson)

This International Women’s Day, the United Nations is highlighting how women are more vulnerable to climate change impacts than men. Are you working on any projects that intersect with this theme?

We’re part of a new consortium that’s looking at zoonotic diseases — diseases that jump from animals to humans — in Uganda. The goal is to better understand these so-called spillover events by analyzing farming practices, land use, the interface of humans and animals in wildlife and forest environments, gender inequalities and other socioeconomic factors.

For our part, we’re taking the lead on investigating what is it about local gender norms that might make women and girls more at risk of these diseases. It may be because of what they’re expected to do in society, like fetch water or plow the fields. These expectations also have an impact on girls’ education because they may be pulled out of school to fulfill these responsibilities.

We have seen a surge of interest in and funding for these kinds of issues of human and wildlife interactions. Part of it is coming from questions around the origins of COVID-19 and part of it is the growing attention to climate change. Globally, these interactions between people and animals are increasing as climate change puts even more pressure on societies. It tends to be those people who are already marginalized and struggling to get by who are being pushed into previously undisturbed areas. They bear the brunt of the impacts of climate change.

We are trying to create models for doing this kind of work moving forward, to make sure that anybody who’s doing this is considering the intersection of gender and human rights.

What’s the role of the USC community in helping to promote women’s health and rights?

We have a critical role to play. As educators, we need to inspire new generations to care about these issues and to realize that they can make a difference. Health, and particularly women’s health, is politicized so voting is one of the most important actions we can all take. Advocating for what we believe in, creating solidarity across movements, raising awareness of what the issues are — these are all great ways of becoming involved. Political engagement is critical to improving health all around the world.

From a research perspective, we need to continue to document the negative impacts of human rights violations on women’s health and to show how realizing women’s rights can have positive impacts on their health. We need to strengthen this evidence base to help inform laws, policies and advocacy around these issues.

Do you have any final thoughts to share on this International Women’s Day?

International Women’s Day and gender equality in general is an issue for everyone. We need to understand how gender norms and dynamics shape the health of both women and men to promote a healthy society for everyone. In many cases, given our history of male-dominated societies, that means giving extra attention to women. But we must all be in this together — it’s the only way we’ll make it work.