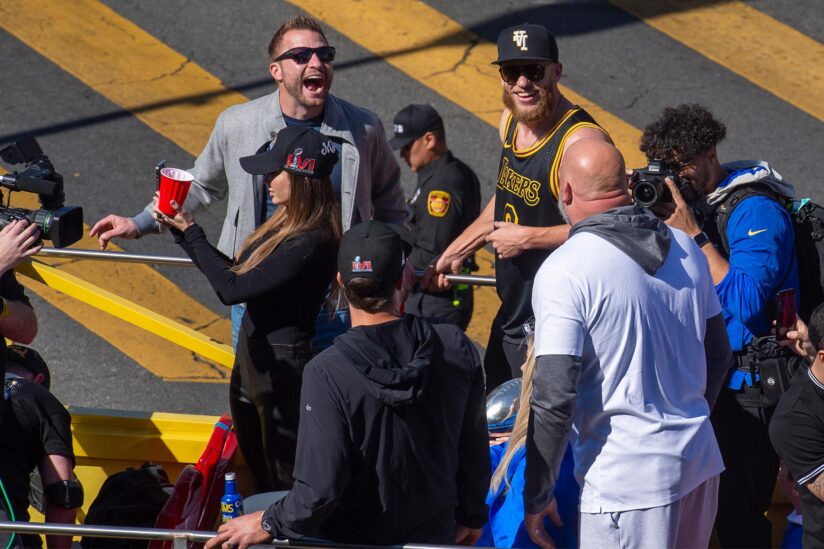 Fans of the world champion Los Angeles Rams turned out in University Park on Wednesday to celebrate with their Super Bowl-winning team.

Wednesday’s celebratory parade wound its way past the USC University Park Campus, from the Shrine Auditorium to Figueroa Street and on to Exposition Park, where a rally was held in front of the Los Angeles Memorial Coliseum.

It was a homecoming of sort for the Rams: USC’s storied stadium was home to the Rams from 1946 to 1979, and again from 2016-2019 while SoFi Stadium in Inglewood was under construction. The Coliseum itself holds a special place in Super Bowl history: It hosted the very first AFC-NFC championship game, now known as Super Bowl I.

And while it may have been disconcerting to see so much blue and gold in cardinal-and-gold territory, the neighborhood played a proud host. 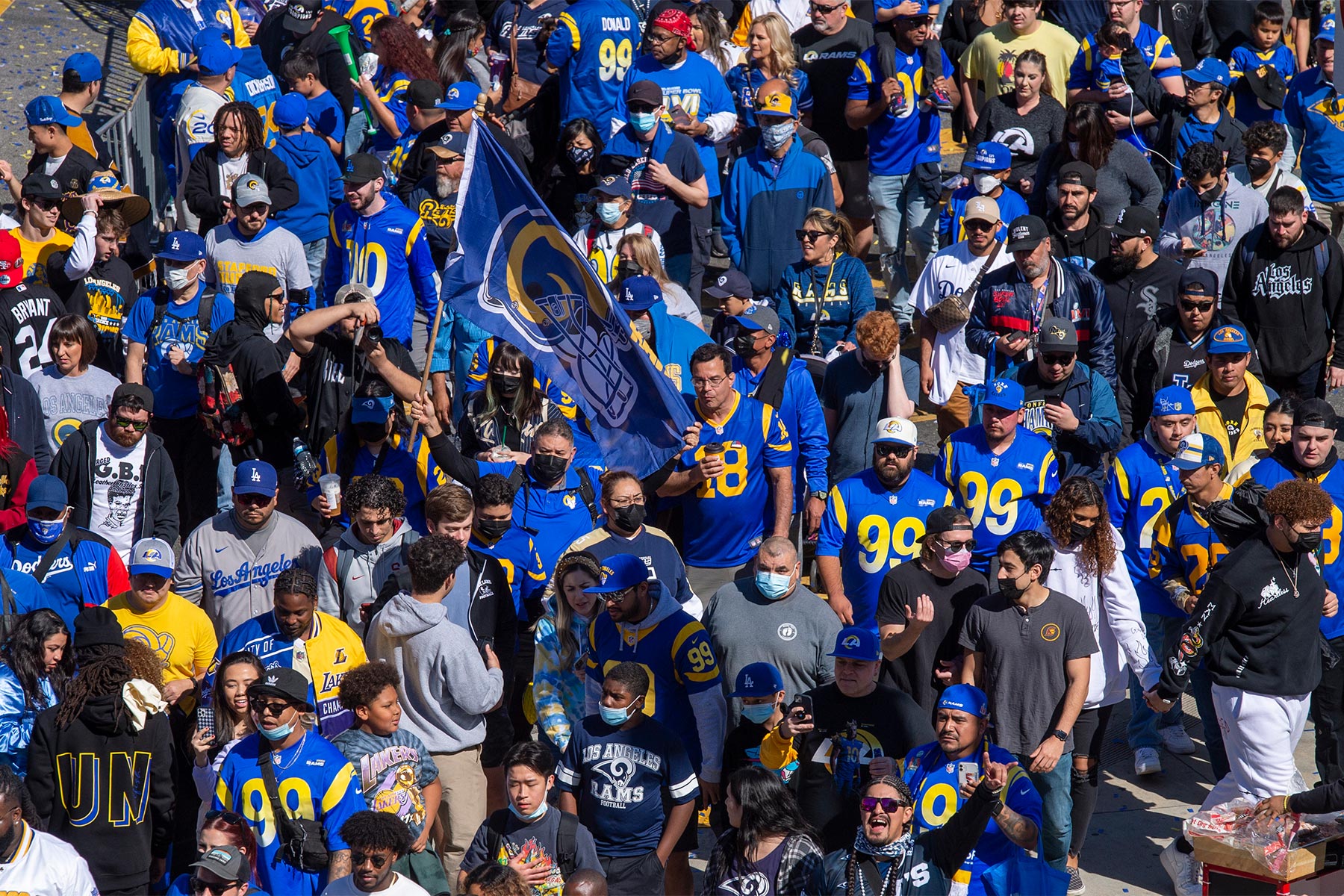 Unfamiliar colors are seen on the streets around the USC University Park Campus during the Rams parade. (USC Photo/Gus Ruelas)

When Super Bowl LVI kicks off Sunday, millions of Americans will be tuning in. But this is about more than just the Rams and Bengals. For marketers, it’s about potential sales.