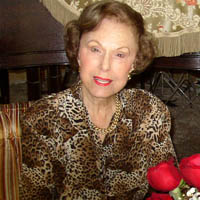 Schoenfeld had directed the International Gregor Piatigorsky Seminar for Cellists at USC since 1979.

Internationally renowned cellist and teacher Eleonore Schoenfeld, 81, died of a heart attack at her home on Jan. 1.

Schoenfeld had been on the faculty of the USC Thornton School of Music since 1959. At the time of her death, she was still actively teaching and serving as the chair of the school’s strings department and as the Gregor Piatigorsky Professor of Violoncello.

Born in Maribor, Slovenia, to a Russian mother and Polish father, Schoenfeld soon moved to Berlin, where at age 6 she began as a ballet dancer with the Berlin State Opera. She switched to cello at age 11 and earned her artist diploma at the famed Hochschule f�r Musik in Berlin, where she studied with Karl Niedermeyer and Adolph Steiner. The Schoenfelds immigrated to Los Angeles in 1952.

Schoenfeld performed in concerts on four continents as soloist with leading philharmonic and radio orchestras, in recitals and in a violin-cello duo known as the Schoenfeld Duo with her sister Alice.

She made more than 200 recordings of the solo and chamber music literature, including works especially written for the Schoenfeld Duo, for top television and radio stations in Europe and the United States. The recordings have all been recorded by the BBC in London.

In addition to her full-time teaching position at USC, Schoenfeld was a master teacher at the Colburn School of Performing Arts in Los Angeles, and she worked on the faculty of the Arts Academy in Idyllwild, Calif.

Since 1979, Schoenfeld had directed the International Gregor Piatigorsky Seminar for Cellists. The seminar is organized at USC every other year in memory of Piatigorsky, with whom Schoenfeld worked closely during his tenure at the university from 1962 until his death in 1976. Schoenfeld was the seminar’s artist-in-residence in 1980, 1989 and 2005.

Schoenfeld was the recipient of the prestigious Ramo Music Faculty Award from USC in 1990, the Eva Janzer Memorial Award Grande Dame du Violoncelle from the University of Indiana in 1993 and the National Distinguished Service Award from the American String Teachers’ Association in 1996.

In her role as teacher, she consistently attracted talented students from around the world, many of whom became top prizewinners in prestigious competitions in Switzerland, Hungary, Russia, Germany and the United States. Her students have performed as soloists with the New York Philharmonic, Los Angeles Philharmonic, Los Angeles Chamber Orchestra and Bamberg Symphony Orchestra in Germany with such eminent conductors as Zubin Mehta, Horst Stein, Esa-Pekka Salonen, Gerard Schwarz and Carl St.Clair.

During her international tours, Schoenfeld conducted master classes and seminars in the United States, the United Kingdom, Australia, New Zealand, China, Croatia, Korea and Germany, among other countries.

Throughout her career, Schoenfeld served as the chairperson or as a juror for national and international competitions. In addition, she was a regular guest artist at national and international festivals including the Centre d’Arts Orford in Canada, the Schleswig-Holstein Festival in Germany, the and the Summer Festival at Hvar in Croatia and the Music Academy of the West in the U.S.

Schoenfeld is survived by her sister Alice.

The USC Thornton School of Music will hold a special memorial event for Schoenfeld in the near future with details to be announced at a later date.

The committed educator and influential author passed away June 28.

The former director of USC Dornsife’s Joint Educational Project was a passionate supporter of partnerships between universities and their communities.