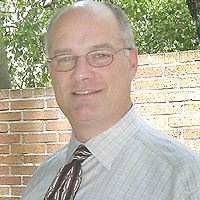 Duffy has returned to USC, where he previously worked for 13 years in the Marshall School.

Michael L. Duffy, who served as vice-dean for executive education and vice-dean for graduate programs in the USC Marshall School of Business for 13 years before taking a position at Duke University in 2001, returned to USC in early January.

Duffy will serve as associate senior vice president for university advancement and will work with principal donors, as did his predecessor, George Abdo, who left the university in May 2002.

“Mike comes to us with a solid background in business and management,” said Alan Kreditor, senior vice president for advancement. “He knows the territory, and after the closing of the campaign, he can come in fresh with the skills required to move advancement to the next step.”

As a member of the university’s advancement staff, Duffy also will be responsible for international fund raising, foundation relations and development communications.

At Duke, Duffy was director of client projects and a member of the executive team at Duke Corporate Education.

Duffy is a specialist in tax policies, financial reporting and shareholder value, as well as an award-winning teacher in accounting and finance.

He has taught at Temple University in Philadelphia and the Haas School of Business at the University of California at Berkeley.