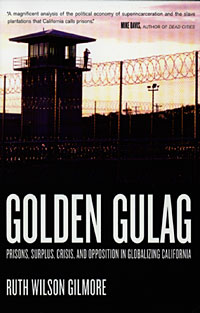 Despite falling crime rates, the U.S. prison population has increased nearly 500 percent since the 1980s, with California leading the way in numbers. Ruth Wilson Gilmore, associate professor of geography and American studies and ethnicity in USC College, examines the expansion of prisons, looking at the issue from a rural, urban and statewide perspective. She charts various political and economic forces at play, arguing that shifts in capital investment and the defeats of grassroots struggles against jails being used as a cure for social ills played key roles in the rising number of inmates.

Gov. Jerry Brown signed a bill co-sponsored by the Post-Conviction Justice Project at the USC Gould School of Law.