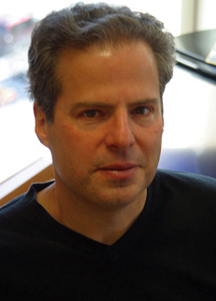 So it is fitting that the new professor of biochemistry and molecular biology at the Keck School of Medicine of USC also has a joint appointment as a new professor of molecular pharmacology and toxicology at the USC School of Pharmacy. He is also the first Provost’s Professor of Medicine and Pharmacy, a new designation designed to attract some of the best talent to USC by making joint appointments across different disciplines.

And he works out of both the Center for Stem Cell and Regenerative Medicine and the Broad Institute for Integrative Biology and Stem Cell Research on USC’s Health Sciences Campus.

Thankfully, the multidisciplinary designations give Kahn, who arrived at USC three months ago from the University of Washington, the perfect excuse for doing what he does best: science that combines chemistry, biology, genomics, stem cell research and medical therapeutics.

So Kahn looked for a way he could, as a chemist, get involved in biology—a way to blur the lines, so to speak.

He started slowly, because “I hadn’t taken a biology class since my sophomore year in college.” Eventually he found his answer—and his calling—with chemical genomics, the study of small organic molecules that can be used as chemical probes to study cellular pathways in greater depth. These small molecule compounds offer great potential as research tools, medical therapies or even as the key to the cellular differentiation needed to make stem cells form a particular tissue.

Kahn and his colleagues have been working on the development of new types of chemical compounds based on biological structures, i.e. biologic mimics, for the past 20 years, most recently at the nonprofit Institute for Chemical Genomics in Seattle.

“Basically, nature has this very simple, elegant way of defining how one molecule recognizes another—with three basic building blocks or templates that are the major architectural features for 95 percent of protein structure,” he explained. “It ‘decorates’ them with the different side chains from the amino acids. That’s enough to define all the molecular interactions that are the result of protein interactions that occur in cells, including cell replication, DNA replication, all key events that are of enormous interest.”

Kahn and his colleagues decided that, rather than trying to invent new ways of making these events happen, they would instead copy nature. “So we set out to make small molecules that mimic these templates and then decorate them also.”

One result, after years of research, was the chemical ICG-001, a novel, well-defined small molecule that is different from the other 500,000 or so compounds used in major pharmaceuticals because it looks—and acts—more like a part of the protein than a conventional drug.

ICG-001, it turns out, has a significant effect on the Wnt pathway—a critical series of signals in cell to cell communication during physiologic periods of cell growth, such as pathophysiological tissue growth in cancer. “This pathway is very important in early development of virtually all organ systems,” he notes.

It is particularly important in cancers, which is where Kahn started. “The cells we used had a gene mutation that is present in about 85 percent of colorectal cancers. When you have this mutation, then the protein beta-catenin is no longer degraded, which should occur in a differentiated healthy cell. If the mutation is present, beta-catenin builds up and translocates to the nucleus. When it does, it acts as a transcription factor and drives the expression of genes that are involved in cancer.”

ICG-001 blocks signaling on one of two coactivators in the Wnt pathway, called CBP.

“It blocks two huge molecules from interacting with each other. It’s like a pea binding to a basketball,” he said. “That’s enough because this beta catenin/CBP process is important to maintain a non-differentiated status. So that it keeps the cells alive, and allows them to make more copies of themselves like in stem cells or cancer stem cells. However, ICG-001 forces the cells to differentiate.”

Initial studies with ICG-001 have shown dramatic reversals of diseased cell growth in colon cancer and even in fibrosis. “It has essentially no effect on normal cells from healthy patients. We have some ideas why that is, and we’re studying that,” he said.

Kahn is also collaborating with USC colleagues who work with liver fibrosis and lung fibrosis. The hope is to develop ICG-001 analogs that can be used in human clinical trials.

Driving proliferation without differentitation is also important, Kahn explains, because “if you take stem cells ex vivo and you want to expand the population without them differentiating in the flask, you need to block the other interaction between p300 and beta-catenin.”

Another small molecule, IQ-1 appears to stop cells from differentiating and allows for the expansion of ES cells under defined conditions.

“The choice to remain undifferentiated or to differentiate is about as fundamental an event that can happen in a cell. It says, ‘Do I want to make an exact duplicate of myself, or do I want to keep myself as myself and then my duplicate I’m actually going to send down a pathway to become a brain cell, a blood cell, whatever.”

With further research, Kahn hopes to understand how the coactivators are controlled in the natural environment. And he is pursuing the holy grail of stem cell differentiation.

“ICG 001 will initiate the differentiation process,” he said. “So if we take a muscle precursor cell and try to differentiate it with ICG-001, it starts to take on the form of striated muscles, and some of the molecular markers of muscles cells are there. But some of them are not. So it initiates the process but doesn’t complete it. We’ll probably need to add other things to get specific lineages. We’re just getting started on this.”