As USC Shoah Foundation — The Institute for Visual History and Education approaches the close of its third decade, it also nears a bittersweet transition: Executive Director Stephen D. Smith will step down at the end of 2021. USC Shoah Foundation’s mission is to give survivors of and witnesses to genocide an opportunity to tell their own stories and preserve their testimonies in perpetuity for the betterment of humankind.

Smith, holder of the Andrew J. and Erna Finci Viterbi Executive Director Chair, will depart for a position in the private sector but continue to serve USC Shoah Foundation as executive director emeritus. He will pursue research and publish within Holocaust and genocide studies at USC as a visiting professor of religion.

The work of USC Shoah Foundation flourished and gained international prominence under Smith’s 12 years at the helm. He fostered an invaluable commitment to Holocaust memory and genocide education by creating unique educational and outreach programs. Smith laid the groundwork for the next generation at USC Shoah Foundation to carry out its critical mission and expand its reach across all schools at USC and across the globe.

As the institute mounts a global search for a new leader, Kori Street will serve as Andrew J. and Erna Finci Viterbi Interim Executive Director Chair. Street, an international scholar of the Holocaust and genocide studies and the institute’s Senior Director of Programs and Operations, has spent a decade leading its academic, education and administration initiatives, which reach scholars, educators and students in 80 countries.

“We all share a sense of profound gratitude to Stephen for his inspirational, brilliant and deeply human leadership over the past 12 years,” said Lee Liberman, chair of USC Shoah Foundation’s Board of Councilors. “Stephen Smith has honored the survivors of the Shoah in his caretaking, with utmost respect for their suffering as well as their courage, and by the innovative and educational use of their testimonies.”

Smith led the effort to bring 10 different genocide experiences into the Visual History Archive, Liberman noted, creating a permanent spotlight on these stories and restoring dignity to these communities. He also built global partnerships reaching over 90 countries in 16 languages.

The Visual History Archive, the world’s largest collection of testimonies from the Holocaust, is the most expansive educational and research tool of its kind, she added. “I am confident in the lasting structures and staff culture Stephen developed, and in Kori Street’s ongoing leadership as a custodian of the testimonies.”

USC Shoah Foundation founder Steven Spielberg commented: “For more than a decade, Stephen Smith has lived and breathed the vital mission of this institute, and his efforts have deeply impacted the lives of countless, survivors, families, educators, students and all of us who share in the commitment to eradicate hate and to honor and preserve the stories of the Shoah. I am eternally grateful for the imprint Stephen has left on USC Shoah Foundation and wish him the best in the future. As we look ahead, my gratitude extends also to Lee, our entire Board of Councilors, President Folt, all of our USC Shoah Foundation employees and the USC family at large. We still have so much to accomplish, and I look forward to the many years of work and partnership that lie ahead.”

USC President Carol L. Folt commended the institute for its determination to record the voices of genocide survivors and its commitment to human dignity, along with recognizing Smith’s contributions. “By preserving the stories of those who have survived unimaginable atrocities, USC Shoah Foundation ensures that they will never be forgotten and their words will continue the institute’s mission of combating hatred through education,” Folt said.

She also praised the survivors and witnesses who have courageously shared and entrusted their testimonies to the institute. “It is a sacred responsibility, and we are indebted to the staff, faculty, donors, volunteers and students who work every day to carry their voices and their stories into the future. I am grateful for Stephen Smith’s leadership, which helped elevate USC Shoah Foundation as a global institute with extraordinary significance to humanity.” 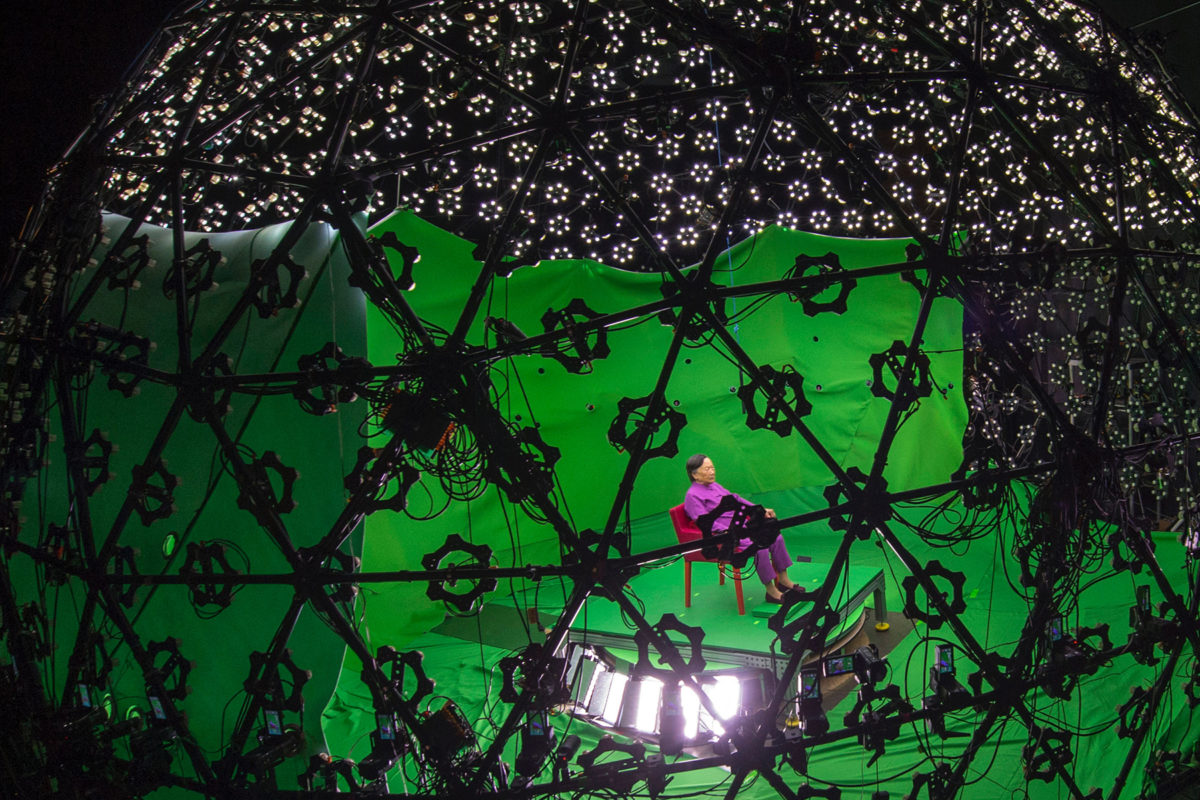 Today, the institute digitally preserves and shares 55,000 audio-visual testimonies — 115,000 hours of material recorded in 65 countries and in 43 languages.

“The voices of the survivors are the voice of conscience for our world,” Smith said. “To have been custodian of this painful and beautiful archive of humanity has been the honor of my life. I promised them that their testimonies will be protected for future generations.

“I can confirm to the families that look to us that USC continues to provide the perfect home to protect their legacy and amplify their urgent warning to the world.”

The institute moved to USC in 2006. Within the last 15 years, USC Shoah Foundation introduced new ways of engaging with and preserving testimony. Dimensions in Testimony interactive biographies, for example, enable people to ask genocide survivors questions and get real-time responses through recorded interviews and advanced natural language processing technology. IWitness, the institute’s no-cost educational website and online multimedia resource for schoolteachers, brings survivors’ stories to life for students. The institute has contributed so many technological advances to recording, archiving and historic preservation that it has earned 11 patents on its work.

Beginning in 2013, the institute began to expand its collection to shed light on other atrocities worldwide. Its recordings now include testimonies from Armenian and Cambodian genocides, as well as those in Rwanda, Guatemala, Myanmar and Nanjing, China, among others.

The institute also works to counter antisemitism and other forms of hatred and intolerance on a broader level. After a deadly 2017 white nationalist rally in Charlottesville, Virginia, USC Shoah Foundation launched the Stronger Than Hate initiative. This effort empowers teens and young adults to recognize and counter hate in their own communities. The initiative expanded on USC’s campus with the rise of anti-Asian acts in the wake of the COVID-19 pandemic and the killing of George Floyd.

Stronger Than Hate has partners at schools across the country. It continues to inspire students to educate themselves, create a culture of tolerance and combat prejudice on school campuses and beyond.

Today, USC Shoah Foundation reaches millions of people on six continents from its home at USC.

A joint resolution from both houses of the California State Legislature honored USC Shoah Foundation for a quarter-century of Holocaust education and remembrance.