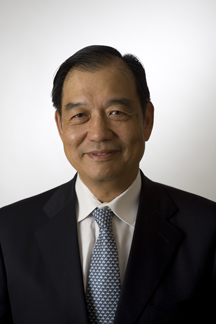 David L. Lee, a co-founder and managing general partner of Clarity Partners, a private equity firm that invests exclusively in communications, media and related technology companies, has been elected to the USC Board of Trustees.

A founding member of the Board of Overseers of the Keck School of Medicine, Lee succeeded Virginia and Simon Ramo as chair of the group in 2001. In his capacity as chair, Lee helped craft a business plan that has become a vehicle for implementing as well as monitoring progress of the school’s 10-year strategic plan.

“I am delighted to welcome David Lee as a member of the USC Board of Trustees,” said USC President Steven B. Sample. “Throughout his service on the Board of Overseers of the Keck School of Medicine, he has demonstrated exemplary leadership and dedication to the university. His entrepreneurial spirit and keen business acumen have made him a pacesetter in the professional realm as well. We are fortunate that David has agreed to lend his expertise, vision, and energy to the university’s central governing body over the next five years.”

Lee started his professional career with Arthur Andersen & Co. in Los Angeles in 1975. In 1981, he joined a company that was acquired by the satellite communications firm Comsat, where he held a variety of executive positions before joining TRW Information Systems Group in 1986. As group vice president of finance and acquisitions at TRW, Lee was instrumental in expanding the information systems business from two to nine divisions over a period of four years through acquisitions and internal growth.

Pursuing his growing interest in private equity investments, Lee left TRW in late 1989 to join Pacific Capital Group, where he helped facilitate the firm’s expansion into the telecommunications industry.

He co-founded the transcontinental telecommunications firm Global Crossing in 1997 and served as its president and chief operating officer until early 2000, when he left to launch Clarity Partners with Barry Porter, Steve Rader and R. Rudolph Reinfrank.

Lee is a graduate of McGill University and holds a doctorate in physics with a minor in economics from the California Institute of Technology. He is also a certified public accountant.

In addition to chairing the Board of Overseers of the Keck School, Lee is co-chair of the Board of Directors of Opnext, Inc., and serves on the boards of Impremedia, Naylor LLC and Liberation Entertainment. He is a trustee of the California Institute of Technology and a director of Trust Company of the West as well.

Lee’s philanthropic activities also extend to support of higher education through the Lee Family Foundation, which has provided grants to establish centers for advanced networking at the California Institute of Technology as well as at the National Chiao Tung University in Taiwan.

David Lee named to USC Board of Trustees