The University Park Campus isn’t what it was just a few years ago. Recent changes to create a sustainable campus — some of which were carried out during the pandemic, when students were Zooming with professors instead of zooming on skateboards to class — often weren’t seen or heard.

In locked basements, thick pipes are hugged by ultrasonic water meters that measure every gallon of water drawn into classrooms and residential colleges. Invisible from the sidewalk, 1,500 solar panels soak up the sun on top of the Galen Center. Far below, a pony chiller cools the arena during quiet times with about a third of the electricity needed by its predecessors. Landscapers go to work before dawn with clean, quiet rechargeable mowers and blowers that helped the campus earn green zone certification earlier this year. 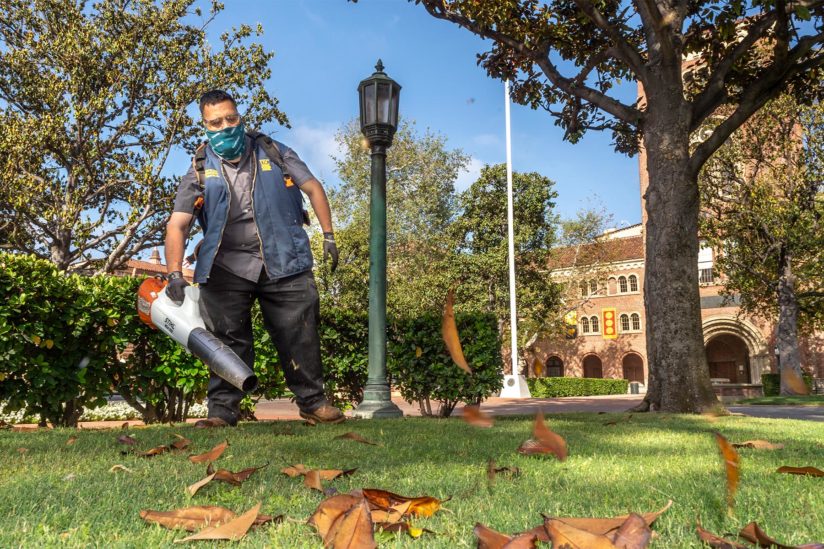 These are the changes that, step by step, are pulling the university closer to a sustainable future. A report on USC’s first measurable sustainability goals, released in August, gives a snapshot of progress between 2015 and 2020 when it comes to campus operations. The report, which was held up by the pandemic, showed big cuts in greenhouse gases along with gains in sustainably sourced food and purchasing practices. It also showed improvements in water conservation and waste diversion, though ambitious goals set in 2015 were missed.

“USC was virtually at ground zero in 2014,” said Dan Mazmanian, chair of the Presidential Working Group on Sustainable Education, Research and Operations. “We didn’t have a chief sustainability officer. We didn’t have the kind of leadership that President [Carol L.] Folt is showing in this area. The plan was a first step for USC into an important world but without the kind of capacity you’d find at other leading universities. Now, we’re rapidly catching up.”

USC began to look at sustainability in 2008, when senior administrators, students, staff and faculty representatives formed the USC Sustainability Steering Committee. Five years later, data was collected to form the basis of an inaugural sustainability plan that covered the period from 2015 to 2020.

The 2020 report shows progress and shortfalls. Both are equally important to Ellen Dux, program manager in the USC Office of Sustainability.

“One of the things the office is really committed to his full transparency with no greenwashing,” Dux said. “We don’t always have great news to share with everybody, but we’re going to share it so nobody’s in the dark.”

Cutting emissions with tech and sunshine

Since 2014, the university cut greenhouse gas emissions 35% — nearly doubling its goal. LED lighting also contributed mightily to energy savings and has proliferated at the University Park Campus, with 40% of USC Housing’s buildings and all parking structures upgraded. 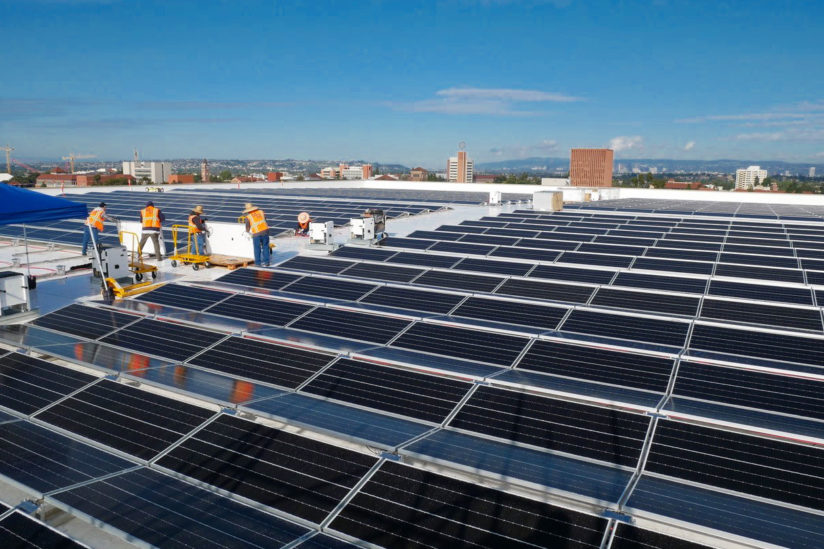 Automatic HVAC systems now integrate course schedules for 237 classrooms, cutting energy use when those spaces are empty, and a solar panel installation and energy retrofit at the Galen Center will save $10 million over the next 25 years.

Buying mindfully and getting there green

Thanks to a shift in the way purchasing decisions are made, over 41% of food purchases for USC Hospitality are now made from sustainable sources — more than doubling the goal set in 2015. Responsible purchasing practices have extended to 75% of USC departments.

Those practices, like all sustainability steps, can be small. They include the use of reusable totes and recycled paper bags and packing materials.

Waste diversion is key to any sustainability effort, as materials kept out of landfills are likely to be reused or repurposed. While the university set a 75% waste diversion rate goal, it attained a rate of 33%. That calculation was complicated by changes made in a waste agreement with the city of Los Angeles in 2018.

Since then, the university has expanded diversion and recycling programs. Hundreds of multiport, clean-stream recycling stations with compost bins have been deployed across campus. They allow for easy presorting of trash, recycling and compost materials.

USC sustainability report reveals a pressing need to save water

USC is working to cut water use in the face of a seemingly endless drought. USC reduced its potable water use 10% between 2015 and 2020, falling short of the 25% goal that had been set.

Drought tolerant landscaping, low-flow plumbing fixtures and smart irrigation systems are in place to accelerate water savings. Stormwater collection systems like the one at USC Village capture and clean storm runoff before it filters into the aquifer.

Education and awareness were identified as key components of success in the university’s sustainability efforts. The sustainability report showed evidence of considerable progress in those areas at USC.

A survey used to develop the 2028 plan received input from a thousand students, staff and faculty. Student-driven projects supporting sustainability are proliferating under the USC Green Engagement fund, and the Office of Sustainability will soon announce its first Sustainability Tracking, Assessment and Rating System, or STARS, rating.

Lessons from the 2020 report will help inform USC’s 2028 sustainability master plan, which is nearly finalized. President Folt has outlined ambitious plans for the university’s sustainable future that include a zero waste campus, carbon neutrality, additional solar panels and the elimination of single-use, nonessential plastics. 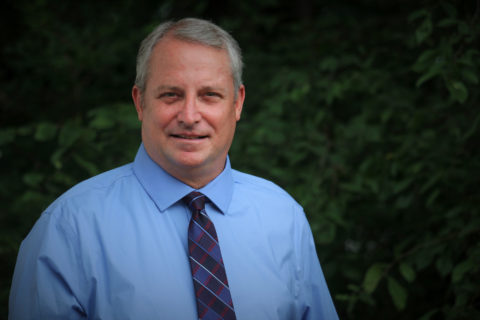 Mick Dalrymple, USC’s first chief sustainability officer, joined the university this summer and will oversee the implementation of the 2028 plan.

The university is embracing sustainability as a key component of the curriculum as well. The Sustainability Across the Curriculum program is being built to teach undergraduates about the connections between their major fields of study and sustainability. The move is aligned with a 2020 survey that showed most students wanting USC to take the lead in clean energy and recycling.

The survey was taken as Tianna Shaw-Wakeman was wrapping up her undergraduate career. In her time at USC, she supported a drive for native plant species on campus and co-founded a student-led organization that urged university leadership to divest university endowment assets from fossil fuels.

When she looks at the 2020 sustainability report, Shaw-Wakeman — who graduated as USC’s valedictorian in May 2021 — sees positive potential outcomes that can’t be measured.

Has the foundation been laid for us to do even more? I’d say the answer to that is yes.

“Sometimes metrics like this can leave out amazing things,” Shaw-Wakeman said. “More sustainable food also means students are healthier. With more engagement about sustainability, those are practices students hopefully will continue in their lives in the future. Native and drought-tolerant landscaping saves water, but it also represents the landscape of the place we’re in and people can come onto campus and see that.”

Shaw-Wakeman left a campus that, from a sustainability standpoint, was considerably different from the one she first walked onto in the fall of 2016. It’s a change she’s mindful of as she assesses sustainability progress at USC.

“It’s pretty incredible that USC was able to pull together any amount of sustainable advocacy and policy given that the sustainability infrastructure fundamentally didn’t exist in 2015 and didn’t even begin to exist until nearly the end of the plan,” she said. “Given the urgency of climate change, it’s not good enough. Even if every goal [in the 2015-2020 plan] had been met, it wouldn’t have been good enough. But now, has the foundation been laid for us to do even more? I’d say the answer to that is yes.”

🎧 Predicting the future of sustainability at USC

To commemorate Earth Day 2021, Ellen Dux of the USC Office of Sustainability envisions the next 10 years of green upgrades, including the ones Trojans want to see most.

The Sustainability Across the Curriculum program aims to educate the university’s 20,000 undergraduate students in how sustainability intersects with their major field of study.