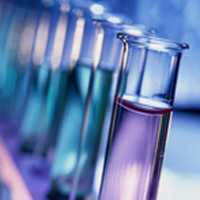 The discovery puts scientists a step closer to growing embryonic stem cells without the “feeder layer” of mouse fibroblast cells.

A newly discovered small molecule called IQ-1 plays a key role in preventing embryonic stem cells from differentiating into one or more specific cell types, allowing them to instead continue growing and dividing indefinitely, according to research performed by a team of scientists who recently have joined the stem cell research efforts at the Keck School of Medicine of USC.

Their findings are published today in an early online edition of the Proceedings of the National Academy of Sciences.

This discovery takes scientists another step closer to being able to grow embryonic stem cells without the “feeder layer” of mouse fibroblast cells that is essential for maintaining the potency of embryonic stem cells, said Michael Kahn, the study’s primary investigator who recently was named the first Provost’s Professor of Medicine and Pharmacy at USC.

Such a layer is needed because it is currently the only proven method to provide the stem cells with the necessary chemical signals that prompt them to stay undifferentiated and to continue dividing over and over.

Still, growing human embryonic stem cells on a layer of mouse fibroblasts has never made much sense to the scientists forced to do just that.

“Stem cells that grow on feeders are contaminated with mouse glycoproteins markers,” Kahn said. “If you use them in humans, you’d potentially have a horrible immune response.”

And so, in order to take any eventual stem cell-based treatments from the laboratory to the clinic, there needs to be a way to keep the cells growing and dividing without the use of mouse fibroblasts. The discovery of IQ-1, Kahn said, is a significant step in that direction.

What IQ-1 does, he explained, is to block one arm of a cell-signaling pathway called the Wnt pathway, while enhancing the signal coming from the other arm of the Wnt pathway. The Wnt pathway is known to have dichotomous effects on stem cells, both proliferative and differentiative.

More specifically, IQ-1 blocks the coactivator p300 from interacting with the protein ß-catenin; this prevents the stem cells from being “told” to differentiate into a more specific cell type. At the same time, IQ-1 enhances the interaction between the coactivator CBP and ß-catenin, which signals the cells to keep dividing and to remain as fully potent stem cells.

“This way, you can essentially maintain the stem cell’s growth and potency for as long as you want,” Kahn said.

The studies of IQ-1 and its effects reported in the newly published PNAS paper were performed at the University of Washington by Kahn and his colleagues (along with collaborators from the Asahi Kasei Corp. in Shizuoka, Japan) using mouse embryonic stem cells. But Kahn noted that subsequent pilot studies using human embryonic stem cells, in collaboration with Qilong Ying at the Center for Stem Cell and Regenerative Medicine at the Keck School of Medicine, have confirmed that IQ-1 plays a similar role in that system as well.

“If we can create a totally chemically defined system for growing human embryonic stem cells without any risk of contamination, it would make life much easier for scientists than it is at the moment,” Kahn said. “And that’s our goal.”

Martin Pera, director of the Center for Stem Cell and Regenerative Medicine at the Keck School of Medicine, said, “Kahn’s study provides us with striking new insights into the molecular regulatory machinery inside embryonic stem cells. His team has identified a chemical that controls a critical switch that enables stem cells to multiply indefinitely in the laboratory. These findings will help lead to the development of new techniques to propagate pure populations of embryonic stem cells on a large scale, an essential prerequisite to the successful development of stem cell-based therapies.”