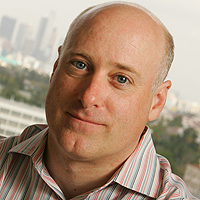 It’s a metaphor with power even as repetition has rendered it clich�: America is the world’s melting pot.

A nation where virtually all trace their lineage to immigrants, the United States indeed plays host to intermingling peoples and cultures. But the mixture doesn’t always come together easily, and the melting pot has boiled over throughout our history.

Regardless, thanks to factors such as the ever-increasing speed of travel and communication, diversity is increasing. Nowhere is this more apparent than in a multiethnic metropolis such as Los Angeles. As people of different races and cultures interact, there are many opportunities to cooperate and learn from one another, but just as many for tension or strife.

Of course, discord could be traced to the leftovers of a less enlightened time � learned attitudes of racism or bias. But there’s a more complicated view. Some of USC College’s scientists are zeroing in on the inner workings of emotion in the brain.

In distrust, they see the vestiges of human instincts older than civilization. They also see hope to overcome the negative impact of these instincts.

“It is obvious that we are living in a very diverse world, and we are constantly being confronted by differences among people,” said Antonio Damasio, holder of the College’s David Dornsife Chair in Neuroscience and professor of psychology. “What we have to do as scientists, and as human beings, is try to understand the roots of our emotional responses to these differences and use that knowledge to reduce the damage that can come from such reactions.”

Some psychologists have investigated the empirical signs of emotional response and race relations. The results are troubling but, science tells us, they represent the current state of mind.

According to a number of studies, whites display an increase in blood pressure and sweating � signs of autonomic arousal that indicate fear or the detection of a threat � when interacting with, or viewing faces of, African-Americans. (There’s not yet a significant enough body of work on other combinations, such as African-Americans viewing Caucasian faces, to draw further conclusions.)

USC College social psychologist Brian Lickel has collaborated with researchers at USC, Harvard, UC Santa Barbara and Tufts University in a detailed look at social interaction among races and internal levels of stress.

A 2007 study by psychology graduate student Jaclyn Ronquillo, co-authored by Lickel, used neuroimaging to look at brain activity in whites viewing photos of African-Americans. They noted activity in the amygdala, a structure strongly involved with emotion and the fight-or-flight response � which activates in response to a perceived threat.

“One possibility is that people don’t like each other,” Lickel said. “But our evidence really is more consistent with the idea that part of it may be unfamiliarity.”

To support that conclusion, Lickel pointed to a recent study that he worked on by Wendy Berry Mendes of Harvard. Undergraduate participants were asked to interact with an Asian-American female, but in one part of the experiment, an unexpected element was thrown in. The young woman, who was working for the experimenters, spoke with a Southern accent.

Lickel and his colleagues found that in response to the surprise and cognitive dissonance of speaking with an Asian-American woman with a Southern accent, their participants showed an increase in blood pressure.

“This element of the unexpected increases the demands of that social situation,” Lickel explained. “It is harder to navigate, which makes it more threatening.”

But psychologists also noted it is likely that the same psychophysiological mechanisms that produce distrust in the face of social unfamiliarity were once upon a time very helpful.

Damasio, director of the Brain and Creativity Institute, pointed out the former usefulness of associating difference with threat.

“Probably, the detection of differences is something that has an old biological history,” he said. “There possibly was a time when it was advantageous to recognize difference very rapidly, because difference might indicate a possibly unfriendly group. These reactions are not created just because people are evil to begin with.”

Irving Biederman, holder of the Harold Dornsife Chair in Neurosciences and professor of psychology and computer science, also related these dynamics to the more primitive side of human nature. Some might call it the caveman syndrome.

“There’s this tendency to have a preference for your group over the others, and the other group is doing the same,” Biederman said. “It’s your cave against the other cave. I think of us as not being very far removed from that time, that our social behaviors can usually be understood in terms of our evolutionary history.”

What exactly happens physically when humans experience a real or imagined threat? Research is still under way to delve more deeply into the structure and function of the brain, but neuroscientists believe they have developed a relatively consistent understanding of the biological basis of the caveman’s response � difference perceived as a threat. The current model describes a complicated interplay between the brain and the body.

When faced with a fear-inducing stimulus, areas deep within the brain activate. These structures are less related to conscious awareness and could somewhat clumsily be described as more “primitive.” The almond-shaped amygdala seems to play a particularly prominent role in the fear response.

The feeling, thought and action associated with “unease” is created by interplay between the amygdala and other parts of the nervous system.

When the amygdala is activated, it signals the body’s peripheral nervous system, resulting in some of the typical physical signs of peril: sweating as well as rising blood pressure and heart rate.

Simultaneously, the amygdala also signals areas of the prefrontal cortex, an area on the surface of the brain long understood to be the home of conscious planning and other higher-order functions. The cortex then works to analyze, and mediate, the emotional and physical responses. In effect, one “notices” that one’s getting riled up.

“You might be consciously aware of your emotion � ‘I’m feeling afraid’ � or you might not be,” said Mary Helen Immordino-Yang, who holds a postdoctoral appointment at the USC Brain and Creativity Institute and the USC Rossier School of Education. “But even if you’re not really aware that you’re uncomfortable around a particular person, it’s still guiding your behavior.”

Immordino-Yang is among the scientists at the institute attempting to map “social emotions” on the brain using the advanced brain imaging technology available at the Dornsife Imaging Center. She noted that humans are also wired for empathy � in a rather literal way.

“When people feel pain themselves, and when they see someone else in pain, some of the same aspects of the brain’s pain network are active,” she said. “So when you see someone hurt and say, ‘I feel your pain,’ that analogy isn’t too far off.”

Her research is attempting to uncover the biological basis for higher-level emotions, specifically admiration, testing the hypothesis that complicated social emotions are built on the same processes that support simple sensory input about pleasure and pain.

“We’re finding some very interesting confirmations of our theory and some surprises which we don’t quite know how to interpret yet,” Immordino-Yang said, “but we only have very preliminary results right now.”

Of course, traits that are key to survival under one set of circumstances can outgrow their usefulness when things change. In modern society, cooperation between groups reaps more rewards than unmotivated competition. Scientists believe that the legacy of the caveman is something we can make a conscious effort to leave behind.

“It is time to diffuse the reactions that could be caused by this sort of ‘natural’ biological reaction and try to modify them and adapt them to current times,” Damasio said. “The same way we learn to control fear and understand when fear is appropriate and when it isn’t, we have to learn to control reactions that lead to rejection or aggression. We can choose instead to engage other, extremely positive emotions such as compassion.”

Lickel noted that the difference may be as simple as making friends with people who are different from you, making the unfamiliar familiar.

“One finding that’s becoming clear is that friendships are absolutely key,” Lickel said. “When you form friendships with people of different ethnic backgrounds � that appears to have a big effect on your general attitude about people belonging to that group.”

From the caveman to the 21st century, changes in the human condition have outpaced the evolution of human nature. An emerging body of neuroscience and psychology seems to offer an intuitive, encouraging message for America’s multiethnic cauldron: We can be friends, but we have to try.

When Differences Lead to Distrust