Though the theme of the night was a galaxy far, far away, the impact could be felt at home in the Los Angeles Memorial Coliseum. More than $1 million was raised for the USC Leslie and William McMorrow Neighborhood Academic Initiative from Tuesday night’s star-studded “May the 4th Be With You” event, which celebrated the unofficial Star Wars-themed holiday.

The Neighborhood Academic Initiative initiative is the university’s signature college prep program and supports more than 1,000 students annually. Started in 1997, the program was designed to prepare students from South and East Los Angeles for admission to a college or university by committing them to a seven-year plan of attending Saturday academy classes along with weekday morning classes at USC, after-school tutoring and parent workshops. 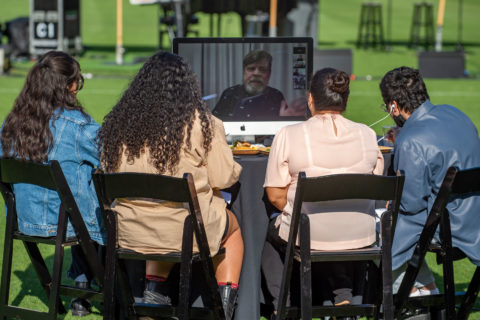 Kimberly Salguero graduated from NAI in 2016 and will graduate from USC next week as part of the Class of 2021. She was at the Coliseum on Tuesday night and said the program helps in so many ways, even outside of academics.

“The program was able to help families that unfortunately lost a family member to the pandemic,” she said. “They were able to help with groceries by providing gift cards to families in need.”

Her mother, Alma Caceres, has four children that have graduated from NAI and said events like these are what help keep the dream alive for many students.

“This event touches my heart,” Caceres said. “These are funds needed for the kids to get tutoring and the resources they need to succeed.”

The event was the most recent in the “Quarantunes” series, an online fundraiser started by WME agent Richard Weitz — whose son Aidan is a current USC student — and his daughter Demi.

Tuesday’s event was a mix of in-person and virtual, with live musical performances, original videos and celebrity cameos from those within and outside the Star Wars universe. Some cameos of note included Billy Dee Williams, Frank Oz, John Williams, Kelly Marie Tran, Alden Ehrenreich, Lawrence Kasdan, Pedro Pascal and USC alumnus Ludwig Göransson, who composed The Mandalorian and performed some of the original music live.

But for many Star Wars fans, the highlight was Luke Skywalker himself, Mark Hamill, whose wife, Marilou, sits on the NAI Board of Councilors.

“To have an event like this on May the 4th is so meaningful because it was really my wife, Marilou, that brought me into the Neighborhood Academic Initiative,” Hamill said. “These kids aren’t just handed anything. They’ve got to be accepted and prove themselves … and the success rate is astonishing.

“What greater gift than an education? Because that secures their future.”

Shandela Contreras, a 2021 NAI graduate who will be attending USC in the fall, said the entire night made her emotional but seeing the event surpass $1 million really showed how much people care about the cause.

“They care about the work that we are doing, and it makes us feel special that we have people that are seeing our growth and seeing our strength,” she said. “They really believe in us and believe that we will make it far.” 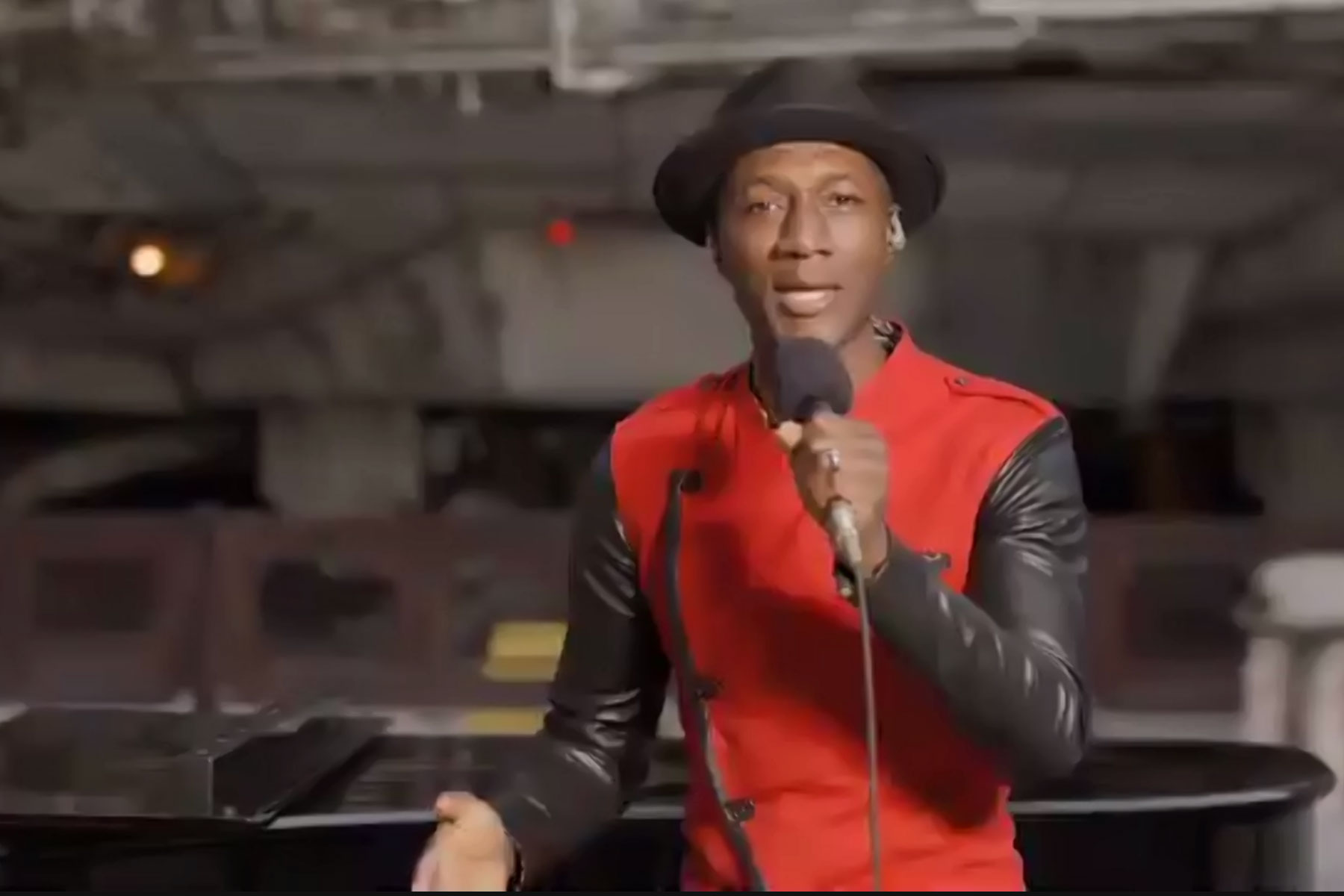 Aloe Blacc performs at the “May the 4th” event. (Photo/Zoom)

The Star Wars legend recalls his Luke Skywalker audition and offers wisdom to students at a USC School of Dramatic Arts event.

Sixty-five scholars from South LA complete the intensive program, and all are going on to college.