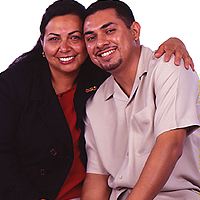 u0000uan Lopez with his mom, Guadalupe. The USC grad ncement May 16, Juan Lopez recalls the f

When Juan Lopez was growing up, just a few blocks north of USC, his parents would take him to the campus where his dad drove a bus.

“It was beautiful, like a little paradise,” Juan recalled.

He also remembers what his mother, Guadalupe, would say on those visits: “This is where you’re going to go.”

Now 23, Juan is about to graduate from USC with a double major in sociology and Spanish, and has been chosen to be one of eight flag-bearers at commencement.

“I was overwhelmed; I was honored to be selected,” Juan said. “For people to recognize you for hard work, it’s a privilege.”

“ ’Flag-and banner-bearer’ does not quite equal an ‘unsung hero’ designation, but that’s close,” said Jonathan Burdick, associate dean of recruitment and retention for USC’s College of Letters, Arts & Sciences.

“We make an effort to identify worthy students who we think deserve some recognition,” Burdick said.

Because Juan’s father, Jaime Ruben Lopez, works at USC, Juan could attend tuition-free, and did so as a commuting student.

He enrolled in fall 1998, intending to study urban planning and development. But sociology soon became his major, in preparation for law school.

“I chose Spanish for the most obvious reason,” Juan said of his second major.

With a current overall GPA of 3.67, Juan expects to graduate with honors. He is a member of the Golden Key Honor Society and the National Collegiate Scholar Society, and has applied to Sigma Delta Pi, the National Spanish Honorary Society.

After commencement, Juan plans to apply to law schools. His first choice, naturally, is USC.

This summer he will prepare for the LSAT exam, which he’ll take in October. He had planned to do so last year, in order to start law school this fall, until a family tragedy struck.

Juan took a semester’s leave of absence from USC to spend the last days with the woman he calls his “second mother” and, after her death, to be with the grandfather for whom he was named, Juan F. Rios.

“If there’s someone to thank, they played a key role in my life,” he said of his grandparents. “To mention my parents would not be enough.”

Juan credits a lifetime of family support for his educational success.

Guadalupe Lopez began volunteering at her eldest son’s school when he was in USC’s Head Start program. She turned volunteering into employment as a community parent representative at the 32ndStreet/USC Magnet program, where she is also a USC Family of Schools facilitator.

With their father’s 27 years of service at USC, Juan’s four younger siblings will be eligible for tuition remission as well, even if Jaime Lopez has retired by the time 8-year-old Jimmy is of Trojan age.

They will have their oldest brother’s encouragement and full support.

“Education is an investment, “ Juan said. “And tuition remission is one of those opportunities that you can’t let slip through your fingers.”