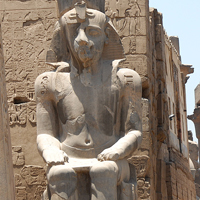 USC School of Cinematic Arts teaching teams will hold workshops in countries such as Vietnam and China, while the campus will host students from Egypt, Mexico, Lebanon and more.

Just because the regular school year has ended doesn’t mean the lazy days of summer have come to the USC School of Cinematic Arts.

With teaching teams deployed around the world and scores of international students arriving over the next two months � including a contingent funded by an exclusive State Department grant � the school has become one of the summer’s hot spots on campus.

“It’s going to be an incredibly active summer,” said Assistant Dean Alan Baker, who in addition to overseeing the school’s scholarship program, develops and coordinates all its international workshops. “We’re set to show the world what students at USC have been experiencing for years.”

On the export side, teaching teams have gone to both the Middle East and Far East. Everett Lewis, a visiting associate professor in production, will return to Jordan, where he’ll conduct a new production workshop at the Royal Film Commission in Amman with writing adjunct Julie Blumberg.

The five-week program, which begins on June 30, will focus on the writing and production of short video pieces.

As the Jordan workshop begins, six USC students led by adjunct production faculty Lisa Leemon and Johanna Demetrakis will wrap up the continuation of last summer’s exchange program with the Communication University of China.

In Beijing since May 21, the students will pair with their Chinese counterparts to produce a series of short documentaries on the city, which both universities hope to showcase in an exhibit during the 2008 Olympics.

Hanoi was the destination for associate professor Jack Epps Jr., senior lecturer Paul Wolff and production chair Michael Taylor, who are working with 34 of Vietnam’s professional filmmakers, instructing them on the responsibilities of the producer and writer. Held from May 15 to May 29, their producing and writing workshop was organized by Baker and the Vietnam cinema department of the Ministry of Culture and Information, with underwriting by the Ford Foundation.

“The goal is to get those enrolled to write a serious treatment and help them with an understanding of global filmmaking,” said Epps before he set off for his first trip to Hanoi. “Their market is very specific, so we want to show them how to make a film their own and look for stories with universal themes.”

Wolff said the group paid specific attention to hiring a Vietnamese interpreter. “The nuances of translation can be a bit tricky, so we’ve asked for an actor who can convey the message visually as well as orally, rather than someone who is used to working with businessmen.”

While Epps and Wolff concentrated on how the filmmakers develop stories that will appeal to Vietnamese and international audiences alike, Taylor helped the filmmakers focus on how to raise money and hire the key creative positions, among other responsibilities.

“It’s not dissimilar to what we teach at USC,” Taylor said. “And it’s exciting and challenging to go to a new culture and share ideas.”

Vietnam also figures prominently in a second program that Baker organized with the Center for Educational Exchange with Vietnam. Funded by the Ford Foundation, the six-week production course, led by visiting associate professor Michael Uno and featuring senior lecturer Chris Chomyn, brings 12 Vietnamese filmmakers to USC from June 2 through July 14.

Besides attending classes on campus, the women and men will go to screenings and seminars presented by the Summer Program and visit a number of industry facilities, including companies that specialize in visual effects, postproduction and equipment companies.

The summer also will find the USC School of Cinematic Arts playing a lead role in a multinational immersion course established through an exclusive $280,000 grant from the State Department’s Bureau of Educational and Cultural Affairs.

Offered to only four schools in the United States, the Fusion Arts Exchange, which includes three other nationwide components in music, digital media and sports management, goes from July 10 to Aug. 17.

The program will feature production professor Jeremy Kagan, writing associate professor Georgia Jeffries and Wolff, who will instruct students from Egypt, France, Lebanon, Mexico, the Philippines and the United States in an intensive screenwriting and film production workshop. The program concludes with Baker accompanying the students on an educational tour ending in Washington, D.C.

“It’s going to be great for the school and extremely beneficial for everyone in the end,” said Baker, who won’t miss the months of planning that led to such a busy time of year. “I can’t say much for my health, though.”

Busy Summer Ahead for Cinematic Arts